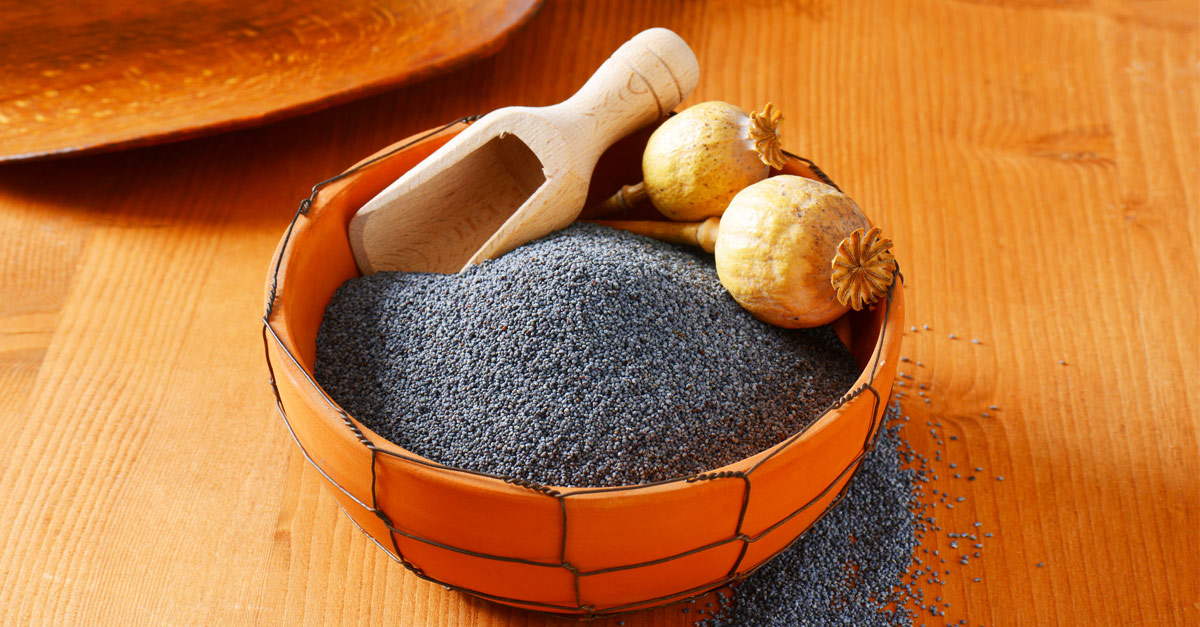 Poppy seeds aren’t just a popular exotic ingredient made famous by its cousin, the addictive drug opium that comes from the same plant. They may also hold the key to your sleep trouble. With a mild tranquilizing effect, this nutrient-rich food can soothe anxiety, ease pain, and relax the muscles to get you a good night’s rest.

[expert_opinion expertname=’kimberlylackey’ opinion=”These tiny seeds are powerful. The seeds come from the opium poppy plant and you can eat them both washed and unwashed. Depending on the version you choose, you will receive different benefits from each. However, both contain many sought-after trace minerals. You can even just try chewing on the seeds for an analgesic effect helpful for tooth aches. Try adding nutmeg to the poppy seed milk for added anxiety relief.”]

As one study found, after consuming a poppy seed drink, cortisol levels in the body dropped, effectively calming the body down as the levels of the stress hormone went down. More significantly, however, circadian rhythms in test subjects with a circadian rhythm disorder (associated with insomnia) showed a marked improvement and these individuals were less fatigued. Symptoms of insomnia improved. Additionally, there was also an improvement in restless leg syndrome and parasomnia, which are also commonly linked to sleep disorders.1

having plenty of calcium and potassium, poppy seeds are also rich in magnesium.4 Along with potassium which can help raise sleep efficiency,5 magnesium too has been proven to improve not just the duration of your sleep but also the quality of sleep you get. Magnesium is also associated with a feeling of tranquility, with studies confirming its role in treating sleep problems, including insomnia.6

These tiny seeds are also known for their painkilling properties and can help if your insomnia is triggered by some form of pain and discomfort. Due to its analgesic properties, it can ease chronic pain, allowing you to get a breather from the incessant aches and sharp twinges. Once the most harsh pain is dulled, you will find it easier to fall asleep. Problems like toothaches and headaches seem less of a hurdle to falling asleep with the sharp edge of pain taken away. Topical application of a paste made from poppy seeds can also help with joint pain.

As a result, withdrawal symptoms – not unlike what you may experience with an opium addiction – have also been seen in some regular consumers of poppy seeds.10

It is the codeine and morphine in poppy seeds that present a potential addiction problem. By soaking and then rinsing poppy seeds before using them, you can prevent ingestion of these substances that may be present due to contamination. Cooking the poppy seeds (as you would when you use them in your baking) is also said to eliminate much of the offending components. One suggestion is to limit intake to no more than a couple of spoons to avoid any of the extreme side effects.