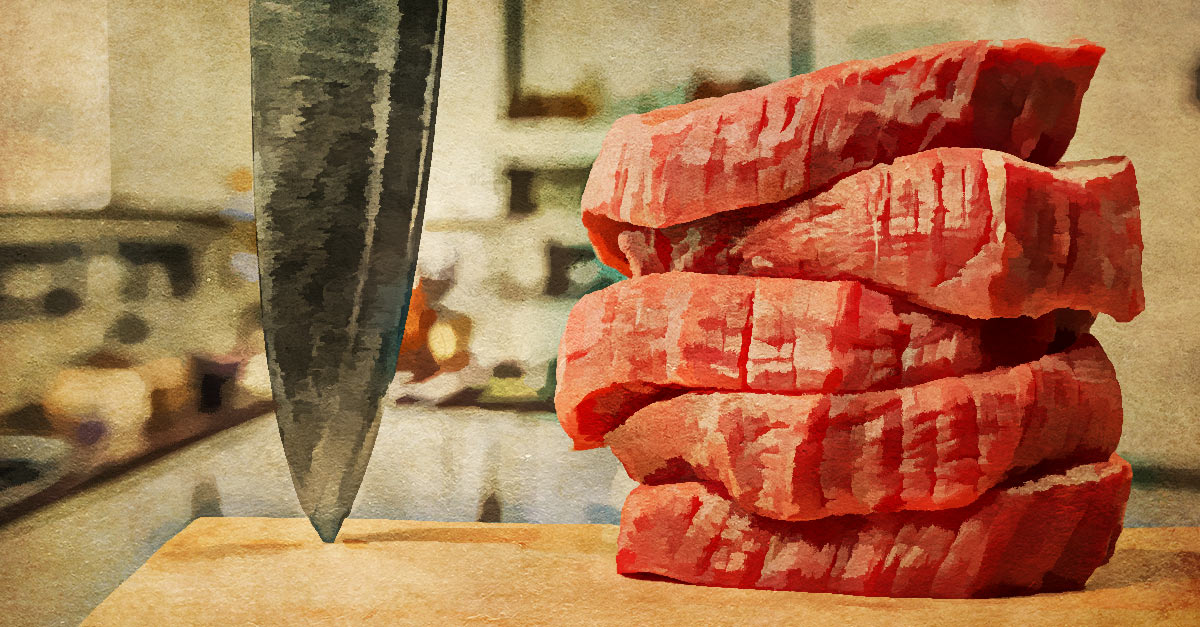 Most delicacies around the world have meat in them. And, if you’re a foodie, then you’re bound to love your protein and have a preference for how it’s cooked.

Of late, however, the health industry has been pushing for a shift to consuming more plant-based foods to reduce people’s carbon footprint and improve their health.1 And, a lot of people who’ve tried to make this change experience an intense craving for meat. There isn’t enough research to indicate just what causes this craving. But, here are 4 possible reasons why you have a hankering for steak.

1. You’re Attached To It

Recently, three sequential studies looked into consumer attitudes towards meat. They all came to the conclusion that most people derive a sense of pleasure from meat. They might also have an affinity for and depend on it.

This led them to conclude that there’s a sense of attachment to meat that prevents people from shifting to plant-based diets. So, if you tend to crave meat after you’ve gone a day without it, this might be why.2

Protein deficiency is difficult to achieve, but if you’re low on it, you’re likely to crave it. Studies indicate that humans have a strong appetite for protein, and if they don’t get the necessary proportion of it, they might be driven to eat more of it.3

In fact, the “protein-leverage” hypothesis by professors Stephen Simpson and David Raubenheimer from the University of Sydney, states that animals have a fixed protein target. And, even if they’ve had more than enough of other macro-nutrients, they are likely to crave protein.  They might even overeat to achieve it.4

However, according to the Amercian Heart Association, most Americans are consuming more protein than they need. So, while a lack of sufficient protein could be the cause of your meat craving, the possibility is very slim.5

Although there aren’t enough studies to back this claim, an iron deficiency might be the cause of your craving. This is especially true for red meat cravings. One reason for this could be the fact that the best and the most bioavailable (easily absorbable) sources of protein animal-based foods, such as meat, chicken, and fish.6 7 Zinc deficiency is also linked to red meat cravings.8

Advertisements
most experts believe that a deficiency in vitamin B12, folate, or magnesium might also trigger meat craving. However, there is no research to back this claim. So, even if you aren’t looking to cut out meat or lower its consumption, if you are craving meat excessively, then it might be worth getting a checkup done for any vitamin deficiencies.

Pregnancy is known to come with its set of cravings. And, meat might just be one of them. Recently, a study was conducted on the dietary cravings of pregnant women in Tanzania. From all the foods that they craved, meat was at the top.9 Other studies further indicate that most vegetarian and vegan women develop cravings for meat during pregnancy.10

Lastly, it’s possible that your craving for meat is, in fact, a craving for junk food. After all, we’ve all had those cravings for cheeseburgers. Studies indicate that people tend to crave high-fat, high-protein, and high-salt foods. And, that giving up any of these foods might lead to withdrawal symptoms like irritability and anger.11 12 Although, whether food can be addictive is still up for debate, this could be a plausible reason why you’re craving meat.

Advertisements
you’re trying to cut out meat from your diet, be sure to do it slowly. Additionally, incorporate several different sources of plant-based protein foods to get all the essential amino acids. And, whether you choose to eat meat or switch to more plant-based sources, don’t forget to limit your meat consumption to 15% of your total daily diet as recommended by the government.13
Advertisements