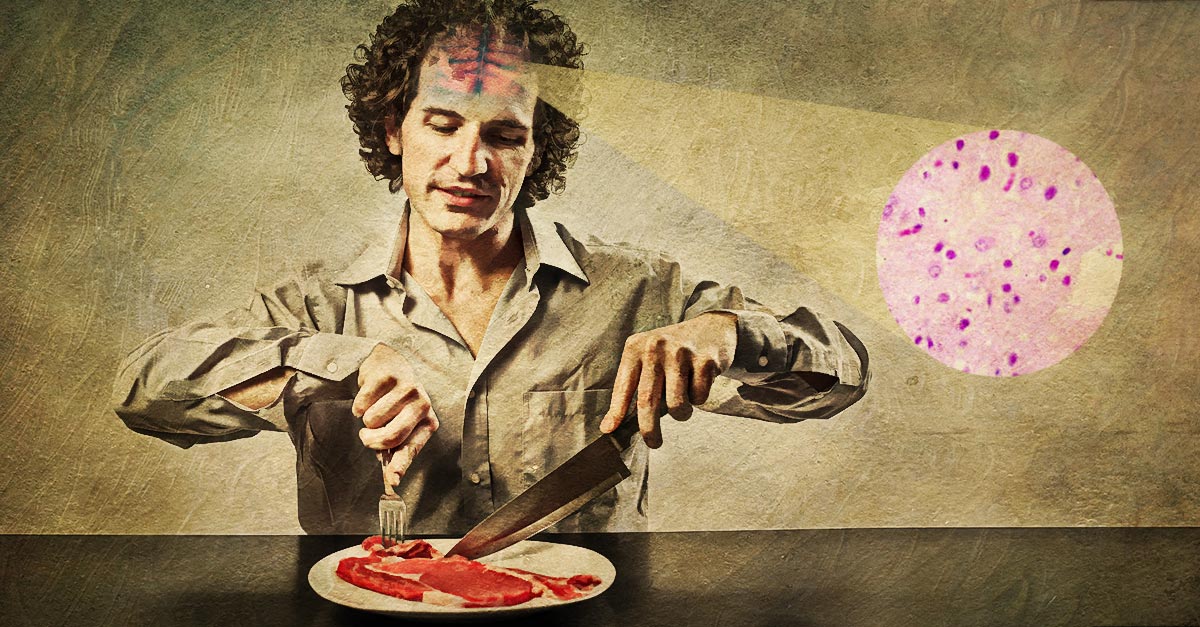 With sporadic cases of mad cow disease rearing its head across the world, it’s only natural for you to be worried if you are a meat eater. While people who handle infected meat can be at risk, understanding how the disease works in humans and taking adequate precautions is your best line of defense as there is no known cure. Here’s what you need to know about this rare but fatal disease that’s led to casualties among cattle in large numbers and in humans to a lesser extent.

Bovine spongiform encephalopathy (BSE), commonly known as mad cow disease, is a disease of the nervous system that primarily affects cattle. It gives their brain a spongy appearance and leads to poor coordination.

It was first identified in 1986 in the United Kingdom via a large outbreak among cattle.1

While the exact cause of BSE is still not clear, diseased proteins called prions may be responsible for the disease. A prion is a normal protein that sometimes folds into an abnormal shape for unknown reasons. It can bind to other proteins of the same type and also force them to change. This chain reaction spreads the disease and continuously creates new infectious material.2 3

The species barrier prevents mad cow disease from affecting humans in the exact way it affects cattle. But we are susceptible to a variant form of this condition known as variant Creutzfeldt-Jakob disease (vCJD). In fact, scrapie, BSE, and Creutzfeldt-Jakob disease (CJD) are all prion diseases or transmissible spongiform encephalopathies (TSEs). However, scrapie is not known to be transmitted to humans. 4

vCJD is a rare but fatal degenerative condition that affects the brain and causes symptoms like involuntary movement and behavioral changes. When humans are infected, the diseased prions interact with healthy brain prions and force them to act abnormally. Just like BSE, this is a gradual process that finally creates holes in the brain tissue, giving it a sponge-like appearance.5

of vCJD is still an uncertain science in most cases. But here are the main tests that will be run by your doctor.

The diagnosis of vCJD is usually possible only after a thorough neuropathologic examination of brain tissue. It is important that the condition is diagnosed early in order to get at the real cause of the early dementia-like symptoms. If you suspect vCJD symptoms because you may have worked with cattle or in the meat industry, you need to consult your doctor.13

In 2011, scientists at the Medical Research Council (MRC), UK, were able to develop a one-of-its-kind blood test to detect variant Creutzfeldt-Jakob disease. The test is designed to pick up the presence of prions in an individual’s blood. The test is 100,000 times more effective than other diagnostic tools because it can detect vCJD before the symptoms begin to show. This is extremely helpful in starting treatment early and even in preventing the spread of the disease by stopping the patient from donating blood.14

The tonsil biopsy works almost 100 percent because it is based on the premise that vCJD prions spread over a larger area of tissue when compared with other prion diseases. Since tonsil biopsies indicate the presence of the infection even before the symptoms begin to appear, it is also considered a possible preclinical diagnosis method.15

Elimination of other conditions is often another way to diagnose the condition. It is usually vCJD if:

8. No Proven Cure For vCJD, So Prevention Is Key

Unfortunately, there is no proven cure for vCJD at present. So, treatment usually involves medication targeted at individual symptoms and alleviating discomfort.17 Prevention is the only way.

Most countries have taken steps to prevent the entry of BSE-infected tissue in the food supply through tight restrictions on animal feed, monitoring of cattle health, strict regulations on the import of cattle, and restrictions on what parts of cattle can be processed for food. However, exercising caution on a personal level is your best bet when it comes to prevention.