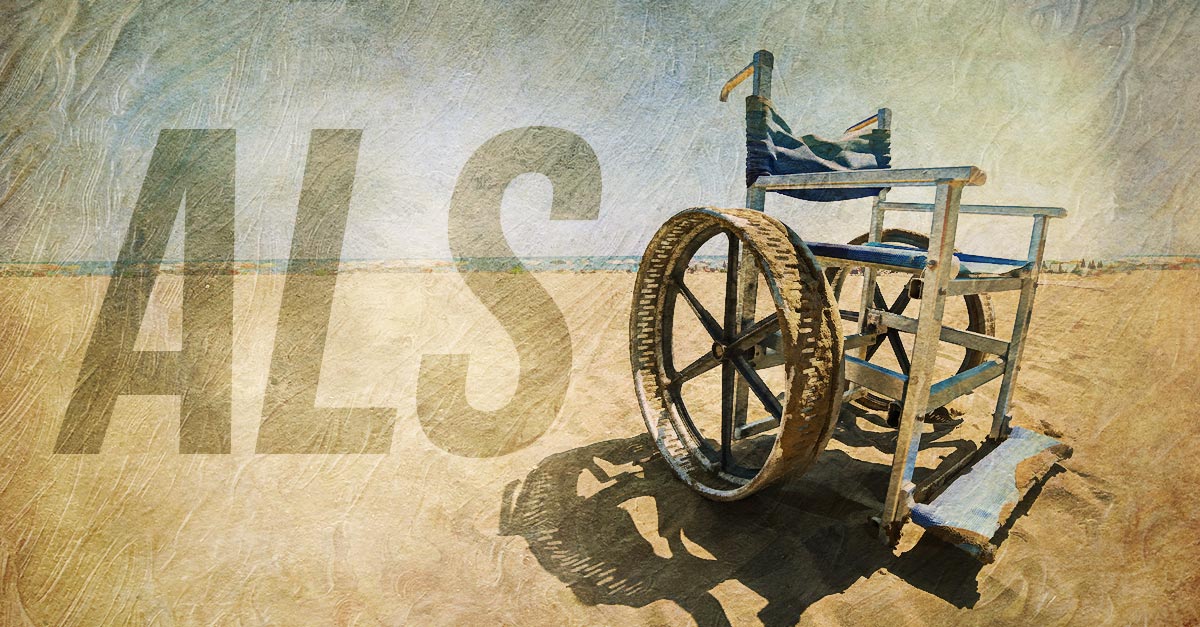 Amyotrophic lateral sclerosis (ALS) is a rare neurodegenerative disease that affects nerve cells in the spinal cord, brain, and brain stem. A motor neuron disease, it is also known as Lou Gehrig’s disease, after the famous baseball player who died of the ailment in 1941. Here’s an overview of the condition to help you understand and manage it better.

Motor neurons are cells in the brain and spinal cord that regulate our body’s basic voluntary muscle activities, be it walking, breathing, swallowing, or talking. These get eroded in ALS. As the disease advances, the affected nerve cells die and stop communicating with the connected muscles. These muscles, in turn, stop functioning normally and slowly weaken and waste away. Patients in advanced stages of the disease may even become completely paralyzed.1 2

ALS is not an inherited disease in most cases. In fact, just 10% of cases have been found to be familial ALS (FALS), where over one person in the family has ALS. A family history of frontotemporal dementia has also been linked to FALS. Studies suggest that gene mutations are the likely cause of FALS, with autosomal dominant being the most common pattern of inheritance. This means that a parent who has the mutated gene has a 50 percent chance of passing that gene to all their children. In such families, there is an increased chance that someone in each generation is affected by ALS and/or dementia.3

On the other hand, 90% of ALS cases are instances of “sporadic ALS” where the person is the only one in a family with the disease. The causes for sporadic ALS are yet not clear, but it is speculated that a combination of environmental and genetic risk factors is at play here. People with FALS often start showing symptoms at earlier ages than people with sporadic ALS.

Advertisements
rarely affects people under 40 but after that, there is an exponential risk of developing the disease. The typical age range when patients show symptoms of FALS is between 40 and 60 years. In case of sporadic ALS, this age range is higher at 58–63 years.

However, this does not mean that individuals under 40 or the elderly above 60 cannot develop ALS. In fact, in a few rare cases, ALS has been known to affect young adults in their 20s too. Also, the largest number of patients with ALS are between 70 and 79 years of age. These figures only add to the many puzzles surrounding this progressive disease.4

Men seem to be over 20% more likely to get ALS than women, especially in younger age ranges. But with increasing age, ALS tends to affect both men and women equally.5 While the exact causes of this are not clear, some researchers speculate that some factors may play a role – for instance, men may be more exposed to more environmental toxins than women and the biological responses to these may also be different. Similarly, gender-based variations in the nervous systems and how the bodies repair any damage may also be deciding factors.6

So far, scientists have no definite answers as to what triggers ALS. While age, sex, and genetic causes are established risk factors, studies indicate some other potential risk factors:7

6. Muscle Weakness, Slurred Speech, And Twitching May Be Early Signs Of ALS

7. Diagnostic Tests Are Needed To Distinguish ALS From Other Motor Neuron Diseases

In its early stages, ALS is difficult to diagnose accurately. Many symptoms resemble those associated with Parkinson’s disease, stroke, and other motor neuron diseases. The following tests may be required to rule out other conditions and confirm a diagnosis of ALS: