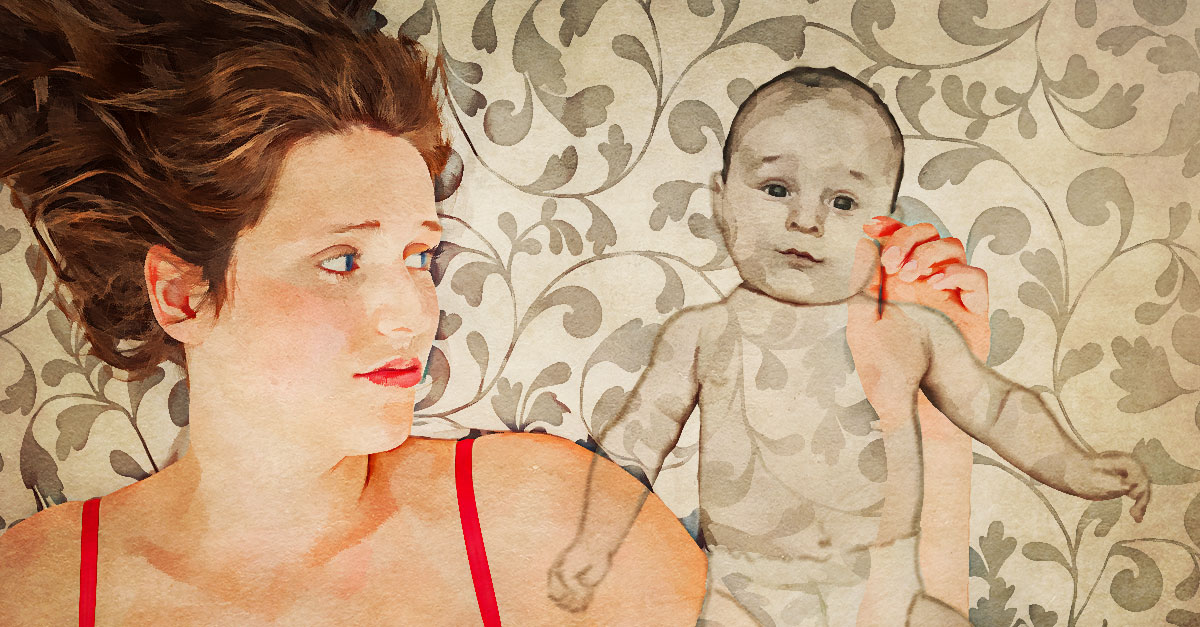 Losing a baby before you even got to know them can be just as heart-wrenching as loss of any loved one. But miscarriage is often just nature’s way of intervening when things don’t go to plan. As much as people around you might rationalize it, you may still wonder what went wrong. And if there was anything you could have done to prevent it. Remember, a miscarriage is more likely to be the result of something beyond your control. Understanding what causes a miscarriage might help you find some closure and take precautions for future pregnancies.

Miscarriages: Pregnancies That End On Their Own By Week 20 of Gestation

A miscarriage is a pregnancy that self-terminates before you hit the 20th week mark of your pregnancy.2 During a miscarriage, you may have cramping, abdominal pain, bleeding, or vaginal spotting and notice tissue or fluid passing out from the vagina.3

Most Miscarriages Happen In Early Pregnancy

According to the American College of Obstetricians and Gynecologists, about 10% of all pregnancies will end in a miscarriage in early pregnancy.4

The majority of miscarriages happen in the first trimester. In fact, as many as 8 out of 10 miscarriages, on average, happen during this period.5 Which is possibly one of the reasons for the traditional wisdom of not announcing the pregnancy to the world at large until you are past this mark. A pregnancy that is lost in the first 13 weeks counts as an early pregnancy loss or miscarriage. Medical professionals may also refer to this as a spontaneous abortion, as opposed to an elective/voluntary one.6

Contrary to what you may have heard, exercising, working too hard, having sexual intercourse, or being on birth control pills prior to getting pregnant does not cause miscarriages. Rumors of morning sickness being linked to early pregnancy loss are also old wives’ tales. Even a sudden shock or fall is unlikely to cause such a loss unless especially severe or directly impacting the fetus.7

Medical professionals say that around 50% of miscarriages in the first trimester are due to abnormal chromosome count in the embryo. This may be because the egg or the sperm didn’t come with the complete set of 23 chromosomes needed to make up the full 46 that the embryo needs to become a baby. Development of the embryo as the pregnancy progresses will also be abnormal and could result in a miscarriage.8

Advertisements
in the second trimester (between weeks 14–26) tend to be linked to a health problem in the mother.9 Here are some possible causes:

If you are here because you want to avoid a miscarriage and would prefer to err on the side of caution, avoid exposure to smoke and give up on smoking yourself too.15 The Centers for Disease Control and Prevention say that women who smoke while they are pregnant are likelier to suffer a miscarriage than women who don’t. Even if you do dodge that bullet, it also raises your risk of having a preterm birth or a baby with a low birth weight.16

Drinking when you are pregnant could raise your risk of miscarriage as well as of stillbirths, premature births, and even sudden infant death syndrome (SIDS) after your baby is born. And yes, it doesn’t matter even if you drink very small to moderate amounts, that risk still exists even if you aren’t a heavy drinker.17 The health authorities warn that there is no known safe amount of alcohol that you can consume when you’re expecting. They also go on to say that there isn’t a specific type of alcohol that they deem safe. Likewise, there isn’t a safe time or window in which it is okay to drink without affecting your pregnancy or your baby.18 Needless to say, the same goes for drug abuse.19

The jury is out on whether or not caffeine causes a heightened risk of miscarriage. While some researchers say it does, others disagree. As of now, since there are mixed results, we can’t be sure. Which is why, until more conclusive research is done, it is best to cut caffeine intake and have no more than 200 mg (the amount in a 12 oz cup of coffee) a day.20

Get Help And Counseling If You Need It

An early pregnancy miscarriage will normally pass out from your vagina accompanied by some cramping and the passage of fluid/tissue. You may not require any treatment after this. If, however, there is some tissue left in your uterus, a doctor may need to give you medicines or perform a dilatation and curettage (D&C) procedure to remove this tissue. Do ensure you get the right medical help as well as support from your friends and family. Many women also benefit from speaking to a counselor to deal with the grief.21

Your Future Pregnancies Won’t Be In Jeopardy

If you have had a miscarriage and are concerned about whether or not you can have a successful pregnancy, take heart. Your body is technically ready to ovulate as early as two weeks after you’ve had an early pregnancy loss. First trimester or early pregnancy loss, in particular, is seen as a one-off event and not usually linked to repeat miscarriages. If, however, you had an underlying health problem or lifestyle factor that contributed to the pregnancy loss, it is best to deal with that first before trying to get pregnant again.22