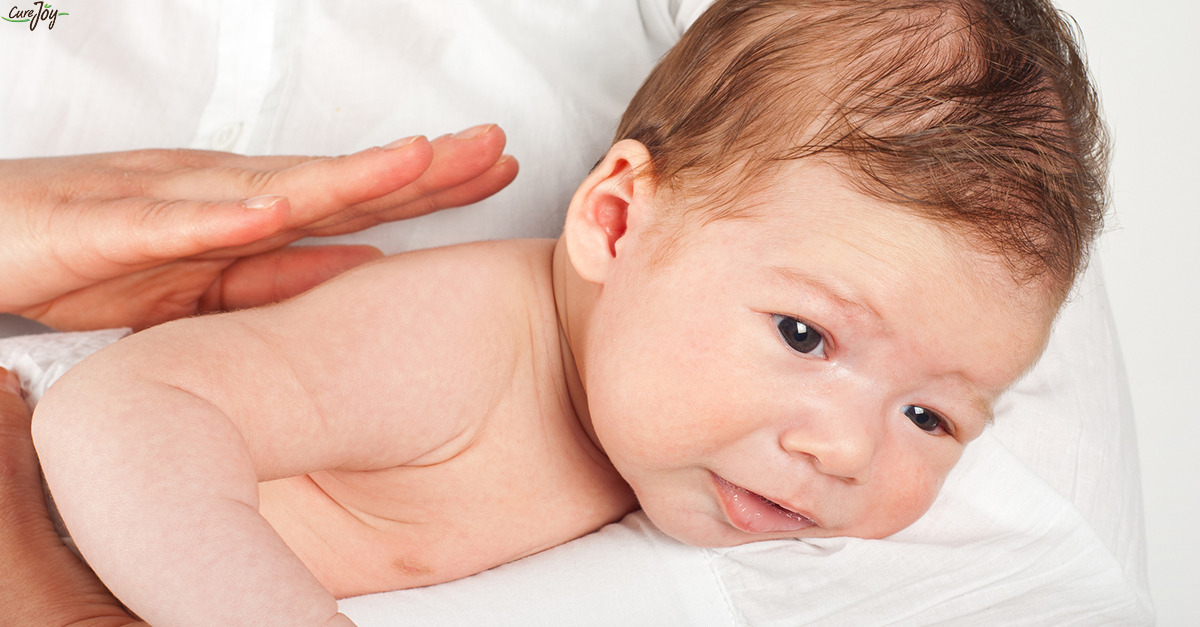 If your baby is throwing up more often, it might be a cause for worry. Throwing up after feeds isn’t unusual for babies. That being said, mothers must know the difference between spitting up and vomiting.

Difference Between Spitting Up And Vomiting

When your baby spits up after feeds, it is a reflux that occurs effortlessly. If your baby slowly spits up the milk it doesn’t mean their stomach is upset. It normally happens due to two main reasons, which are common and nothing to worry about.

Your baby’s stomach and esophagus are still developing. Sometimes, as a malfunction, their stomach contracts to push the milk up the throat. The second reason is that babies tend to swallow air during feeds, which when they burp out brings along the food in the form of liquid.

Vomiting happens when the abdominal muscles and diaphragm contract, causing the baby to throw up the food with force. The contents of the vomit are more as compared to when they spit up—you baby will feel uncomfortable and might cry out of discomfort it causes.

Reasons For Vomiting In Infants

If your baby has a nasal congestion or a respiratory infection, they might vomit while coughing. Swallowing excess mucus can irritate the throat and stomach and trigger vomiting. This is also the body’s way to clear excess mucus from the body.

Vomiting could also be a symptom of bacterial and viral infections like stomach flu, diarrhea, ear infections, pneumonia.

Your baby could be vomiting if they have swallowed a toxic substance, which could be a chemical like medicine or a plant. Food poisoning is another cause of vomiting.

1.Check whether there was something around them that could act as a poison for your little one.

2. See whether they have swallowed it whole or it is still in their mouth—remove it.

Like any adult, a baby can also feel nauseous due to motion sickness. If you are going for a long trip or your daily routine involves traveling with the baby, they might develop motion sickness and vomit if he just had his feed.

4. Blockage In The Intestines

Continuous vomiting can occur due to intestinal obstruction—a sign of this is green bile in the vomit. If this is the case, visit a pediatrician immediately.

Pyloric stenosis is a rare condition in which the muscles from the stomach to the intestines become thick and don’t allow the food to pass further into the gut. It can lead to persistent vomiting and requires immediate medical attention—it can be corrected with a surgery.

How To Deal With Vomiting?

If your baby has vomited, keep them hydrated as they have lost fluids and minerals from their body. Give them a solution of oral rehydration solution (ORS) every few hours. If the doctor recommends keep breastfeeding them as usual.

Let your baby sleep—sleeping can give them some rest and provide them some relief. After 24-48 hours, you could start giving them easy-to-digest foods like yogurt or continue with breastfeeding or formula-feeding.

Avoid giving over-the-counter medication to your child. Consult your doctor immediately if your baby has any of the following symptoms—fever, vomits repeatedly and forcefully, develops shortness of breath, symptoms of dehydration like dry mouth, refuses feed or vomiting continues for 12 hours or more, with bile or blood in the vomit.

Advertisements
sick and distressed baby could be scared or irritated. Keep them close until they recover—if you send them to nursery wait for a day or two until they recover. Make sure they take more rest when they are ill.