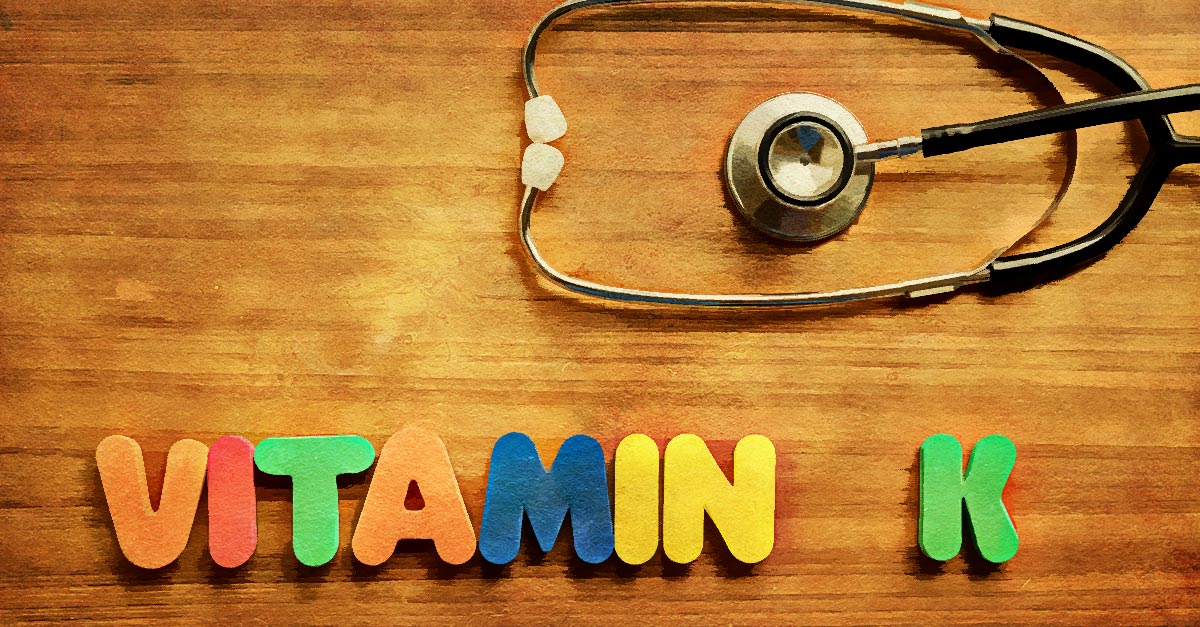 Adult men need 120 mcg of vitamin K and women need 90 mcg a day, even when pregnant or lactating. No individual recommended or adequate intake levels have been set for K1 and K2. Not having enough of vitamin K could cause excessive bleeding from wounds, gums, gastrointestinal tract, or nose as well as heavy menstrual periods and bone density loss.1

You can get some MK-4 by converting K1 in the tissues without the help of bacteria, but for all the other subtypes, bacteria are required.

Leafy green vegetables, legumes, and vegetable oils are common dietary sources of vitamin K1. The greener the better too, as the outer green layers are richer in K1 than the pale inner leaves. Fruits and vegetable peels are also believed to be rich in vitamin K so try to incorporate them into your meals.3 4

It’s difficult to get enough K2 from the diet though it is available in a number of animal foods since the quantity depends on a number of factors like how the animals are raised, or what sort of bacteria is involved in the production.

Advertisements
produce some amount of K2 from K1 in the intestine with the help of bacteria, the only exception being MK-4, which is produced in the peripheral tissues without bacteria. But experts think the amount of K2 absorbed from the gut is a small fraction of what is needed. So you need to get the most from your food or supplements. Information on foods that contain K2 is limited. Even the USDA does not yet list all the subtypes of K2 except MK-4. But it is now known that vitamin K2 is found mostly in animal-based foods, such as grass-fed meat, organ meat, dairy (unpasteurized), and eggs, as well as fermented foods like natto, cheese, sauerkraut, miso, and kimchi.11 But all subtypes may not be found in a given source or in a significant amount. For instance, animal products are good sources of MK-4, but the longer chain subtypes from MK-5 to 13 are mostly found in greater quantities in fermented food since they need to be produced by bacteria.

Advertisements
a 100 g serving of each of the following has:

K2 Is Better Absorbed And Circulated In The Body Than K1

How much benefit you derive from a certain nutrient doesn’t depend only on the amount you consume but also on how bioavailable it is – that is, how well the nutrient is absorbed and how long it stays in circulation.

K2 Is Absorbed Better Because It Is Found In Fatty Foods

Remember, trans fats decrease the absorption of vitamin K in the bones. A diet low in greens and fermented food as well as regular use of certain drugs like antibiotics can deplete vitamin K levels in your body.

The rate of absorption of a fat-soluble nutrient like vitamin K also depends on the amount of fat in the food source. So since vitamin K2 is found in fatty foods like meat or milk, it is better absorbed by the body, though information on the rate of aborsption is limited. On the other hand, it has been found that less than 10% of the vitamin K1 found in plant sources is absorbed.23 24 But having them with a healthy dietary fat can enhance absorption severalfold.

Since the length of the side chain can determine how long each K vitamin circulates in the blood, K2s above MK-4 circulate in the blood longer than K1. This in turn leads to better utilization in tissues located throughout the body. In fact, MK-7 stays in the blood for days, while K1 (also MK-4) may stay in the blood for an hour during which it is primarily transported to and used by the liver.25 26

Vitamin K has three main functions, blood clotting, protecting the bones, and protecting the heart. And while both K1 and K2 are required for these functions, because of the difference in structures and rates of absorption and circulation, one form might be more effective than another.

Vitamin K1 plays a critical role in the clotting of blood. Its deficiency can cause bleeding disorders. That said, recent research has pointed out that vitamin K2 is just as important. In fact, one study found that a single serving of vitamin K2-rich natto altered measures of blood clotting for up to 4 days. So, be sure to mix up your sources of vitamin K.27

Vitamin K2 takes the cake when it comes regulating the calcium present in the body. It is vital for the bones and their mineralization – a process of laying down minerals on the matrix of the bone. In Japan, where a few studies have been conducted on how K2 (MK-4) supplementation affects the bone, it has been found that it prevented vertebral fractures by 60%, hip fractures by 77%, and nonvertebral fractures by 81%.28 Another study on patients of osteoporosis showed that vitamin K2 supplements maintained the lumbar bone density of the participants and reduced the incidence of fractures, as opposed to calcium and placebo supplements. The K2 group also had 65% fewer fractures. In another study, menopausal women who took 180 mcg K2 (MK-7) for 3 years lost less bone mineral density in parts of the spine and femoral bone.29 30

Broadly speaking, vitamin K1 has a more pronounced effect on blood clotting, and vitamin K2 is more effective in preventing bone loss and protecting the arteries. Experts think that a typical healthy diet gives sufficient K1 to keep up the blood-clotting functions but not enough K2 to exert beneficial effects on the heart and the bones.

In other studies, while vitamin K1 wasn’t seen to be as efficient as K2, supplementing with it also reduced the incidence of fractures by 50%.31

While supplementation with K2 hasn’t caught on in the USA, it is a standard of care in Japan. Natto and other fermented food are possibly responsible for lower rates of bone loss among the Japanese.32

K2 Prevents Calcium Deposition In The Arteries And Protects The Heart

Vitamin K activates a protein called matrix gla-protein (MGP) that prevents calcium from depositing in the arteries. These calcium deposits lead to the development of plaque which leads to heart disease. Some studies have shown that vitamin K2 might be more beneficial than vitamin K1 when it comes to this benefit.33 One cohort study on healthy women even found that every 10 mcg increase in K2 intake reduced coronary events by 9%.34

That said, an ideal diet needs to include both types of vitamin K, because absence of either seems to worsen existing health niggles. More health benefits of vitamin K2 are being researched, and it seems K2 may have a role to play in prevention of cancer and Alzheimer’s.35 Further research is needed to fully understand which of the two K vitamins is more crucial.

K1 Deficiency Is Rarer, But You May Lack K2

Recommended or adequate intakes for K1 and K2 have not been established individually, so it’s difficult to detect a deficiency. However, deficiency of vitamin K, chiefly K1, is rare in people eating a healthy and balanced diet because it is found in most vegetables, spices, and herbs. Your body can also turn some of the K1 from veggies into K2 but as the conversion takes place in the colon, absorption is low due to the absence of bile salts. Even if you eat animal products and fermented food, you may not get as much K2 to exert protective benefits. This is because not everyone can have natto or goose liver pate, the richest sources of K2, on a daily basis. And while cheese and dairy do contain K2, the levels vary depending on country of origin and techniques of animal husbandry.

People who have poor fat absorption or bacterial imbalance, such as those with chronic conditions like cancer, gallbladder disease, cystic fibrosis, celiac disease, chronic pancreatitis, or Crohn’s disease, also have low K levels. Those on antibiotics and anticoagulants too may suffer from a deficiency. As the body doesn’t store K, poor dietary intake can cause a deficiency. And as the modern Western diet is considerably low on vegetables and fruits, the risk of a deficiency cannot be ignored even in healthy people.

Newborns also have low levels of vitamin K and are given a menadione (also called vitamin K3) injection. So newborns who haven’t been given the shot or are solely fed breastmilk, which is low in vitamin K, or whose mothers take medicines for seizures and blood clotting disorders are at risk too.36

A Word Of Caution: Vitamin K Can Interact With Medications

It’s best to get any nutrient directly from the diet, but if you must consume supplements, have a word with your doctor. Most over-the-counter vitamin K supplements in the USA contain vitamin K1. Before you purchase K2 supplements, find out about a reliable brand.

Since vitamin K helps clot blood, if you are on blood thinners, you should either reduce the intake of or entirely avoid both K1 and K2.37 Statins, which are cholesterol-lowering medications, may also reduce the amount of fat your body absorbs and thus, vitamin K. On the other hand, if you are on vitamin D supplements, make sure you get more K2 to replenish for the amount used up by vitamin D.