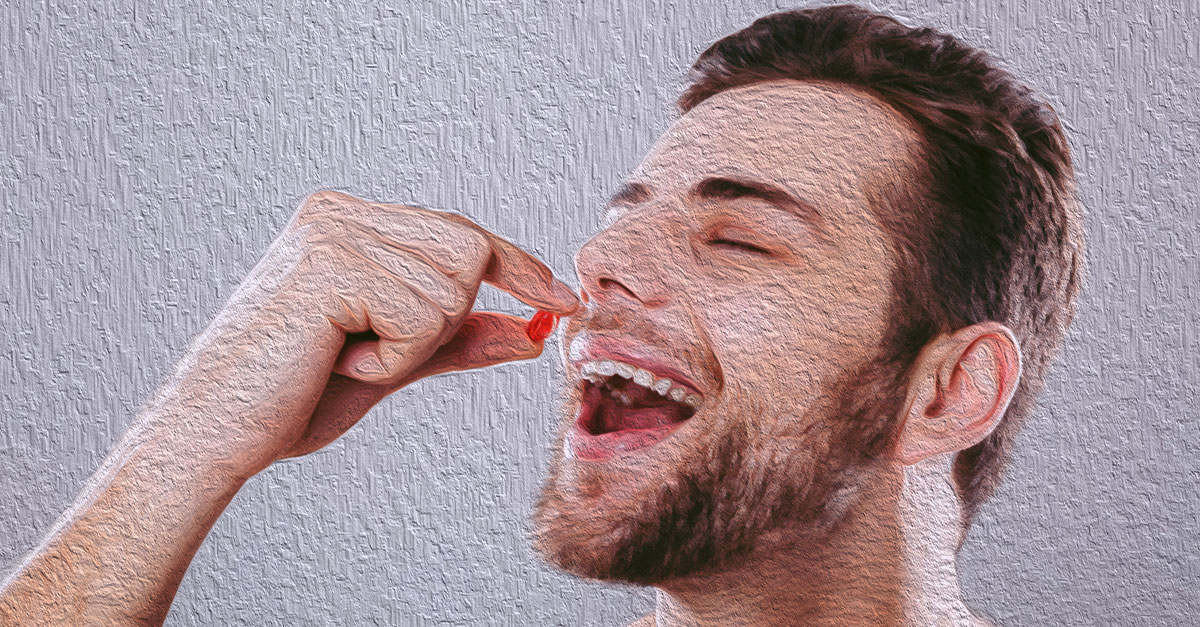 We all know how vital vitamin B12 is for the production of DNA, nerves, and red blood cells. But that’s just the beginning of the story! Just like your brain and immune system, your reproductive organs also need a healthy dose of B12 to stay in good shape. And while the spotlight is often on its role in women’s reproductive health, men also have as much to gain (or lose!) from this vitamin. Here’s a closer look at how vitamin B12 calls the shots in men’s fertility and sexual health.

Vitamin B12 plays an important part in the production and development of sperm. By extension, when you are deficient or have low levels of B12, it can take a toll on your sperm health. Studies show a link between a lower concentration of plasma vitamin B12 and infertility in men.1 B12 supplementation has shown promise and is, in fact, recommended when sperm count is affected. One study found that when 1,500 mcg of methylcobalamin, a form of vitamin B12, was administered daily to infertile men for a period ranging from 4 to 24 weeks, the total sperm count increased in 53.8% cases and sperm concentration increased in 38.4% cases.2 Further research will help firm up how exactly B12 can help and how to increase the success rate.

estimated 1.5–15% of the population suffers from vitamin B12 deficiency. This includes people with Crohn’s disease, pernicious anemia, or celiac disease, as they often have difficulty in absorbing this vitamin from food. Older people who don’t have sufficient hydrochloric (stomach) acid can also face problems processing the vitamin. Vegans and vegetarians are also at risk of a deficiency since plant-based foods do not contain sufficient amounts of vitamin B12. Here’s a list of vegan sources of vitamin B12. People on antacids or proton pump inhibitors also suffer from B12 deficiency due to suppressed stomach acid.

Vitamin B12 Deficiency Can Affect Both Sexual And Mental Health

A deficiency in vitamin B12 can have a wide range of consequences. Along with fertility and sexual problems, you may experience weakness, tiredness, constipation, megaloblastic anemia, problems with balance, dementia, confusion, depression, poor memory, sore mouth or tongue, loss of appetite, or weight loss. It can even damage the nervous system.9

Vitamin B12 Overdose May Raise Risk Of Colorectal And Lung Cancer

Advertisements
while you need vitamin B12 to stay healthy, excessive intake can actually be harmful. Some studies have found that increasing the intake of vitamin B12 upped the risk of colorectal cancer in men.10

Another recent study found that taking vitamin B6 and B12 supplements for a long time significantly raises the risk of lung cancer in men, particularly smokers. Researchers speculate that these otherwise protective vitamins might be feeding tumors and causing them to grow faster.11 12 However, it’s unclear whether B12 derived from whole foods rather than supplements would produce a similar effect.

To improve fertility, increase your B12 intake. However, make sure you consult your doctor before opting for supplements as excessive intake may cause more harm than good.