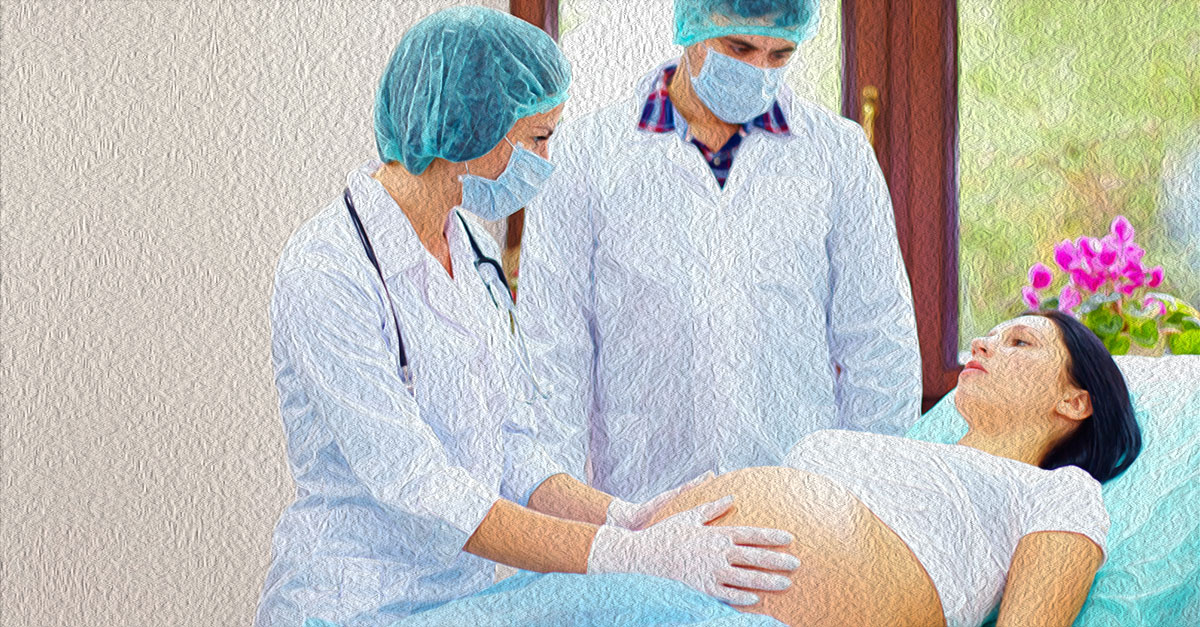 Giving birth the traditional way without surgical intervention may be something you have always wanted. But if a medical emergency, the position of the baby, or some other complication of the pregnancy meant that you had a cesarean section previously, how does that affect future pregnancies? If you’re wondering about risks associated with a vaginal birth after cesarean (VBAC), you are not alone. According to the Centers for Disease Control and Prevention (CDC), nearly a third of all births in the United States are via cesarean or C-sections, making this a matter of concern for a lot of women as they plan their next baby.1

1. VBAC May Pose Risks For Both Baby And Mother

What you need to start with is an awareness that a VBAC is not without its own risks. Here’s a look at some of them.

One of the biggest concerns around VBAC stems from the possibility of having a uterine rupture. This may happen if your old cesarean scar on the uterus breaks open due to the effort of labor and the strain of a vaginal delivery. Should this happen, it can be potentially life-threatening to you and your baby and is best avoided if you are considered at high risk of rupture.2

About 1 in 300 or 0.35% of VBAC labors results in uterine rupture. Your doctor or an experienced midwife can monitor the progress of delivery to check for abnormalities like pain between contractions, bleeding, or changes to your heartbeat or your baby’s that can warn of a potential complication or rupture during VBAC. They will switch to a cesarean if they suspect a possible rupture.3

For most women, however, the risk is not high. In fact, if you’ve had a low transverse incision or “bikini cut” in your earlier pregnancies, the risk of having a uterine rupture while attempting a vaginal delivery is as low as 0.2% to 1.5%.4 This type of cut tends to bleed less than other types of incisions and results in scar tissue that is stronger, making your uterus less likely to have a tear.5

Increased Risk of Bleeding And Infection From Emergency Cesarean Section

If your VBAC goes wrong midway, your doctor may need to perform an emergency cesarean section. Unfortunately, this is associated with greater risk of bleeding as well as a higher chance of your contracting an infection from the procedure.6

The Royal Australian and New Zealand College of Obstetricians and Gynecologists also caution that the risk of brain damage or death for a baby is marginally higher if you opt for a VBAC than if you choose to opt for a repeat cesarean section.7

Overall, fetal mortality rates as well as perinatal and neonatal (before and after birth) mortality rates are lower in women who opt for elective repeat cesarean section delivery than in those who choose to attempt a VBAC and go through labor as with a normal vaginal birth (trial of labor).8 However, maternal risk is lower for trial of labor, the precursor to VBAC, than for elective repeat cesarean delivery.9

2. Obesity, Preeclampsia, And Other Factors Make VBAC Risky For Moms-To-Be

If you are someone with prior instances of uterine rupture, someone who has had uterine surgery, or have pregnancy complication or health problems like heart disease, diabetes, placenta previa, or genital herpes, a cesarean section may be your only option, so go with what your doctor suggests or get a second doctor’s opinion if you like.10

There are also some factors that might make it risky for you to opt for VBAC. Remember, the risk varies from woman to woman, but these are broad criteria that might make a VBAC more risky for some. Do any of these hold true for you? 11 If you answer “yes” to one or more, that may raise your risk.

3. But VBAC Is Still Less Risky Than Multiple C-Sections For Many Moms

If you have two or more previous low transverse incision cesarean deliveries, you may still be able to opt for VBAC if a senior obstetrician okays it. They will discuss all possible risks with you and make the necessary arrangements for added safety during the birth – like standing by for an emergency cesarean section.13

If you are medically in the clear but are considering having repeat cesarean deliveries to reduce the risk of a ruptured uterus or other complications, the data may surprise you. According to a report by the CDC, women undergoing repeat cesarean deliveries actually have the highest rates of ruptured uterus as well as of unplanned hysterectomies, while those who opt for VBAC deliveries have lower rate of maternal morbidities like the need for maternal transfusion, ruptured uterus, unplanned hysterectomy, and admission to the intensive care unit (ICU). In fact, the risk of ICU admission and transfusion is even lower among women with VBAC than those undergoing primary cesarean delivery. Which means, if you are cleared to have a VBAC, you are actually going to face fewer risks than when you had your first cesarean section!14