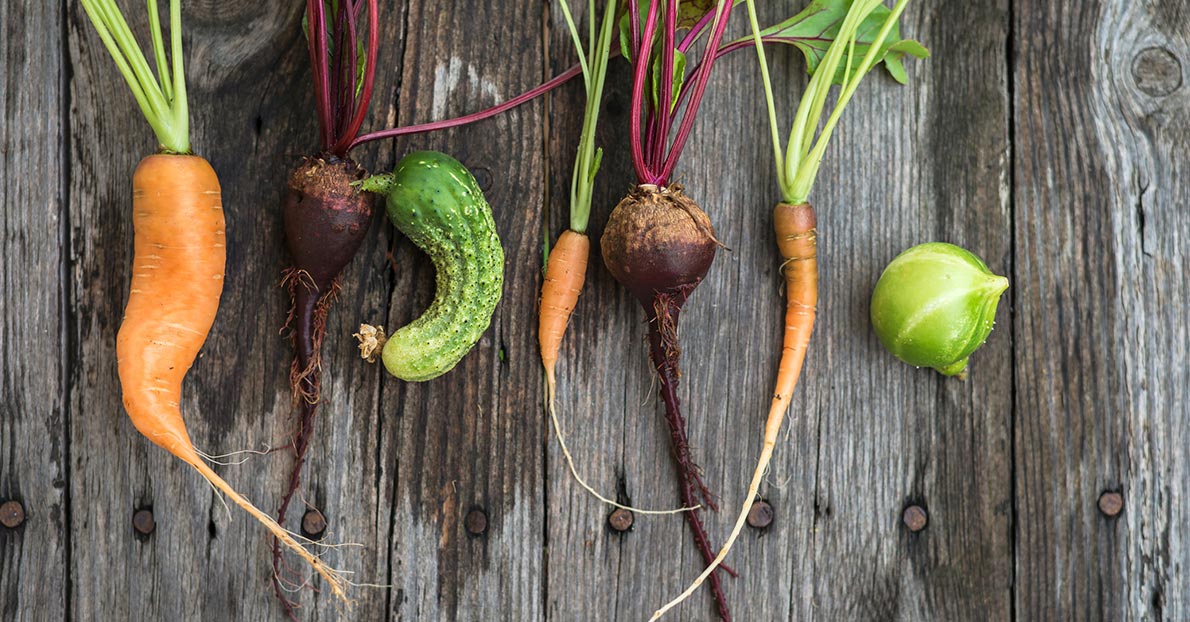 Often, we find ourselves walking into the supermarket and being greeted by piles and piles of fresh, perfect-looking produce. Fruits stacked to the ceiling, all juicy and glistening, plump berries in plastic baskets, unblemished tomatoes and onions, they all wait for us to take them home and use them in salads, stir-fries, and smoothies. True that it’s a beautiful, colorful sight but is a crime against the environment that most us are ignorant about.

Grocery stores and supermarkets pressurize local dealers and farmers by accepting only the “perfect-looking” produce which means that a large number of fresh produce goes to waste because they are not aesthetically pleasing to our eyes. However, since a few months now, the movement to encourage the buying and selling of ugly produce is growing. Let us find out the shocking statistics behind produce that goes to the waste and learn how to differentiate between produce that looks ugly and the produce that is truly bad. 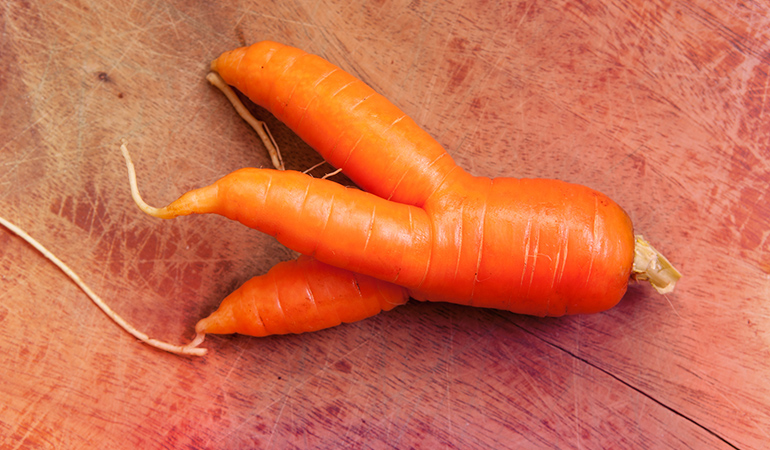 Advertisements
can often be imperfect in terms of being the base for crops. Sometimes, for root crops and especially in the case of carrots, the quality of soil matters a lot on the eventual appearance and shape of the crop. Carrots generally like loose and sandy soil so that they can work through the soil easily and grow into a long and straight root. However, they often encounter hard soil, pebbles, or even rocks and end up splitting or deforming into another shape. Although these deformed carrots are equally nutritious as the long, perfect ones, they are not sold in the grocery stores due to their ugly appearance. 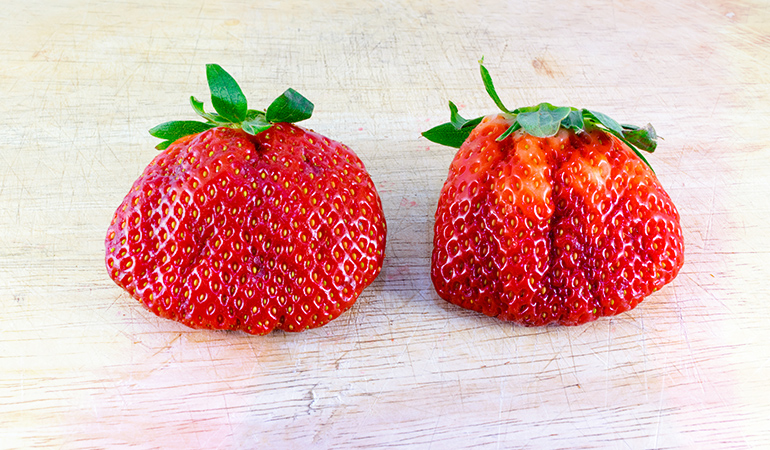 Sometimes, rough weather conditions affect the appearance of fruits and vegetables but do not affect their nutrition levels. For example, a certain strawberry field experiencing less sunlight and colder conditions fuse the fruits together and form into an enlarged, odd shape. Although they do not form into the exact strawberry shape, those “super-strawberries” only look that way but contain the same nutrition as the beautiful-shaped ones do. 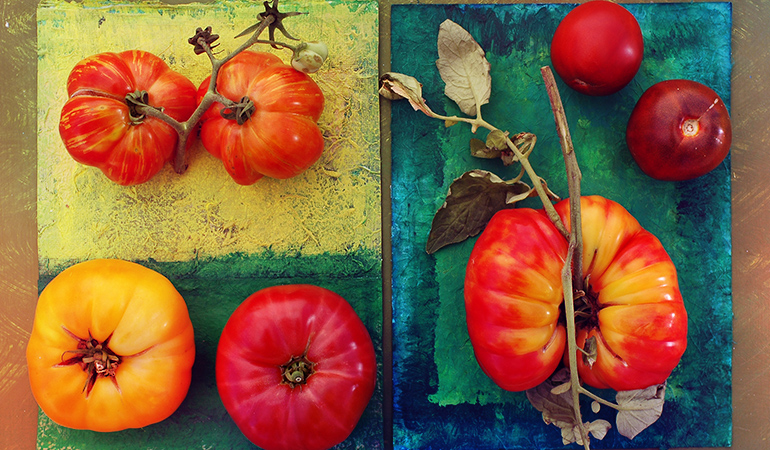 We, the common people, do not like to buy the fruits and vegetables that are imperfect in their appearances, which is why grocery stores reject them too. It has been found that around 40 percent of the produce grown in the United States are classified as ugly. Of these, only some are rotten or diseased. Globally, around one-third of fresh produce goes to waste due to their imperfect appearance. When 50 million Americans have been reported to suffer from hunger, why should we waste such a massive quantity of food? 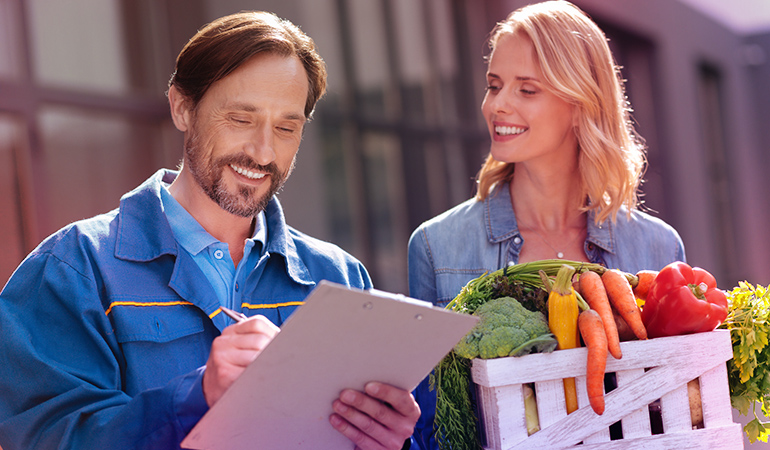 Advertisements
has been observed that many companies have started to partner with small and large farms and farmers, pick their imperfect produce, and sell them for prices as lower as 30 to 50 percent than normal produce. They even offer home delivery and because the produce is so cheap, it still becomes reasonable to get them delivered to people’s homes, making it easy for low-income families to solve their hunger pangs. 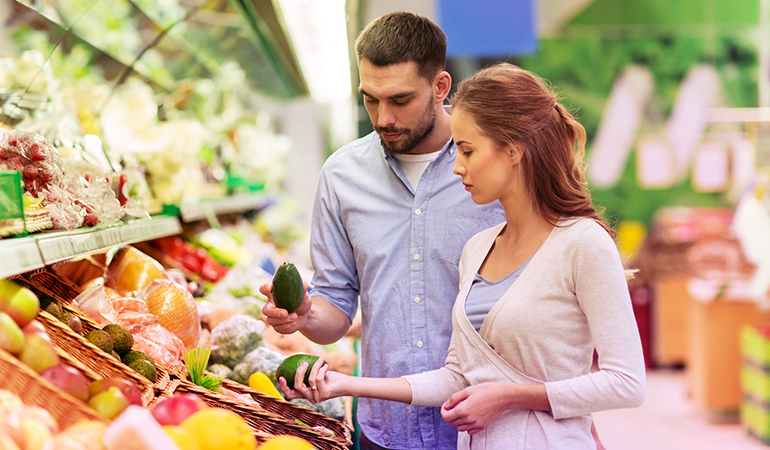 It is highly recommended that the ugly produce you buy is checked properly. Since you are buying ugly produce, make sure that you are only choosing products that are simply deformed or blemished and not those that are truly diseased or rotten. To check if your ugly produce is safe and equally nutritious, remember the following tips:

1. Minor blemishes on the surface with no major bruising or soft spots
2. Just a misshapen but the structure is safe
3. Only larger than its average size
4. Only has an inconsistent color or texture

Advertisements
will easily be able to differentiate between rotten and diseased produce and ugly-appearing produce if you keep the given points in mind. Rotten or diseased produce will have a bad and distinct smell, no freshness, abnormal spots and scales, and will simply not be fresh at all. So, buy ugly but fresh produce and save a lot of money as well as save the environment.