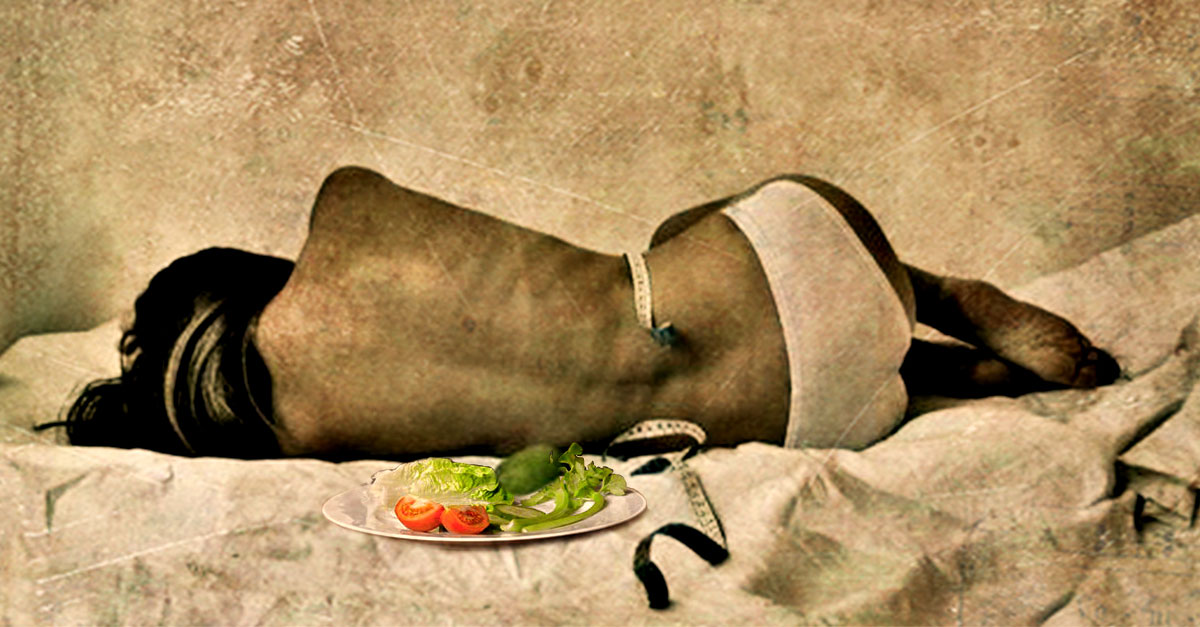 Our lives revolve around food. We can’t live without it, after all. And when health is a concern for so many people, the topic of food is often punctuated with concerns about calories and body weight. But when weighing yourself becomes an obsession, a more serious condition may be at play. According to the American Psychiatric Association, an eating disorder can display itself through a preoccupation with food and weight.1 Furthermore, statistics state that at least 30 million Americans suffer from some type of eating disorder. It’s responsible for at least one death every 62 minutes.2 Clearly, eating disorders are not to be taken casually.

It is a general misconception that an eating disorder is a fad or a lifestyle choice that people will get over in time. On the contrary, it is a psychological condition that seriously impacts physical health, emotional wellness, productivity, and relationships. It can even be life-threatening, stressing the importance of both prevention and treatment.3

There are many eating disorders on the spectrum, though. The following types are less common.

Eating disorders can develop in people of all genders. However, studies show that women are at a much higher risk. In fact, it is estimated that eating disorders in women occur 2.5 times more than they do in men.6

According to research, women are 3 times more likely to experience anorexia nervosa in their lifetime than men. Similarly, women are 5 times more likely to suffer from bulimia nervosa than men.7 Generally, women with eating disorders usually have an unnatural drive to be thin. This obsession likely stems from distorted perceptions of an “ideal body” and dissatisfaction with their own body weight and shape.8

Advertisements
media portrayal of the “perfect” body type only reinforces these perceptions in women. This is especially true for adolescent girls. For example, young girls that play with slim dolls are introduced to the distorted perception of the “ideal” body.9 The fact that eating disorders are the third most common chronic illness in adolescent girls can’t be a coincidence.10

Around 35 to 57 percent of adolescent girls use methods like fasting, self-induced vomiting, and crash dieting. They may also take diet pills or laxatives to maintain body weight. Those who are overweight are also more likely to engage in these extreme methods.11

It’s Not An All Girl Thing

Although data shows that women are more prone to eating disorders, it does

Advertisements
not mean that men aren’t susceptible. Specifically, binge eating is more common in men than in women.12 However, due to the cultural assumption that eating disorders are a “girl thing”, men with eating disorders are less likely to acknowledge symptoms. As a result, they tend to seek help too late or not at all.13 As one study found, men with problematic eating behaviors were less likely to seek help than women with similar issues.14

While many are exposed to the same media-driven idealization of body image, only some develop eating disorders. And though there isn’t a single cause for eating disorders, research has uncovered some common threads. According to the US Office of Women’s Health, the following triggers may contribute to eating disorder development.

Advertisements
Traits: Many people with eating disorders also have a poor self-image along with feelings of helplessness and worthlessness. Each disorder is also associated with specific traits. For instance, anorexics tend to be perfectionists, while bulimics are usually impulsive.

Social And Cultural Pressures: Cultural norms of body weight and size target both men and women. These assumptions and expectations value people based on their physical appearance. In many countries, extreme slimness is a cultural ideal for women. It’s often a benchmark for physical attractiveness. Unfortunately, this obsession to be thin can drive a number of women to develop eating disorders. Additionally, some sports (like gymnastics) can contribute by emphasizing low weight or certain body image.

Biology: Scientists are exploring the possibility that biological factors such as genes and hormones might influence the development of eating disorders.

Family And Peers: The opinions and attitudes of close family members and friends can severely influence a person’s perspective. Repeatedly teasing an individual about his or her body can be a trigger.

Advertisements
Or Life Changes: Traumas such as rape, abuse, or the death of a loved one can also increase risk of an eating disorder. Stressful events (like starting a new job) or monumental happy situations (such as giving birth) can also lead to disorders. In both cases, the individual’s social role and body image are significantly changed.15 16

While there are no clear signs of an eating disorder, organizations like the American Psychiatric Association share that there are red flags to look out for.

How Can You Help Someone With An Eating Disorder?

People with eating disorders tend to withdraw from social circles. Sometimes, they may put on a normal facade, making it difficult for others to catch on. If you notice even a few symptoms, consider reaching out. Early intervention is the best course of action, making it easier to tackle the problem. Yet, keep in mind that professional help is necessary to tackle an eating disorder. It’s not something that you can just talk a person out of.19 But there are some things you can do. We give a few quick pointers.