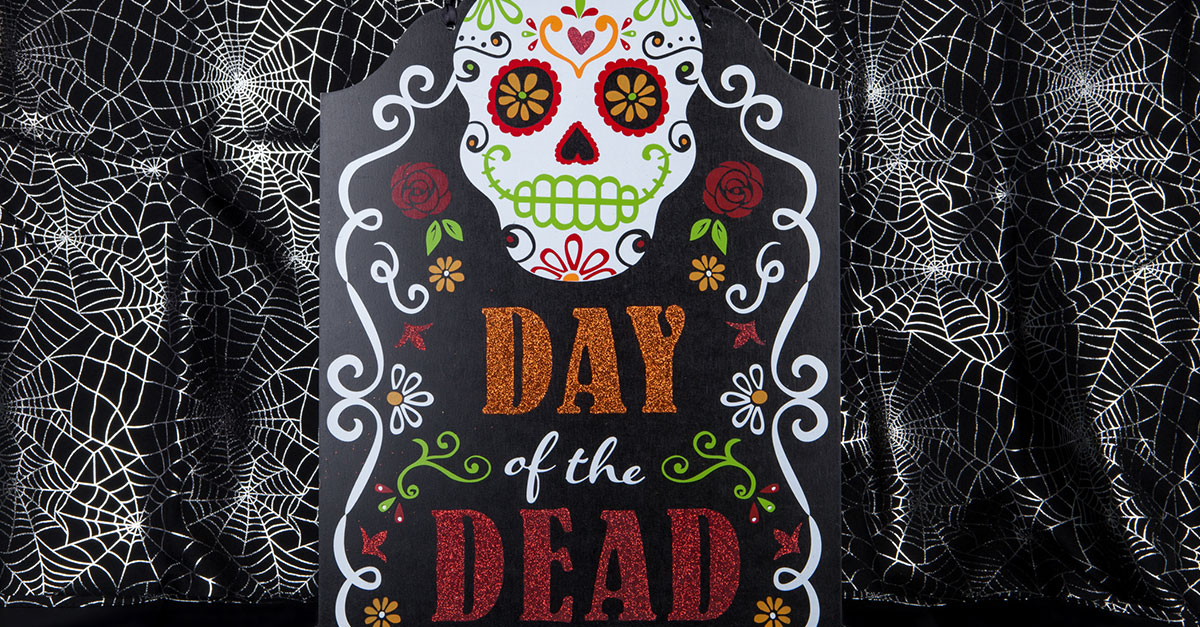 ‘Day of the dead’ is a Mexican festival that celebrates the dead. It is paradoxical that people ‘celebrate’ a festival for the dead and gone. But there is a lot more to this festival that meets the eye. In a lot of Hollywood movies, this festival has been used as a grim background that precedes something sad and ominous.

Death and grief go hand in hand, but interestingly, this festival has an unusual take on this whole subject. And there is a lot that this festival can teach us about life and death.

History Behind The Day Of The Dead 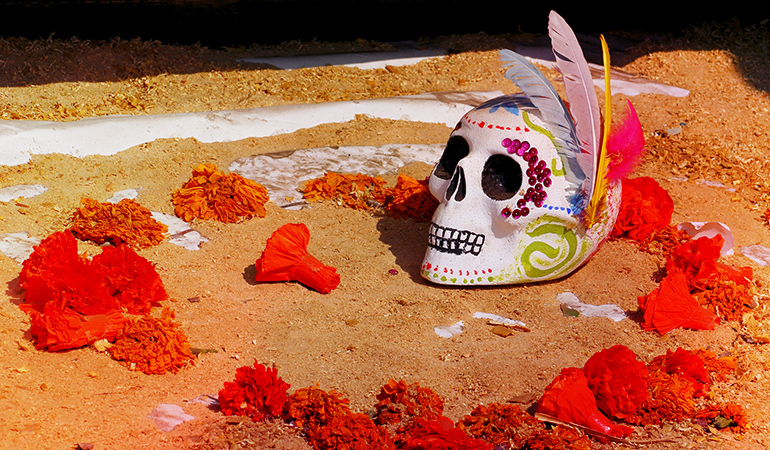 This festival originated thousands of years ago, presumably with cultures like Aztec, Toltec, and Nahua. These cultures saw death as a natural progression and used to consider mourning the dead disrespectful to life itself.

In recent times, the festival of Day of the dead (also known as Día de los Muertos) exists as an amalgamation of the old pre-Hispanic rituals and Christian feasts. Apart from Mexico, some other parts of South America also celebrate this day. This festival is celebrated from October 31st to November 2nd, but the main festivities are celebrated on November 1st. It is celebrated at the same time as Halloween which might seem similar to the Day of the Dead due to the grim nature of both. But the ethos of the two is very different because of the way they treat death and afterlife.

Advertisements
Mexico, people celebrate the dead as they believe that the dead walk among them on this day. They make special feasts for the lost souls and offer it to them in a specially made alter in their homes. They celebrate their lives and their return to our world. Superficially, it might not seem educational, but philosophically, this festival can teach us a lot about death.1 2 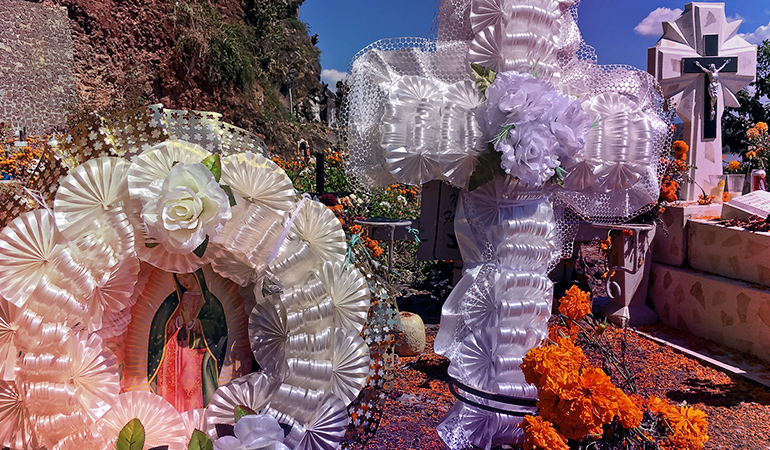 In the Western world, death is often seen as the end game of life. But other cultures can give us different perspectives on death. Similarly, Day of the Dead celebrates the dead because they believe death is a part of life and not an end to it.

This festival allows people to celebrate their deceased loved ones and their spirits. On this day, Mexican and other Hispanic communities believe that their loved ones come back from the dead to grace them with their presence. And they celebrate this complete circle of life during this time.

2. Touch Of Levity In Morbidity 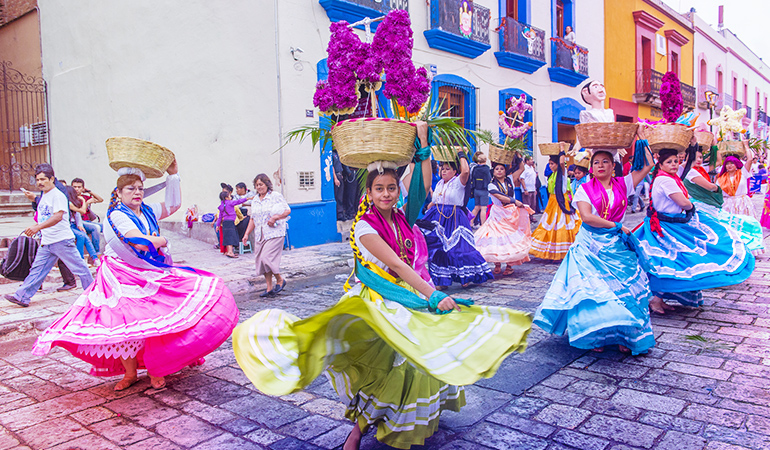 Making a celebration out of death is an interesting take on death. And that is exactly what Day of the Dead does. It takes the grief and the loss, and turns it into a celebration of life. It allows people to see the good in the inevitable doom.

Advertisements
society derives two things out of a death: grief and closure. But this festival shows all the different things death can give us. Death leaves behind a legacy, memories, and lessons. And this festival celebrates all of that. 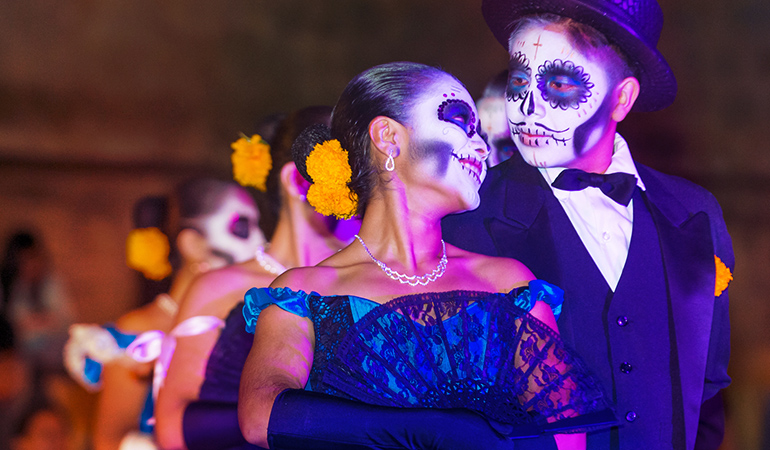 Science would obviously refute such claims. And even if we don’t believe in the spiritual presence, we can always seek solace in the memories of the ones we have loved and lost. 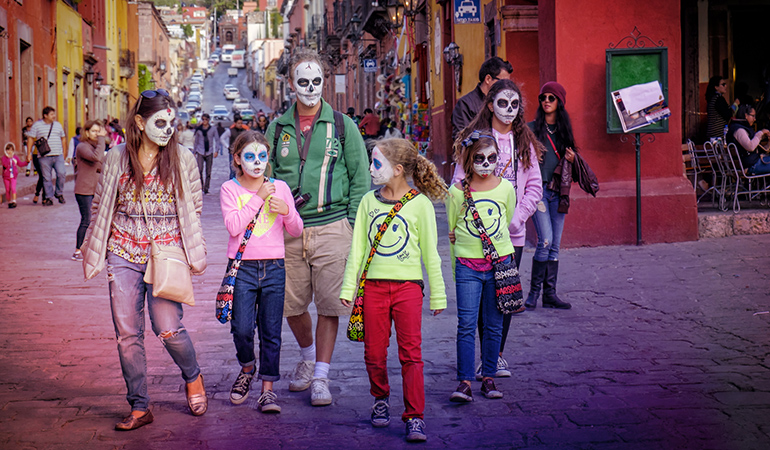 Advertisements
festival might seem like an extravagant event but it is really a reflective time for people who celebrate this festival. In Mexico, this happens to be a somber occasion where people focus on remembering their deceased relatives, life lessons, and come together as a family to celebrate

On this day, some people even go to cemeteries to visit their ancestors. They revisit their past to move forward with those lessons in life. And that is something we all can learn from this festival as well. 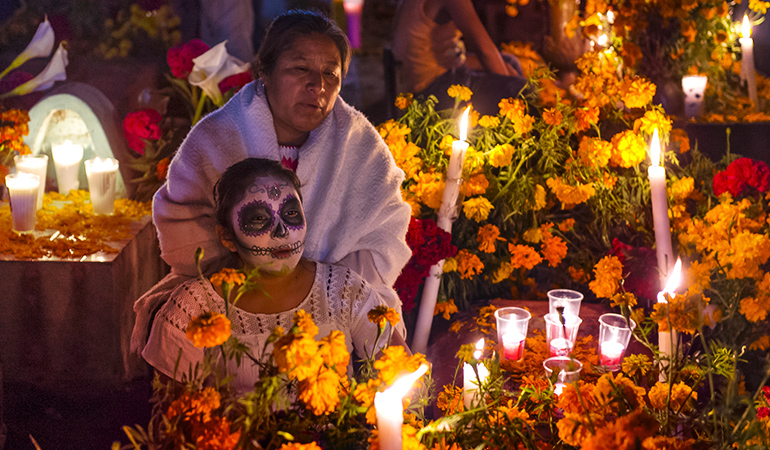 This is one of the most important lessons that the Day of the Dead teaches us. It makes death acceptable. We live our entire lives dreading death and as we age, the notion of death makes us more and more fearful. But this festival makes death a part of our everyday lives. This acceptance can reduce our fear of death and increase our lust for life.

Advertisements
of death can give us perspective on what we really want from our lives and it can push us to live a fuller and more satisfying life.

Day of the dead allows us to see death as an acceptable norm, rather than as a deniable tragedy. And it can teach us how to make peace with those we have lost.