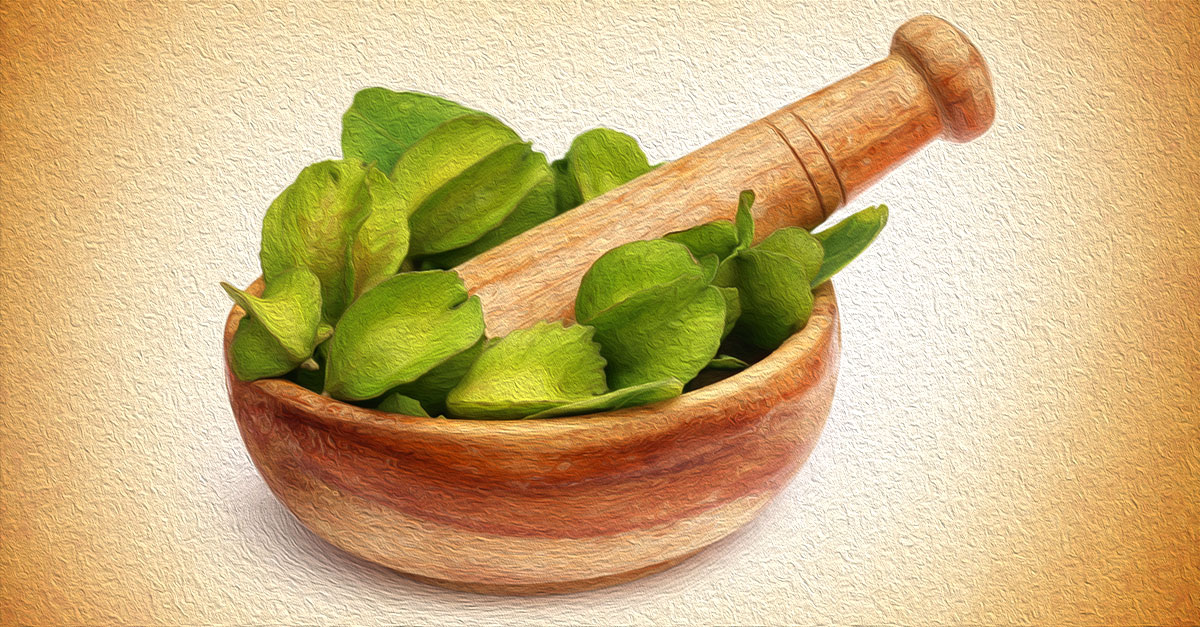 A deciduous tree which grows throughout India, arjuna or Terminalia arjuna has healing properties that go straight to the heart of the matter. Its medicinal use dates back to many centuries, with mentions in many ancient texts. While its leaves and flowers have some benefits, the white or pinkish gray bark of the tree is predominantly used in traditional remedies and tested in studies.

Arjuna contains many bioactive constituents such as cardenolide, tannins, flavonoids (arjunolone, arjunone, luteolin), triterpenoid saponins (arjunolic acid, arjunic acid, arjunglycosides, arjungenin), ellagic acid, and gallic acid which give it a range of beneficial properties.1 2 Here’s what that could mean for your health and wellness:

Bioactive constituents such as flavonoids in arjuna give it antioxidant as well as anti-inflammatory properties. Arjuna’s potent antioxidant properties can help you fight the damaging effects of free radicals. While free radicals are essentially generated by your body as it produces energy from food, they are also a byproduct when we expose our bodies to external agents such as cigarette smoke, environmental pollution, toxins, alcohol, processed foods etc. Free radicals can damage your DNA and cells and are implicated in the aging process as well as a wide range of diseases like diabetes, cancer, and heart disease.

Advertisements
one study found, arjuna was able to improve the symptoms of congestive heart failure, a condition where your heart is not able to pump sufficient blood to meet your body’s requirement for oxygen. Typical symptoms of the condition include shortness of breath, tiredness, coughing or wheezing, and swelling in the feet, which arjuna may help tackle. The researchers also reported an improvement in the subjects’ effort tolerance and quality of life after taking arjuna extracts for 2 weeks. This beneficial effect could be due to glycosides present in arjuna which have a cardiotonic effect. Tannins and flavones which give it antioxidant properties may also have a role to play here.7

Hyperlipidemia or high cholesterol and triglyceride levels can up your risk of atherosclerosis and heart problems. If you’re fighting lipid problems, arjuna can help. In one study, patients with coronary heart disease who took arjuna extracts for 30 days saw a significant reduction in LDL cholesterol and total cholesterol levels. Lipid peroxidation, the degradation of lipids that results in cell damage, also reduced in this group.8

Advertisements
studies also confirm arjuna’s ability to control cholesterol ratios and reduce triglyceride levels in subjects who were on a high-cholesterol diet. Atherosclerotic lesions in the aorta reduced when arjuna extracts were administered. The effect was attributed to arjuna’s antioxidant and anti-inflammatory properties and ability to boost cholesterol metabolism.9 10

High blood pressure is another factor which can harm your heart and up your risk of heart failure, stroke, heart attack, and kidney failure.11 Animal studies have found that arjuna extracts, with its tannin-related components, can have a blood pressure-lowering effect.12 Although the mechanism through which arjuna works is not fully clear, researchers have suggested that its components may show adrenergic ß2-receptor agonist activity, helping activate it. Adrenergic ß2-receptor is a protein that can lower blood pressure when stimulated.13

Advertisements
can enhance your endurance when you exercise. One study found that when arjuna extracts were given to subjects for 2 weeks, it increased maximum oxygen consumption capacity (VO2 max) by 4.9%. VO2 max is the maximum oxygen a person can use during intense exercise. It is an indicator of aerobic endurance and cardiovascular fitness – your muscles require oxygen for exercise and your heart, in turn, needs to pump sufficient blood to meet the requirements of aerobic exercise. In fact, the more oxygen you are able to use during exercise, the more energy you’ll be able to produce. The researchers also suggested that pairing arjuna with ashwagandha, another potent herb that can boost speed and muscular strength, was even more beneficial.14 15