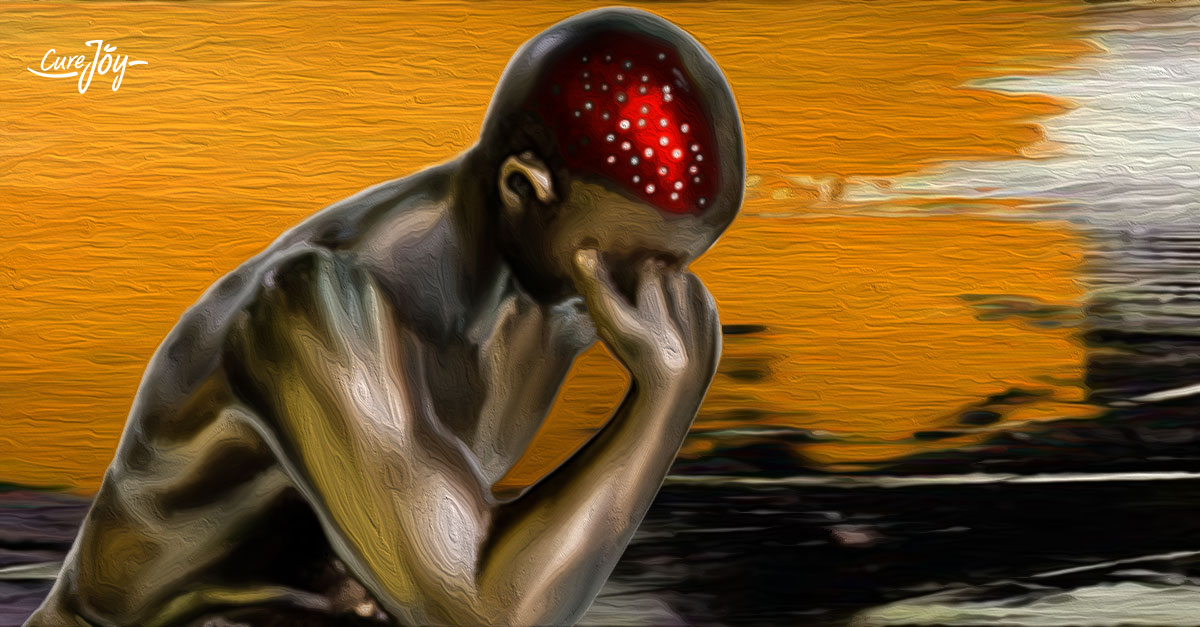 When it comes to toxoplasmosis, you’ll discover that prevention really is better than cure. Toxoplasmosis is a parasitic infection caused by a single-celled parasite called Toxoplasma gondii. Normally, a healthy person’s immune system will prevent the disease from taking root. However, those with weakened immune systems and pregnant women are at a greater risk and need to be on the lookout to keep this deadly disease at bay. Severe cases of toxoplasmosis may even cause damage to the brain, eyes, and other vital organs.1

Before understanding the symptoms of toxoplasmosis, we need to know its causes. The Toxoplasma gondii parasite infects 30 to 80 percent of the global population and is interestingly related to the parasites that cause malaria and cryptosporidiosis, two other significant illnesses. Cat feces and raw meat are major carriers of the parasite. Humans mainly become infected with Toxoplasma gondii through contact with parasites transferred into the environment from infected cat feces, or by eating raw or undercooked infected meat.2

Toxoplasmosis can also be a result of accidentally ingesting unhygienically handled contaminated meat, drinking water contaminated with the parasite, or pregnant mother-to-child transmission. If you have a cat, you need to be extra careful. You may accidentally swallow the parasite shed in cat feces while cleaning the litter box or touching or ingesting anything that has come into contact with the feces. If your cat plays and defecates in your garden, make sure to wear gloves or wash your hands after gardening as the soil may get contaminated. Sandboxes for kids, whether at home or in parks, should be covered when not in use to prevent contamination with cat feces.3

Advertisements
symptoms in humans are often mild and barely noticeable in the initial stages of the infection. But as the infection progresses, there will be some marked toxoplasmosis symptoms. However, they might differ in normal individuals, pregnant women, babies and those with compromised immunity such as AIDS patients. Here are the main toxoplasmosis symptoms in normal human beings.

Fever, sore throat, tender lymph nodes, muscular pain and other such flu-like symptoms are some early signs of toxoplasmosis. This is why it can be easy to dismiss toxoplasmosis as just another flu onset. The flu might last for a couple of weeks to some months.4

has also shown a gradual change in the personality traits of infected men and women as opposed to uninfected individuals. Could there really be toxoplasmosis brain symptoms that affect one’s personality? According to a study, infected men were shown to be more self-serving, suspicious, jealous and dogmatic, whereas infected women were noted to have more warmth and superego strength.7

If a pregnant woman becomes infected during or just before pregnancy, the symptoms will affect the fetus more than the woman in most cases. Interestingly, the mother rarely shows symptoms of infection, though she does have a temporary parasitemia. As far as the fetus is concerned, focal lesions develop in the placenta and the fetus may become infected. Initially, there is generalized infection in the fetus. Eventually, infection is cleared from the visceral tissues and may end up in the central nervous system.8

Advertisements
effect will be more severe if the infection occurs during the earlier stages of pregnancy. It can cause miscarriage, stillbirth, premature birth or an infant with signs of the toxoplasmosis infection such as an abnormally large or small head. However, if a woman has been infected with toxoplasmosis prior to pregnancy, the unborn child will be protected because the mother has the advantage of having developed immunity.9

Toxoplasmosis Symptoms In Babies And Children

Congenital toxoplasmosis can lead to the development of deadly diseases in babies and children. When there is the mother-to-fetus transmission of toxoplasmosis, it can result in a number of birth defects and anomalies in the newborn. These might include hydrocephalus (water on the brain), abnormally small head, intracranial calcifications, blindness and other eye issues, epilepsy, psychomotor and mental retardation, petechiae, and anemia. Symptoms of congenital toxoplasmosis can even crop up years after birth and families of such children are advised to make the child undergo regular clinical and ophthalmologic examinations in case of toxoplasmosis eye symptoms or those who have ocular toxoplasmosis.10

Advertisements
most cases, these issues are treatable with regular medical care.

Unfortunately, toxoplasmosis ranks high on the list of diseases which lead to death in patients with AIDS. About 10 percent of AIDS patients in the USA and up to 30 percent in Europe are estimated to die from toxoplasmosis.
11

Symptoms of toxoplasmosis in adults with compromised immunity may be severe. These include those suffering from HIV AIDS, cancer patients receiving chemotherapy, recent organ transplant patients. If such people were never infected with Toxoplasma gondii previously, they are more likely to develop a severe primary infection on exposure. However, those who were infected with toxoplasmosis before their immunity was weakened by such conditions can have a relapse. This is because the Toxoplasma gondii parasite remains in the body in an inactive state long after the infection subsides and may reactivate to wreak havoc again. A relapse of toxoplasmosis may have symptoms like fever, confusion, headache, seizures, nausea, and poor coordination.12