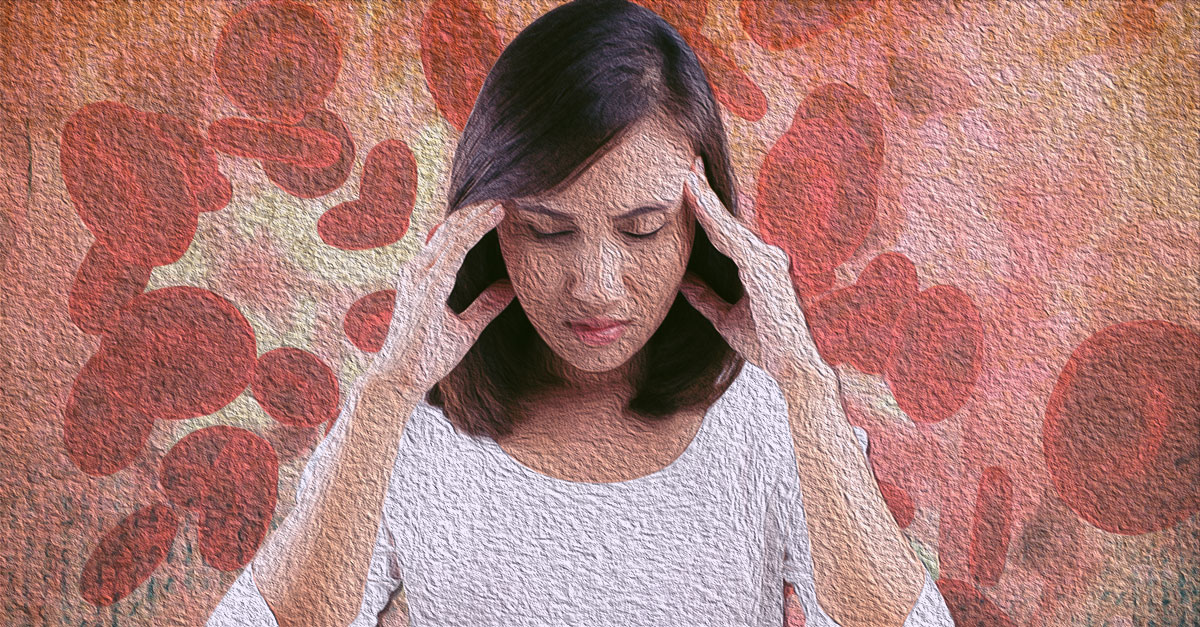 Iron is a crucial mineral that plays an active role in many body functions. And while your body just can’t do without this nutrient, its deficiency is also one of the most common nutritional problems in the world. Women especially need to be wary.

Iron is used to make hemoglobin, the protein in red blood cells that carries oxygen from your lungs to the rest of your body. Your body also needs it for normal growth and development, proper cellular functioning, and the synthesis of certain hormones as well as connective tissues.

Advertisements
levels of iron may not cause any symptoms initially. However, as the deficiency worsens, you may notice many of the following signs.

Early detection of iron depletion isn’t easy because of the lack of clear or distinct symptoms. But constant fatigue, irritability, and difficulty concentrating are often the first signs that your body’s iron levels are dropping.

It’s normal to feel tired if you’ve been exerting yourself physically, or are experiencing sleep deprivation, or prolonged stress. But what if fatigue and tiredness are a constant reality? When your iron levels drop, you’ll find that you’re really low on energy and that activities that did not cause you to feel tired earlier – be it climbing stairs or light housework – do so now.1 Constant fatigue is the most common sign that you’re low in iron or suffering from iron deficiency anemia. This happens because you don’t have enough healthy hemoglobin to carry sufficient oxygen throughout your body – what’s often called “tired blood.”2

Infants or small children are also prone to iron deficiency. This is because milk, their main food, is low in iron and too much milk can even block the absorption of iron from other foods.16 17

The Recommended Dietary Allowance (RDA) for iron is:

However, if you are a vegetarian, you need 1.8 times the amounts given above because plant foods contain a form of iron called nonheme iron which is less easily used by your body than heme iron present in non-vegetarian foods.18