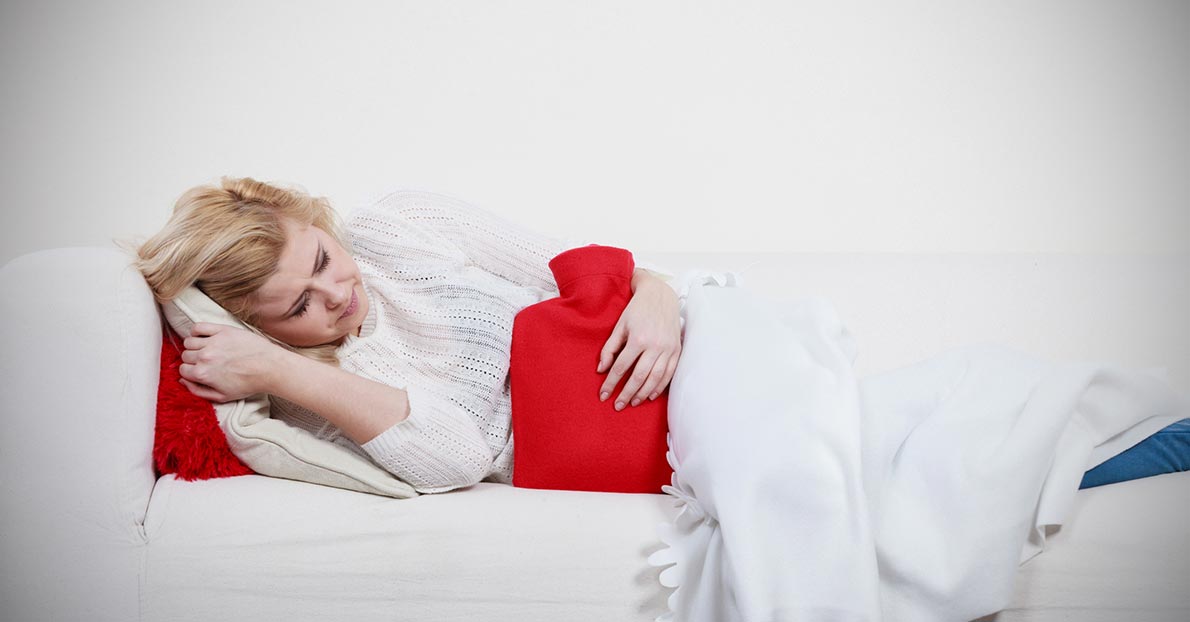 Your period might be the reason for the existence of the human race and everything, but it’s a pain to have to go through every month. Literally. Menstrual cramps affect almost every woman, albeit with varying levels of severity. If you’re lucky, you might get away with a mildly annoying tummy ache. Some women, however, experience cramps so terrible that they can barely move. There are also these mythical women who have 3-day periods and no cramps at all, but we’re not sure if they exist. If you have severe cramps every month and don’t want to resort to popping painkillers, the solution might lie in your spice rack. These five spices have incredible soothing properties, which can make your menstrual cramps disappear. 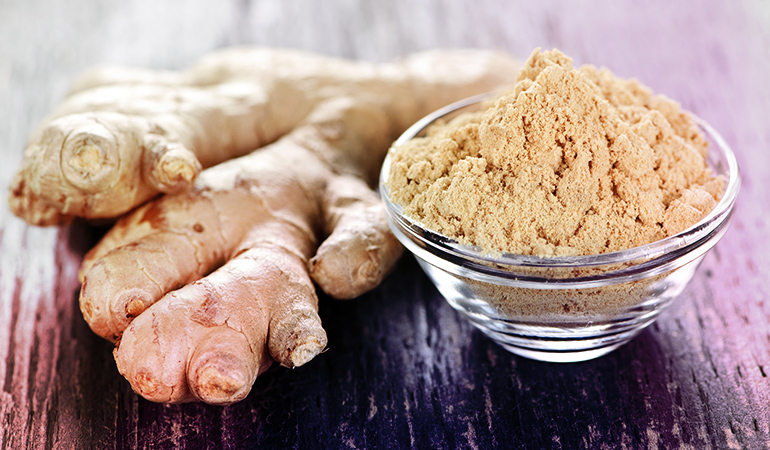 Ginger is one of the most effective ways to treat menstrual cramps. It has potent muscle relaxant and anti-inflammatory properties which have been proven to be very effective in alleviating pain. Ginger can also help reduce nausea and treat an upset tummy, two side-effects which often accompany menstrual cramps. The most effective way to use ginger to treat your cramps is to make ginger tea. Chop 1 inch of fresh ginger root or half a teaspoon of ginger powder and add it to boiling water. You can also use ginger tea bags to make a steaming cup of ginger tea. 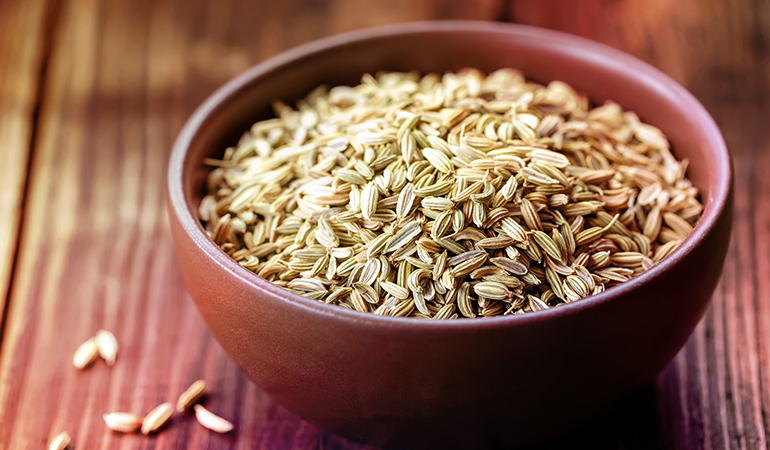 Fennel seeds are a popular remedy for menstrual cramps in many Mediterranean countries. In one study, researchers measured the effects of fennel seeds against ibuprofen, a painkiller most women resort to when they have menstrual cramps. Astonishingly, fennel seeds were found to be just as effective as ibuprofen when it came to reducing pain. These tiny seeds are even better than ibuprofen because they have no negative side effects. You can make yourself some fennel tea to drink by adding a spoon of it to boiling water. Make sure you chew up the seeds as well because you don’t to waste any of its painkilling powers. 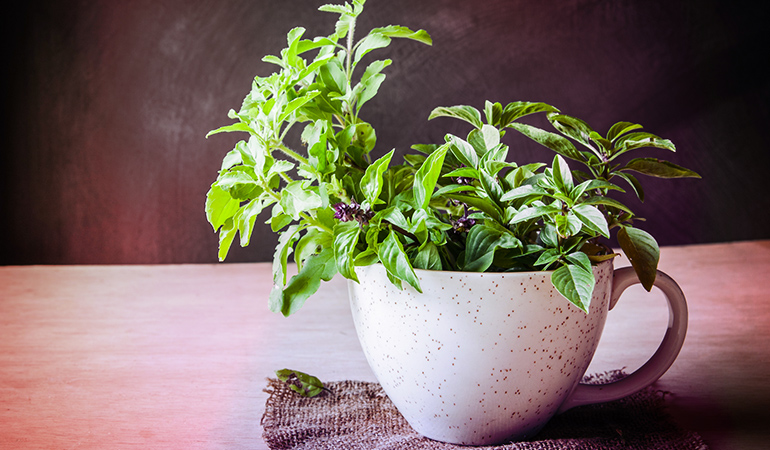 Fresh holy basil leaves can be a powerful remedy against menstrual cramps. These leaves contain a compound known as caffeic acid which can inhibit your pain receptors. The best way to use holy basil leaves for your cramps is to chew 12 clean leaves completely and swallow them down. Swallowing the entire leaves increases the efficacy of this remedy and the speed with which it take effect. If chewing leaves doesn’t tickle your fancy, you can brew them in some hot water instead to make basil tea. Add about 15 clean leaves of holy basil to some water and bring to a boil. Let it steep in the hot water for a few minutes before you drink it. You don’t have to strain the leaves out, they’re best drunk along with the tea. 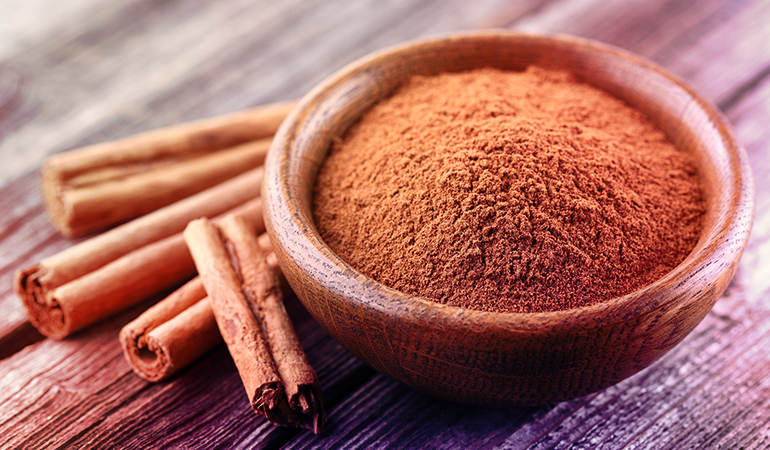 Cinnamon has powerful anti-spasmodic properties which work wonders on your menstrual cramps. In one randomized study, one group of women were given cinnamon power capsules while the other group were given a placebo. At the end of the study, the first group reported significantly lower pain levels than the second group. The most effective way to use cinnamon for your cramps is to take it in a pill form. You can also add it to hot water or sprinkle some over your breakfast cereal. You can also add a dash of cinnamon powder to any other herbal tea you’re making for your cramps. This will help increase their efficacy by adding the benefits of cinnamon to them as well. 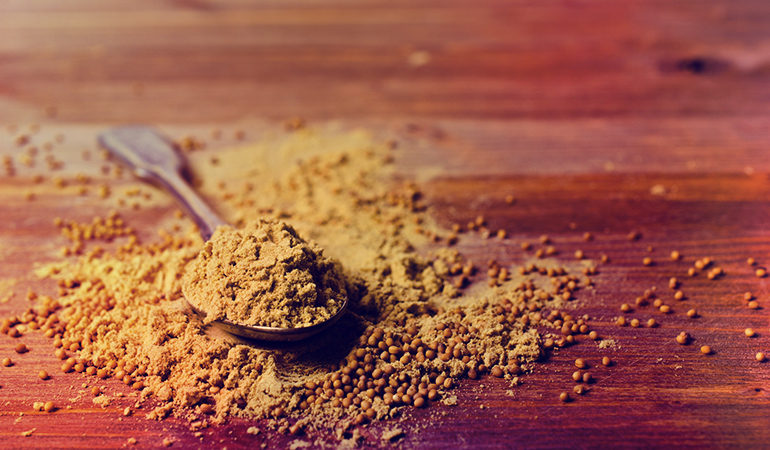 This last home remedy for menstrual cramps hasn’t been scientifically investigated, but it’s a popular natural remedy for cramps and has tons of anecdotal support. Add a tablespoon on mustard powder to hot water in a basin and soak your feet in this. Somehow, doing this can help reduce your period cramps to a large extent. It can also give you relief from aching, swollen feet, which most women have during their period.