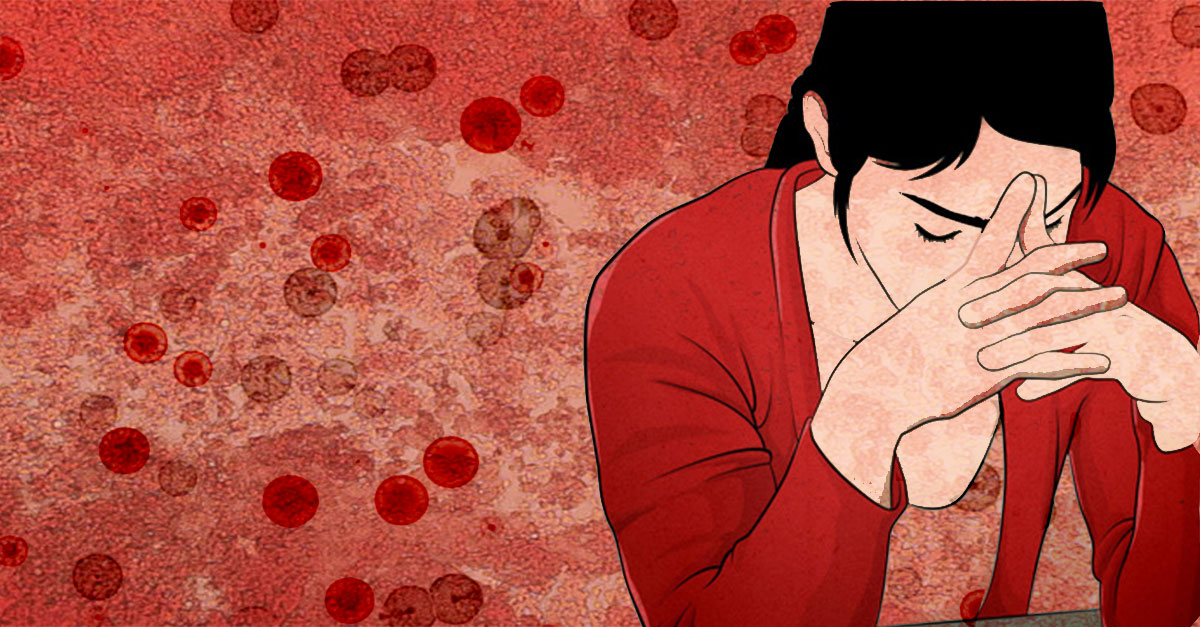 Though vitamin B12 deficiency is fairly common across the world, it’s often difficult to diagnose this deficiency just through symptoms. This is because vitamin B12 deficiency manifests in a widely diverse range of symptoms, from dizziness to OCD, all of which could be caused by another ailment or deficiency. Moreover, although B12 is a water-soluble vitamin, your liver could store it, unlike other vitamins, in amounts that could last you a good 3–5 years even after you stop consuming B12-rich foods.1 As a result, your B12 deficiency symptoms might show up much later than when the deficiency started. High levels of folic acid from supplements or fortified food could also mask your B12 deficiency.

To absorb vitamin B12 efficiently, the body needs enough stomach acid and a protein called intrinsic factor (IF). So people with low stomach acid or low IF levels (as in pernicious anemia) may suffer from a deficiency.

While a deficiency could occur due to the lack of B12 foods in the diet, as in the case of vegetarians or vegans, more insidiously, it could also occur when your body cannot absorb it effectively. So if you have any of the following risk factors, it might be wise to keep an eye out for the symptoms and get your B12 levels checked periodically.

As vitamin B12 is involved in so many functions in the body, from producing DNA, RNA, and red blood cells to producing energy, a vitamin B12 deficiency can manifest in a wide variety of symptoms. Here’s a roundup.

If you often feel a “head rush” when you get up after sitting for long periods of time, or while climbing up a flight of stairs, you might have a vitamin B12 deficiency. When your body has low levels of the vitamin, you may lose your balance, especially when you move too fast. If you’re feeling dizzy too often, you might want to make a trip to the doctor and take a blood test to detect your B12 levels.2 Dizziness or lightheadedness is a classic symptom of low blood pressure, and low blood pressure is a common fallout of vitamin B12 deficiency.

2.
Advertisements
Numbness Or Pins And Needles

It’s common to experience the sensation of numbness or “pins and needles” if you sit or stand in a certain position for too long. However, if you feel these even when you’re not compressing or exerting pressure on any body part, it could indicate a vitamin B12 deficiency. A vitamin B12 deficiency does not just lower your blood pressure but it also reduces the production of healthy RBCs in your blood, thus reducing oxygen supply to other organs. This is what causes the numbness.3

The pins and needles sensation could also be caused by demyelination of nerve cells – certain nerve cells are covered with a protective sheath called the myelin sheath which speeds up nerve signal transmission. Lack of vitamin B12 leads to the degeneration of the myelin sheath.

Pale and yellowish skin is one of the most common signs of a B12 deficiency. You may even notice a slight yellow tinge in the white of your eyes, not unlike in jaundice. When the B12 levels in your body dip, red blood cells become fragile and start breaking down into bilirubin. While skin paleness shows that there’s a drop in the levels of functional RBCs, the yellowness can be attributed to the increased levels of bilirubin – which is the same compound that makes the skin of jaundice patients go yellow.4

Any change in the B12 content in the body can lead to skin problems like vitiligo, dermatitis, hyperpigmentation, or acne. Skin lesions, especially those not responding to any other treatment, are most likely from a B12 deficiency.5 Your hair and nail could change, too.

Glossitis or inflammation of the tongue is another symptom of vitamin B12 deficiency.6 In this condition, the tongue becomes smooth and loses its taste buds, which may make food intake difficult and further reduce your nutrient intake.

Although rare, a few cases have been reported where a long-term vitamin B12 deficiency has resulted in mental disorders like OCD and psychosis, especially in the elderly.11 12

Complications From Ignoring A Long-Term Vitamin B12 Deficiency

Prolonged vitamin B12 or cobalamin deficiency can lead to many health complications.

Vitamin B12 is essential for the production of healthy red blood cells (RBCs). When you have a B12 deficiency, your body is forced to produce abnormally large RBCs or megaloblasts that don’t function properly. This causes a drop in the overall count of healthy RBCs in the blood, leading to anemia. Megaloblastic anemia caused by a vitamin B12 deficiency is often called pernicious anemia.

However, pernicious anemia is both a risk factor and a complication of vitamin B12 deficiency. This anemia is an autoimmune condition where the body destroys the intrinsic factor proteins, which in turn inhibits B12 absorption.13 14

These brain disorders are major complications from prolonged vitamin B12 deficiency.16 Along with B9 and B6, B12 controls blood levels of the amino acid homocysteine. Elevated homocysteine levels are associated with brain atrophy.17

Heart disease is another major risk associated with vitamin B12 deficiency. While a vegetarian diet is largely considered healthier for the heart than non-vegetarian diet, cobalamin deficiency is found to negate this beneficial effect.18 This is because people with low levels of B12 have been seen to have high levels of homocysteine, which increases the risk of heart diseases. In fact, in vegans, a B12 deficiency may elevate homocysteine levels to twice as that found in vegetarians and 4 times that in omnivores.19

As an adult, you need only 2.4 mcg vitamin B12 daily through your diet. For infants below 1 year, the daily requirement ranges from 0.4 to 0.5 mcg. Pregnant and lactating mothers require 2.6 and 2.8 mcg, respectively.21

There are many ways vitamin B12 deficiency can be treated but it depends on the cause. Diet-related deficiency can be addressed through eating more animal food products or through fortified foods and supplements. Here’s a list of foods vegans can eat to get B12.

If it is not a diet-related deficiency, it is treated with vitamin B12 injections called hydroxocobalamin. If neurological symptoms are involved, a hematologist will decide the treatment. Further treatment modalities will be decided on the symptoms and their severity.22