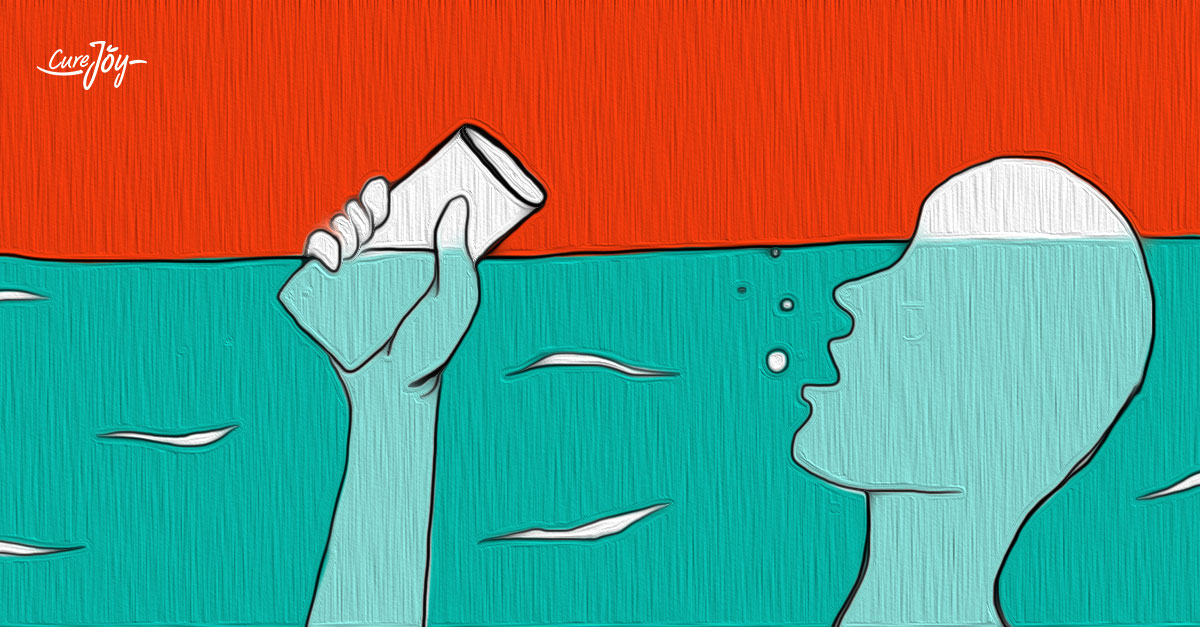 Leonardo Da Vinci has rightly said, “Water is the driving force of all nature.” Water is the source of energy. Up to 60% of the human adult body is water. Some of the largest civilizations of the world have developed and nourished on vast riverbanks. Its uses and effects have been described in almost all ancient texts. Today, we will concentrate on its Ayurveda aspect. What does Ayurveda say about drinking water?

Water is one of the five elements. It comes after akasha (ether), vaayu (air), and agnee (fire). It can be touched, felt, collected, and drunk. It is a coolant and contrast of fire; moist, smooth, and prevalent in nature. Sage Charaka has elaborately described the qualities of water and its efficacy in detail. In his classic “Charaka Samhita” he says, “One should always drink rainwater which is directly collected in clean vessels.” He has described this as “gaangodaka” in Sanskrit.

The Right Type Of Water To Drink

Charaka Samhita says gaangodaka (rainwater) is the best choice of water to drink. It nourishes life, is a vitalizer, is beneficial to the heart and increases intelligence, and gives pleasure and satisfaction. It is cold, light, and clean in nature. The Sanskrit text on Ayurveda also says rainwater is the purest in terms of quality and there is a test to prove it. Charaka explains that one should drink rainwater that can remove the moisture and stickiness of a prepared rice dish.

Advertisements
remember, the Ayurvedic classic Charaka Samhita is around 2500 years old. As far as pollution and global warming are concerned, today’s scenario is different. In India, it is still believed that rainwater is the best choice. But it should be properly filtered and reserved. In its absence, he advises to use water which is floating (not bounded), clean, and that gets adequate sunlight, moonlight, and air.

How Much Water Should We Drink?

Should we drink water even when we aren’t thirsty? As per Ayurveda, the answer is NO. It says that one should drink water only when thirsty and the quantity of water should be adequate to satisfy the thirst. No more and no less.

Ayurveda believes thirst is one of the natural urges of our body like hunger, sleep, urination, and defecation. Thirst arises when the body is in need of water. At that time, the body should be supplemented with adequate quantity of water. Not quenching your thirst may lead to problems. Similarly, drinking excess water when one is not thirsty may also lead to problems.

Advertisements
acts as a coolant. Drinking a lot of water may decrease the digestive fire (can be correlated to the digestive enzymes of our body). It leads to improper digestion. The semi-digested or “not properly digested” food eventually converts into sticky matter called as “ama” that causes many diseases, including “ama vata” (rheumatoid arthritis). Our body is made up of five elements. All the elements need to be in a balanced state. Excessive water element may decrease the fire element. This imbalance may result in diseases.

The quantity of water intake also varies from person to person. According to Ayurveda, it depends on one’s constitution. For example, if one is suffering from excessive pitta, let’s say, hyperacidity, it is advisable to drink more water than usual. It will decrease and dilute the pitta, which will ease up the condition.

Is
Advertisements
It Advisable To Drink Water Before/After Meals?

This is one of the burning questions. Several patients have asked me, “When should I drink water? Before my meal or after it?” Ayurveda says drinking water before meals lead to a lean body (drainage of energy). Drinking water after eating leads to obesity, and during a meal, can maintain a body.

So, if you want to gain a little weight, drinking water after you are done eating is a good idea. If you are planning to shed a few kilos, stick to drinking water before eating. To maintain your health, drink water during meals.

Another popular question is, “Should I drink hot or cold water?”

Let’s get deeper into this.

Qualities Of Hot And Cold Water

As per Ayurveda, hot water is lighter (easier to digest) than cold water. It’s an appetizer and a digestive, resulting in an increase in bowel movements. It also cleanses the systems, specifically the digestive and urinary tract systems. Hot water can treat fever, indigestion, asthma, cough and cold, as well as constipation.

Cold water gives energy, it is a vitalizer. It relieves fatigue and tiredness. It reduces nausea, dizziness, acidity, any burning sensation, and bleeding disorders. Refrigerated water is not advisable to drink.