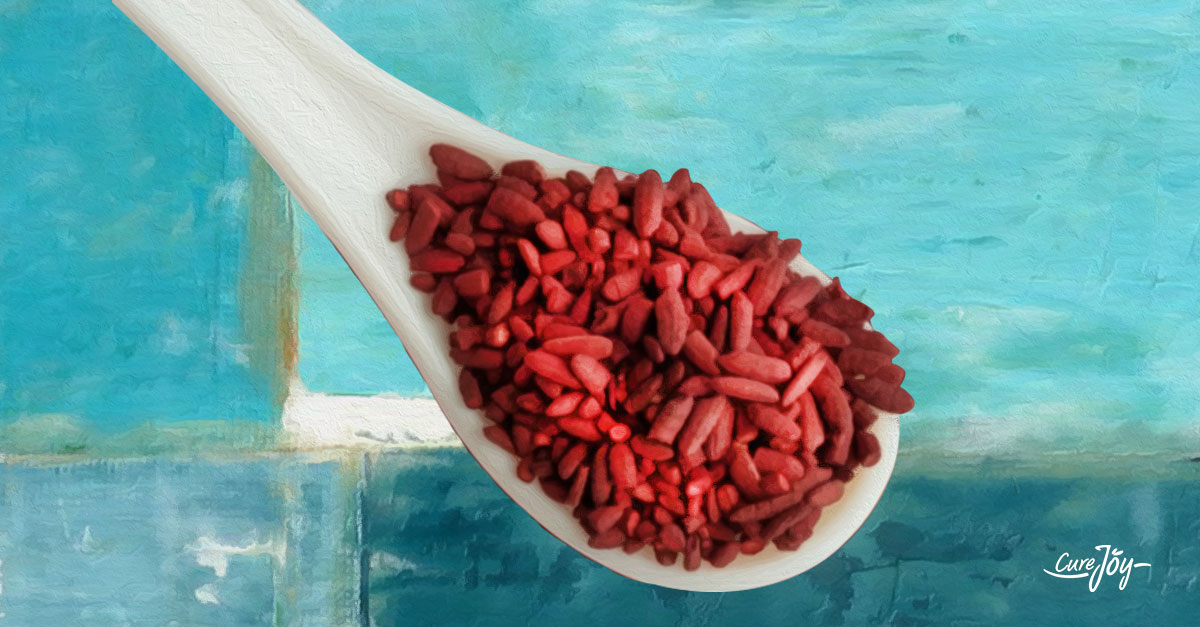 Red yeast rice has been used in Chinese cuisine and traditional medicine for centuries. But what’s garnered the most interest in recent decades is its cholesterol-lowering ability.1 If you have a high cholesterol problem or hyperlipidemia, this is a natural alternative to statins, with the potential to improve your lipid profile. But should you use it?

Red yeast rice is produced by fermenting the Monascus purpureus yeast on rice and is known variously as hong qu (in China), ang khak (in China and Japan), beni koji, red koji or simply koji (in Japan), or red mold or red yeast rice (in the United States).

Advertisements
another study, researchers gave 2.4 g of red yeast rice as a daily supplement to otherwise healthy test subjects with hyperlipidemia. None were on any kind of lipid-lowering drug treatment. They experienced a significant decrease in LDL cholesterol as well as total cholesterol levels at the end of the 8-week treatment period. The good high-density lipoprotein (HDL) cholesterol levels did not change significantly.3

Red yeast rice contains a bioactive substance known as monacolins. Of these, one in particular called monacolin K has been found to be chemically identical to the statin drug lovastatin. And like lovastatin, this monacolin can also help reduce cholesterol levels in the body. The European Food Safety Authority has even gone on record about the ability of red yeast rice preparations containing 10 mg or more of Monacolin K to help normalize blood cholesterol levels.4