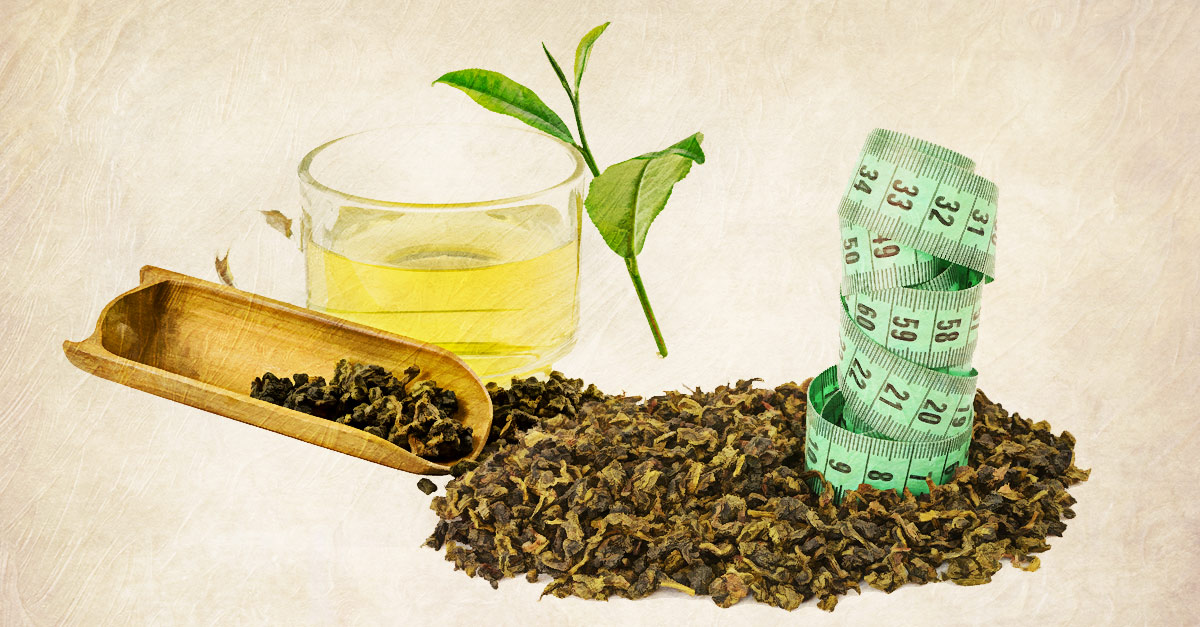 Oolong tea, an exotic brew from China, might seem intuitively healthy when drunk as it is meant to be – plain and without too many add-ins. The Chinese have also, for generations, believed that oolong tea can help reduce weight and maintain this weight loss. But does current day research agree? As it turns out, this tea might have the potential to do that and more. Here’s data you should consider if you’d like to switch to this kind of tea for your morning or evening pick-me-up!

If you’re wondering what oolong tea is in the first place, here’s a quick introduction to this brew from China. A kind of tea that’s made from the leaves of the Camellia sinensis plant, oolong essentially has the same “parent” plant as green and black tea. Somewhere between green and black teas on the processing front, Oolong teas are partially oxidized. Black teas, on the other hand, are oxidized while green teas are dried quickly without any oxidizing. Some say that oolong, a mildly floral tasting tea, combines the best of both worlds! Moreover, while green tea leaves are rolled, oolong tea leaves are treated carefully so their cell structure remains intact without any rolling, which arguably makes them more nutrient-rich in antioxidants like polyphenols. When it comes to weight loss, the antioxidant polyphenols like flavonoids and tannins in the tea, along with the caffeine and amino acids, may have a synergistic effect, translating to the following benefits.1

this study was on men alone, a separate study found similar effects in women too. The study, conducted in Japan, found that energy expenditure at 60 minutes, 90 minutes, and 120 minutes after consuming oolong tea was significantly higher than when plain water was consumed.3

If you’re someone who is carrying around extra weight, oolong tea might help with weight loss. As one piece of research found, 70% of severely obese individuals in the study who had 8 gm of oolong tea daily for a period of 6 weeks saw their body weight drop by over 1 kg, while 22% actually saw weight loss in excess of 3 kg! About 66% of those who were overweight and 64% of those who were obese saw weight loss of over 1 kg during this time, and 12% of all test subjects also saw their subcutaneous fat content decrease.4 As seen in the other study above, the oxidation or burning of fat was 12% higher for subjects who drank oolong tea every day.5

Advertisements
Advertisements
anti-obesity effect, seen in tests on obese and overweight people, has also been backed by animal studies. As an animal study found, test animals who were administered oolong tea alongside a high-fat diet did not develop fatty liver. Obesity stemming from the diet was also prevented.6 The researchers attributed this effect to both the caffeine and other polyphenols in oolong that helped modulate the metabolism of fats by the liver and pancreas.

Facebook
Twitter
Pinterest
WhatsApp
Previous articleNutritional Value Of White Rice: Pros And Cons To Consider Before You Dig In!
Next articleBuruli Ulcers: A Look At The Causes, Symptoms, And Treatment Options Of This Disorder
CureJoy Editorial