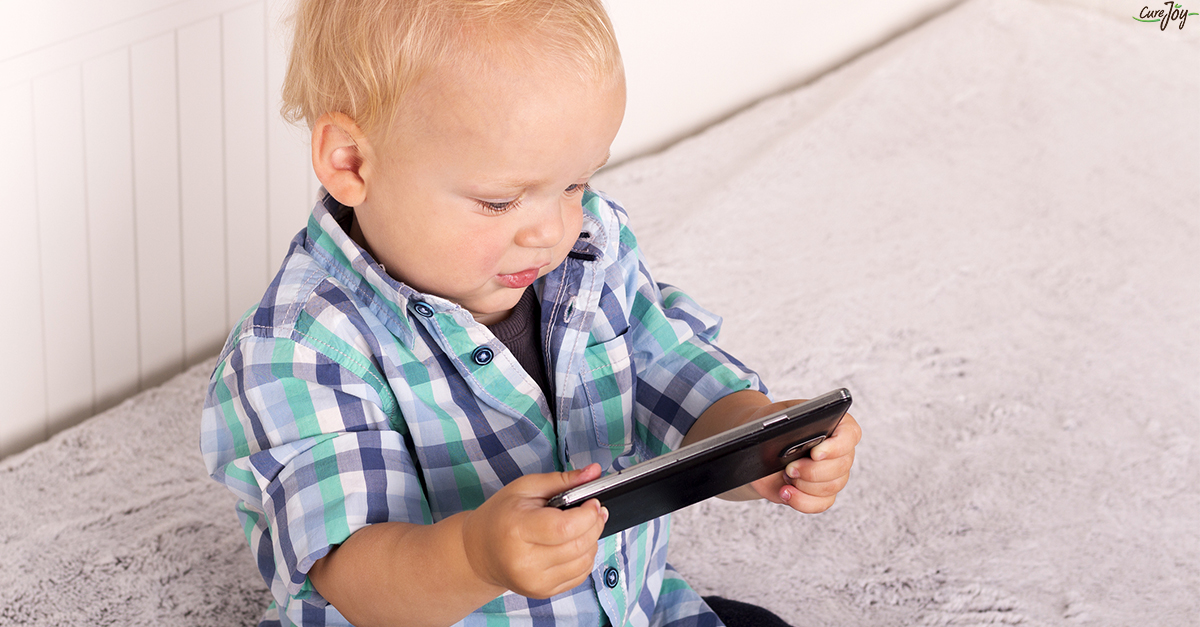 As the digital age evolves, every parent is concerned about the excessive use of digital media in kids. Now, every kid is exposed to a mobile phone, tablet, or a TV from a very early age. And parents worry about the adverse impact it can leave on their kids. Among many other disadvantages, sleep-disrupting effects of excess screen time is very well known. A new research has added more to it by explaining why kids are highly susceptible to sleep disruption from screen-based media use and exposure.

According to a recent report from Commonsense Media, mobile-media device use has tripled among young children since 2011. Kids under 8 use them 48 minutes per day and many parents allow them to use digital media as part of the bedtime routine. They believe it would calm them down before sleep. And many parents remain ignorant about the impact of this little blue light on their kids’ sleep and circadian rhythms.

Most studies have agreed that kids who consume more screen-based media are more likely to experience sleep disruption. There is an adverse association between screen-based media consumption and sleep health. More than a dozen studies that looked into youths ages 5 to 17 from around the world found that more screen time is associated with delayed bedtimes, fewer hours of sleep, and poorer sleep quality.

Advertisements
it will, in turn, have other negative outcomes. Lack of sleep and poor sleep quality may result in daytime tiredness. This will again lead to poor school performance and other psychological problems.

It is not just the usage that affects kids. Even those who leave a phone or a computer on overnight in their bedroom are likely to suffer from disturbed sleep. It is found that these electronic devices are present in the bedrooms of 75% of children and 60% of adolescents view or interact with screens before bedtime.

The new research has done a sweeping review of literature to find out why digital media adversely affects sleep. The kids’ eyes are not fully developed. This makes them more sensitive than adults to the impact of light on the internal body clock. It, in fact, suppresses the sleep-promoting hormone melatonin. Moreover, various studies have proved that blue light, which is common in all hand-held electronics, has a greater potential in suppressing melatonin.

Advertisements
get a clear picture, you need to know the role of light. According to Monique LeBourgeois, an associate professor in the Department of Integrative Physiology at CU Boulder, light is our brain clock’s primary timekeeper.1 As light reaches our retina in the evening hours, it results in the production of signals to the circadian system to bring down the level of melatonin. As we all know, melatonin plays an important role in promoting sleep. Kids and teens with larger pupils and transparent lenses are more sensitive to light. A study has found that when adults and school-age children were exposed to the same amount and intensity of light, the magnitude of melatonin suppression by the light stimulus in children was almost twice that of adults.

What
Advertisements
Can You Do