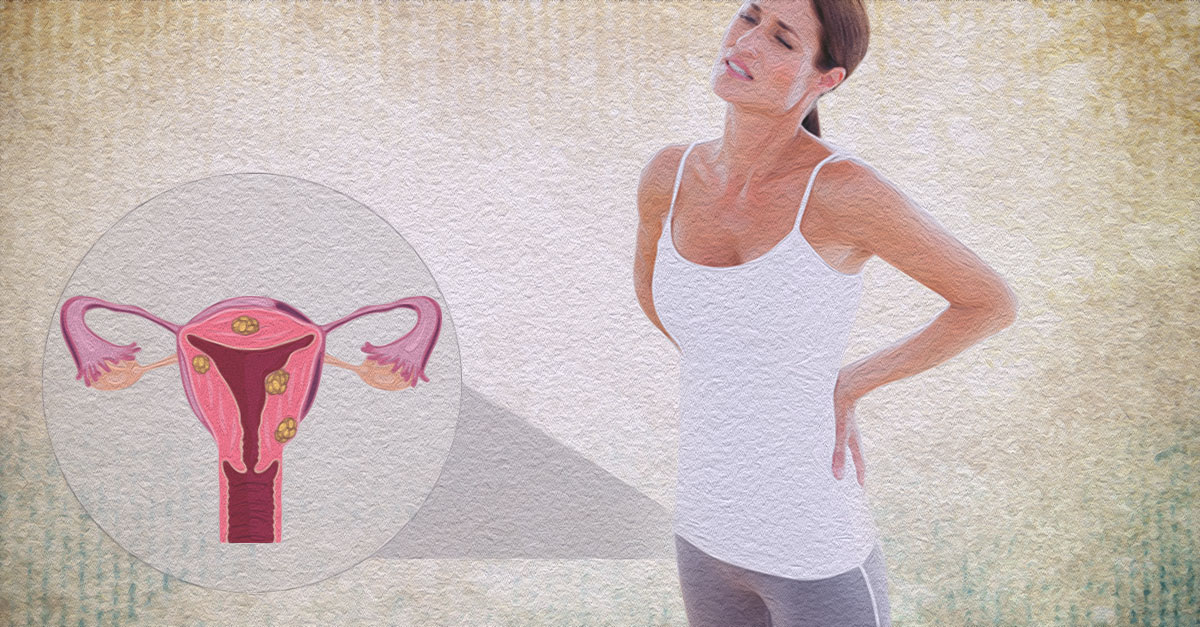 Fibroids, or leiomyomas, grow in the uterine wall, possibly triggered by hormonal or genetic factors. Most fibroids are noncancerous and do not present symptoms. But if they do become symptomatic they cause:

If you’re a woman who’s been diagnosed with uterine fibroids or muscular tumors of the uterus, you might be worried about what lies ahead. And it might help to know that you’re not alone. In fact, about 20–80% of women are at risk of developing fibroids before they hit their fifties. While some of these women live with fibroids without ever being troubled by any of their symptoms, others go through a host of reproductive health complications, the most complex one being infertility.1

Typically, fibroids stop growing and shrink with the arrival of menopause, which is why its growth might be influenced by the reproductive hormones estrogen and progesterone.2 But once they cause symptoms, conventional medicine recommends treating this condition with the help of hormone therapy which shrinks the fibroids, surgical removal of fibroids, or the removal of the uterus itself. However, more and more women today are seeking less aggressive interventions with fewer side effects from alternative health systems. And if you’re one of them, we’ve got all the options listed below.