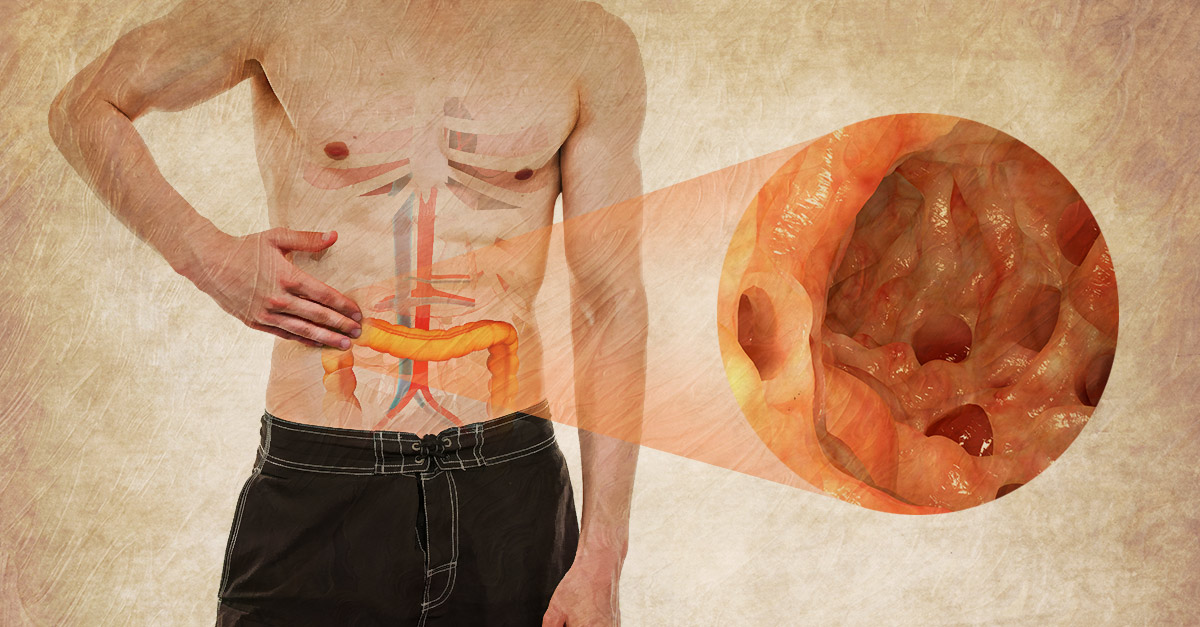 Tummy troubles of any kind are quite a bummer, aren’t they? But if constant tummy woes like intense pain and stomach upsets are making you miserable because you have diverticulitis, help is at hand. Here’s what you need to know about this condition and tackling it naturally.

People with severe diverticulitis symptoms may need to be hospitalized. Diverticulitis can also cause complications like perforation or a tear in one of the sacs, inflammation in the abdomen (peritonitis), or intestinal obstruction. It can also result in an abscess which may need to be drained or treated surgically. Do see a doctor if you experience severe symptoms or have bleeding from your rectum.1

If you are over 40, chances of small protruding sacs (diverticula) developing in the lower intestine and pushing through weak parts in your colon walls are quite common. While it’s not clear what causes this condition called diverticulosis, people with it seldom have any symptoms or problems. But in a smaller segment of people, these diverticula may get infected or inflamed. This is diverticulitis and happens when stool or bacteria get into a sac or sacs in your colon. A reduction the number of healthy bacteria and an increase in harmful bacteria in your guts may also lead to diverticulitis.

Advertisements
symptoms like diarrhea or constipation, vomiting or nausea, as well as chills and fever, diverticulitis can become a handful. You also typically experience severe pain in the lower left part of your abdomen which comes on suddenly. Mild pain which worsens over a few days is also a possibility.2 While you may need to see a doctor to assess the severity of the condition and may be given antibiotics, some natural remedies can also help ease the condition and prevent further flare-ups.

1. Rest Up And Have A Liquid Diet

Mild diverticulitis usually gets better when you follow a liquid diet for a while. This allows your colon to rest. Your doctor will chart a diet plan based on your symptoms. You can have clear soups and broths, fruit juices without the pulp, coconut water, and weak tea.

Advertisements
you get better after a few days, you can slowly add solid foods to your diet. Depending on the severity, you may need antibiotics to tackle the infection. Make sure you complete the course as prescribed. In severe cases, you may need to be hospitalized and antibiotics may be administered intravenously.3

2. Have A High-Fiber Diet

Having more fiber can help to stop painful flare-ups of diverticulitis as well as bleeding. Fiber increases the bulk of stool and reduces the time taken for stool to pass through your digestive system. Try to take in around 20 to 35 grams of fiber in a day. It’s best to get your fiber from vegetables, fruits, and grains. But do remember that you need to increase the amount of fiber in your diet gradually – a sudden increase can lead to problems like bloating and cramps. It’s also important to drink plenty of water when you have fiber since fiber absorbs water and can lead to constipation without sufficient water.4

But there’s an important caveat when it comes to fiber. If you’re suffering from an attack of diverticulitis, you’ll need to stick to a liquid diet for a few days, as prescribed by your doctor. You should also go on a low-fiber diet while you’re recovering so that your digestive system can rest. When your symptoms abate, switch to a high-fiber diet.5

Research shows that probiotics or helpful good bacteria can help tackle symptoms of diverticulitis and may even prevent it.6 The growth of harmful bacteria may play a role in diverticular disease by increasing inflammation. On the other side, the presence of “good” bacteria can help decrease the growth of harmful bacteria and control inflammation in the colon. Probiotics are naturally present in some foods like yogurt. They can also be taken as a dietary supplement.7