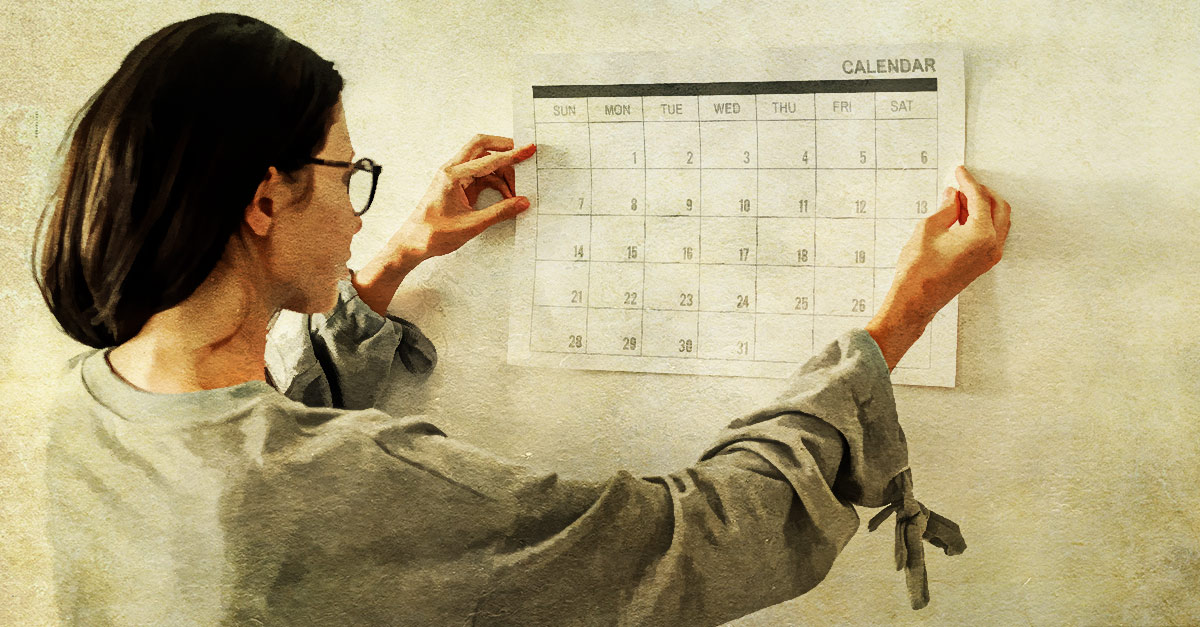 Birth-control pills are constantly in the news with various side effects from their prolonged use coming to light every single day. Where does that leave you if you’re not looking to conceive? Natural birth-control methods have been used for generations, yet not all of them are equally effective. So which ones should you opt for?

Should You Even Consider Natural Birth Control Methods?

While natural birth-control methods might not be as effective as commonly used artificial methods like male or female condoms or birth-control pills. But, if any of the modern Fertility Awareness-Based Methods (FABM) are followed accurately, the protection can be as much as 97–99 percent.1

What you should know, however, is that if you make an error in your calculations or take a misstep, the protection that may have been 98–99 percent drops to just about 75 percent or lower, depending on how far off your accuracy is.2

Advertisements
While protection in the high 90s is good enough for most, if you need to improve the effectiveness of the method, be doubly sure to follow all the rules. Besides this, you might want to consider a different approach if

The above-mentioned factors could lower the effectivity of this form of contraception or affect your health adversely. Besides, do remember, while these natural birth-control methods might protect you against conceiving, they do not deflect sexually transmitted diseases. So if you are not in an exclusive monogamous sexual relationship, or are concerned that either of you might be carrying an infection of some kind, you would do well to also use a barrier like a condom.

For 3 days in a row, your temperature might be higher than all of the previous 6 days. This increase in temperature is very small, generally around 0.2 C (0.4 F). It’s likely that at this point, you’re no longer fertile.

The cervical secretion-monitoring method, meanwhile, involves keeping a check on the change in the amount and texture of your cervical secretions (cervical mucus) during different times in your menstrual cycle. To do this, gently insert your middle finger into your vagina, pushing it up to around your middle knuckle.

For the first few days after your period, you might notice that your vagina is dry and doesn’t produce a lot of mucus. As your hormonal levels rise to prepare for ovulation, it might turn moist, sticky, white and creamy. This indicates the start of the fertile period of your menstrual cycle. Immediately after ovulation, your cervical mucus is likely to get wetter, clearer, and slippery, resembling the texture of a raw egg white. Eventually, your mucus should return to being thicker and more sticky. 3 days post this, you should no longer be fertile.

Advertisements
these two methods has been found to prevent pregnancy. In fact, one study found that it is an effective option for family planning/birth control. During the fertile days, intercourse must be done with some form of birth control or protection. Alternatively, abstinence may be practiced for those days. Of the women enrolled in the study, only 1.8 in every 100 became pregnant over a 13-cycle window. Here, too, the researchers emphasized that effectiveness depends on adhering to the guidelines for observations/tracking of these parameters.3

only caveat here for this method is that if a woman’s cycle is irregular or unpredictable, the accuracy and therefore effectiveness of natural birth-control drops. As such, you could combine this method with the temperature and cervical secretion-monitoring method, both of which are generally considered more effective, as seen also in the pregnancy rates in the studies mentioned.

This approach relies on easy-to-use home kits that generally contain a device that can tell you what your most fertile days are. This is done by measuring the levels of luteinizing hormone or estrogen metabolites in your urine and requires you to record the beginning of her cycle, i.e the first day of your menstruation and continue recording each day until the 6th day when you will be asked to take a urine test first thing in the morning. Depending on the brand of the test, you might have to do a test for 10–20 days. The device will then indicate when your fertility rate is low, high, and at its peak. It will also, on an average, give you a 2-5 day warning before the actual day of ovulation. During this period, it is recommended that you use protection or abstain from sexual intercourse. This method is simple and the use of calibrated measuring tools makes its accuracy good. In general, it is said to result in a 1–3 percent pregnancy rate over a year-long window, when used correctly.6 7

That said, besides being expensive, the warning period might not be enough to prevent pregnancy and doesn’t look at the status of cervical mucus. Hence, it might be ideal to combine this method with the cervical secretion-monitoring method monitoring method to fine-tune your observations. It may also be supplemented by basal body temperature measurement to improve accuracy.8 One study even noted a pregnancy rate of 2.1 percent for every 12 months of correct use of this method. That translates to effective protection 97–99 percent of the time, and 97.9 percent protection in the case of the study.9