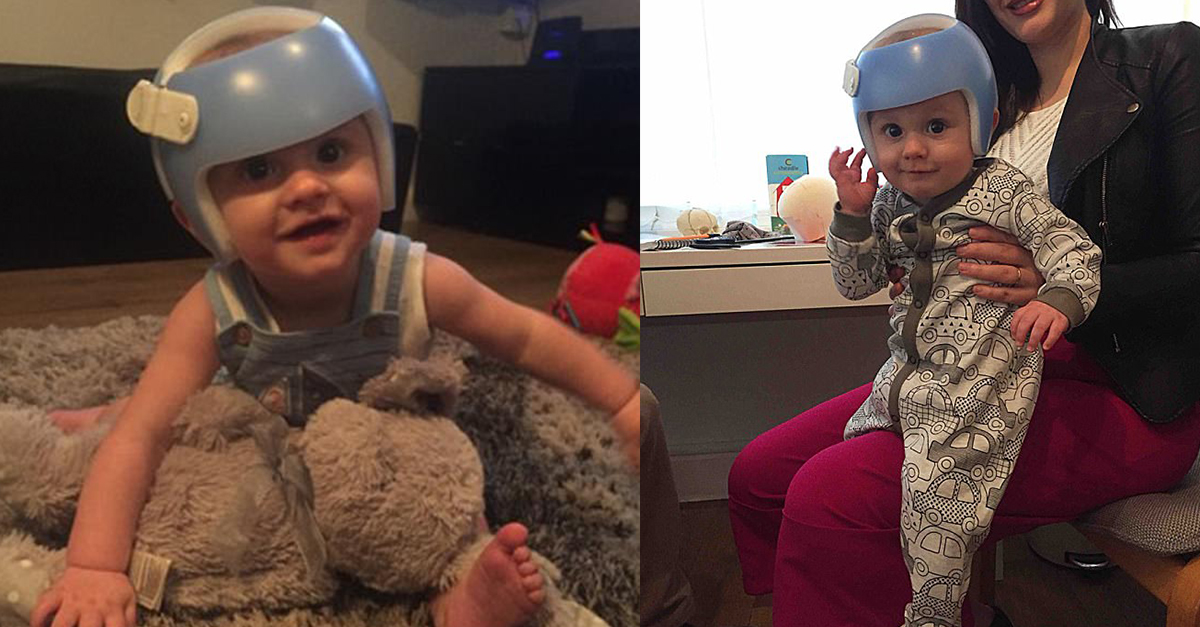 Bartender mom JJ Rushton spent over a month in labor says that it crushed her baby’s skull and left his head looking like a deflated balloon. 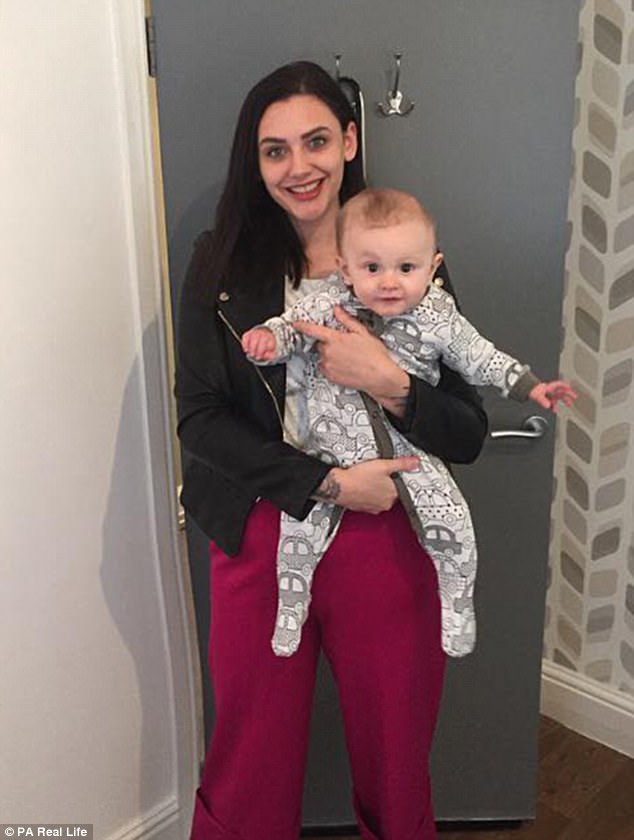 Mom of 2-year-old Porter, she got her contractions when she was 32 weeks pregnant. She rushed to the Stepping Hill Hospital in Stockport, Manchester, with her husband, Paul, worrying that the baby will be born prematurely.

The mom said, “Up until my third trimester, I’d had a normal pregnancy, but I suddenly started to experience severe pain in my bump and I felt like the baby was very, very low. 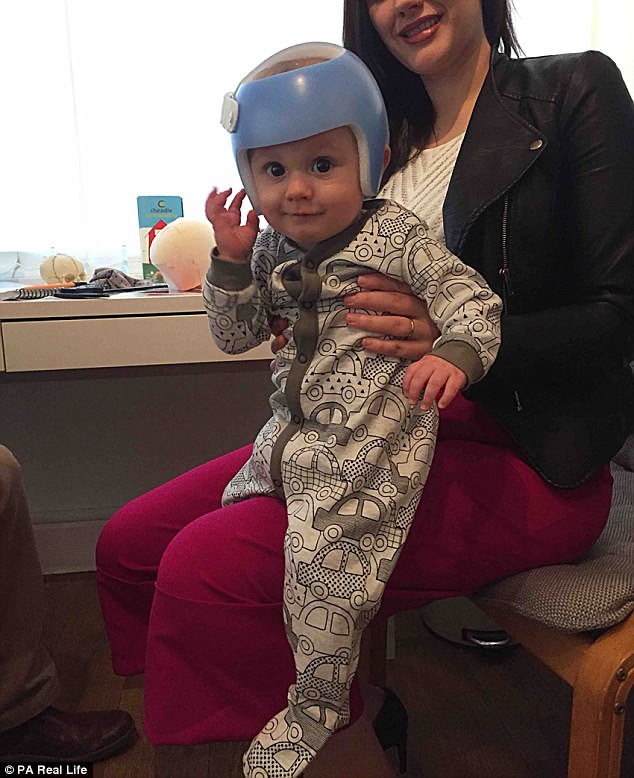 “It was obviously far too early. Luckily, doctors were able to administer Tocolytic drugs, which are used to slow down labor and give the baby more time to develop.”

Despite medications and drugs, JJ continued to feel regular contractions which is known as soft labor for until a month before her son Bobby was born on March 31, 2017. The baby weighed only 6lb 9oz and was taken to Neonatal Intensive Care Unit (NICU). Little Bobby spent close to 21 days in an incubator suffering from jaundice.

Advertisements
was worried that, as he grew it would get worse and worse. The GP said unless the condition is going to affect his ear, eye socket or jaw bone, the NHS can’t help. We wanted to act as quickly as possible, because, at the minute, his head is still soft. We didn’t want to get to a point where his head was more solid and it had already started to affect his ears or eye sockets,” JJ added.

The couple finds it hard to watch their son wear the helmet for 24 hours.

She said, “For Paul and I, watching him wearing a helmet for 24 hours a day is hard, but it will be worth it if it means he doesn’t have problems when he’s older.” 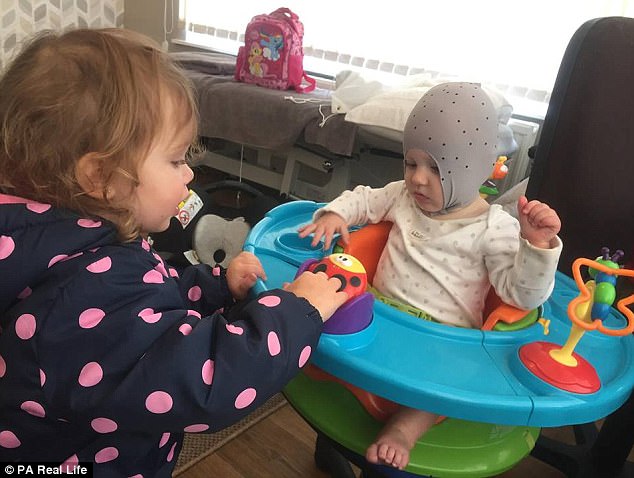 A detailed 3D scan of his head was taken before taking two weeks to create the special helmet, molded exactly to fit.

“It puts pressure on the misshapen areas, to push them back on the pressure points and create a normal head shape again. He has to wear it for six months. He only gets 40 minutes release in the morning and 40 minutes release at night,” Rushton explained.

Advertisements
helmet is not without any risks and there is no evidence to suggest that it may work. Experts do not often refer the helmet as it may cause distress to the baby.

JJ said, “I know that wearing it can increase his body temperature and put him more at risk of cot death, so I am very wary and it causes me a lot of anxiety. I feel like I’m constantly checking on him when he’s sleeping, to look out for things like red cheeks or sweat on his brow, just in case he’s getting too hot.”

Flathead syndrome is two types – plagiocephaly and brachycephaly. Babies develop flattened head when they are couple of months old.