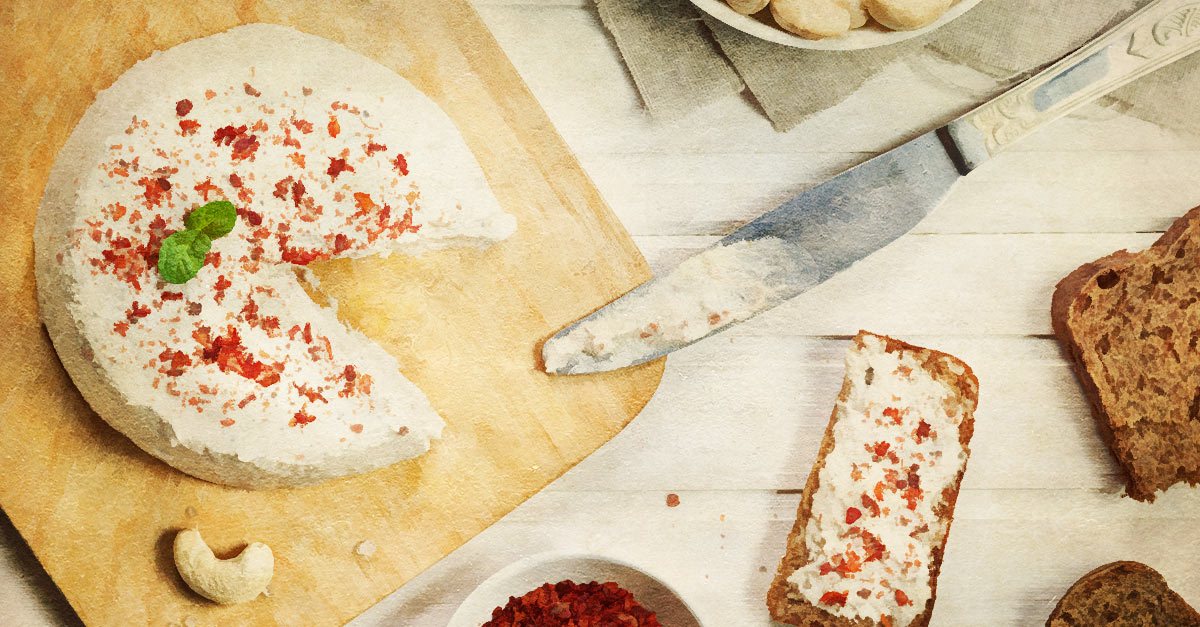 Today, a lot of celebrities, fitness enthusiasts, and nutritionists are shifting to plant-based diets. And, this has prompted a lot of us to consider making the switch ourselves or give the diet a try. This possible increase in demand for vegan products could be the reason why there are, now, plenty of options in the aisles of grocery stores.

One such option is vegan cheese, which is an alternative to dairy cheese and tastes quite close to the “real deal.” And, since vegan diets are considered to be healthy by default, it is assumed that vegan cheese is healthy as well. However, despite there not being any research to determine the health aspect of vegan cheese, making this assumption might not be a healthy decision. Before we list out the benefits and drawbacks of vegan cheese, it’s important to look at the types that you’ll generally find on your grocery run.

What Are The Types Of Vegan Cheese?

As stated before, there aren’t any studies that look into the specifics of vegan cheese. However, understanding their ingredients and how they’re made might be a good place to start.

Advertisements
dairy-based cheese is made, casein (a protein found in milk) coagulates to form the cheese curd.1 Since vegan cheese can’t have casein, manufacturers use tapioca flour, arrowroot flour, and potato starch to thicken the “cheese.” The base of the vegan cheese could have any of the following ingredients

Besides this, vegan cheese might also contain nutritional yeast, depending on the brand. Hence, it’s difficult to generalize all the different types of vegan cheese since they differ based on the brands and how they’re made. However, there might be certain benefits that they all have.

1. Is Low In Calories

If you’ve been watching your caloric intake, vegan cheese might come as a delightful treat to you. Most brands are much lower in calories as compared to milk-based varieties. For instance, 19 grams of vegan American-style cheese slices give you 35 calories while 19 grams of milk-based American-style cheese slices will give you approximately 45 calories.2 3 So if you’re craving some cheese but don’t want to pack on the pounds, you could consider trying some vegan cheese instead. However, overindulging in vegan cheese can make you gain weight as well, so be sure to consume it in moderation.

If you’re lactose intolerant, being able to enjoy a pizza without worrying about nausea, bloating, and abdominal pain might be a distant dream.4 To add to this, keeping track of the amount of lactose in different kinds of cheese and reading the ingredients’ lists for each one of them can be frustrating.

Besides this, you might even be worried about cross contamination. This makes vegan alternatives an easy way to customize your pizzas, burgers, sandwiches, and pasta recipes.5

Advertisements
the research around this is fairly new, studies state that the high levels of estrogen in milk might increase the risk of testes, prostate, and breast cancer. Additionally, these naturally occurring estrogens are believed to be 100,000 times more potent than those in pesticides.6

Furthermore, other studies state that insulin-like growth factor-1 (IGF-1) that is found in milk and milk products might also contribute to the higher risk of cancer. While the research regarding this drawback of milk is still ongoing, you could opt for vegan cheese in place of regular cheese every now and then.7

Besides the above-stated benefits, vegan cheese also caters to several allergies since some brands have soy-free, nut-free, and gluten-free options. They also contain slightly more fiber than their dairy-based counterparts. However, despite these benefits, there are certain drawbacks of vegan cheese that you should know of.

Advertisements
you’re on a protein-rich diet and are keeping track of your macros, then vegan cheese probably shouldn’t be on your grocery list. Most brands have little to no protein in them.

For instance, most vegan American cheese alternatives have no protein in them, while the dairy-based kinds have up to 15.75 grams of protein in 100 grams.8 9  The same holds true for other types of vegan cheese as well.

Vegan cheeses have little to no nutritional content. For instance, dairy-based cheddar contains vitamin C, A, B vitamins, and iron. It’s also high in calcium with 1176 milligrams in 100 grams.10

In comparison, vegan cheddar contains calcium that is slightly lower than that of regular cheddar (1053 milligrams in a 100 grams to be precise) but doesn’t have any other nutrients.11 It’s important to note that these values might differ based on the brand. However, if you do wish to stick with vegan cheese, you could look for fortified options.

Although vegan cheese is low in cholesterol and bad fats, if you opt for oil-based options, you might be at a high risk of atherosclerosis, a condition that causes the arteries to get blocked.

This could be because any seemingly “healthy” oils used in vegan cheese are still highly refined and liquefied fats. Hence, it might be healthier to go for high-fat, whole plant-based foods or organic dairy-based cheese made from whole milk.12

It’s difficult to judge an entire food group based on a few brands and their options. However, when had in moderation, vegan cheese can be a part of a healthy diet, just as dairy-based cheese is.

It’s important to note that both alternatives are high in sodium, which can cause bloating, high blood pressure, and heart disease. Your best bet, hence, would be to make your own cheese at home, whether it’s made with dairy or plant-based sources. Alternatively, you could head to the farmer’s market for fresh cheese.13

At the moment, there is no research to state that vegan cheese is healthier than any other form of cheese. In fact, it might be best to treat it like any other cheese and consume it in moderation.