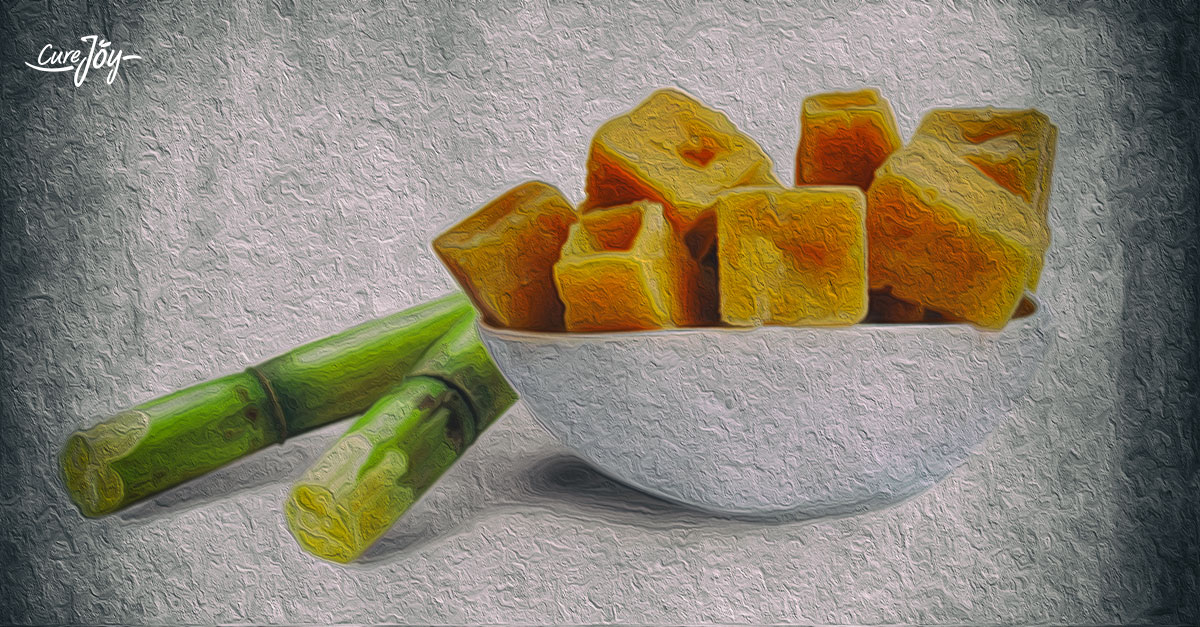 Being diabetic can often set off a sweet tooth you didn’t know you had. And when sugar is out of bounds, jaggery with all its health benefits and uses in traditional medicine can seem like the perfect non-sugar alternative. But is it really a smart choice if you are diabetic? Or will it mess with your blood sugar levels just like any other sweet would?

Jaggery, a traditional form of sweetener from the Indian subcontinent, is the solid residue you get from boiling down clarified sugarcane juice. It is considered less processed than refined white sugars, which is why it retains a lot of its nutrients like potassium and calcium as well as iron. Because it is more brown and subject to less processing, it can, on some psychological level, seem like a healthy choice. After all, brown rice is healthier than white rice and brown and wholewheat bread healthier than white bread, right? Unfortunately, there isn’t reason enough for you to reach for the jaggery. Does it have health benefits? Yes, from fighting oxidative stress and blood pressure to helping with your iron intake, there’s much that jaggery can do. But these don’t take precedence if you’re diabetic. Because, as it turns out, it is a sugar after all.1

the two-hour numbers for all three were similar, researchers concluded that none of the sweeteners could be called less hyperglycemic than the others – and, therefore, none could be recommended as sweeteners in lieu of other sugars. In effect, having jaggery would have the same glycemic implications as having regular sugar or honey.4