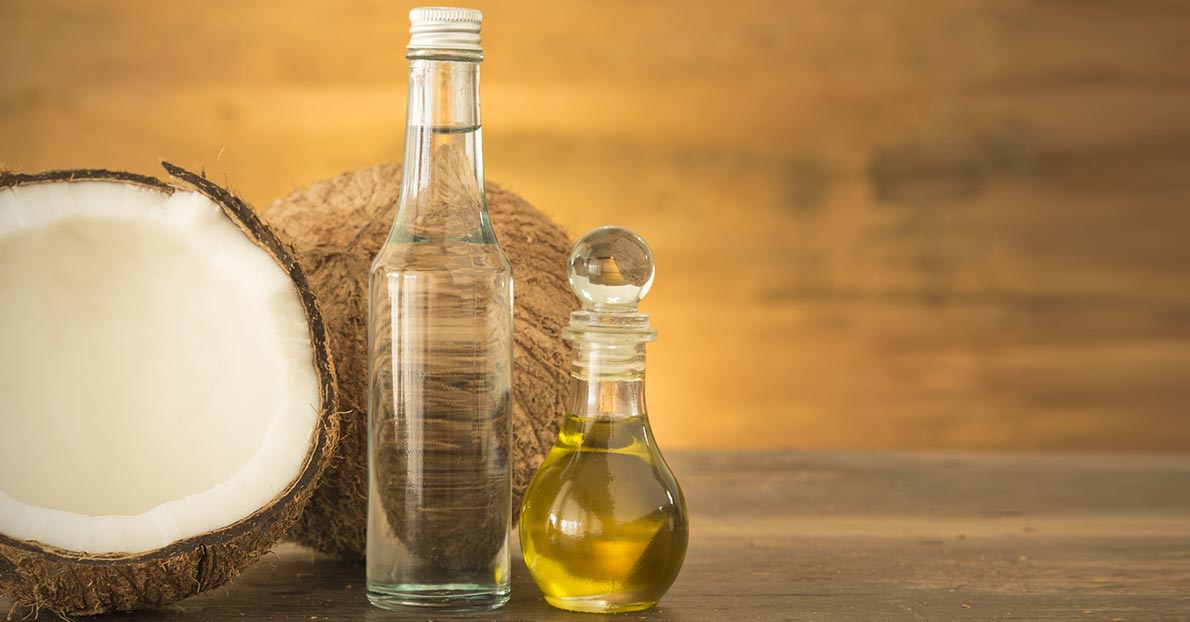 While the low-carb diets are gaining popularity worldwide, fats have made a great comeback in the health scene. The healthy fat foods are numerous, and among them, ghee and coconut oil have gained the most popularity. However, we are still not sure about which one among ghee and coconut oil is a better fat. Read on to find out which one is superior among both of them.

The Benefits Of Coconut Oil 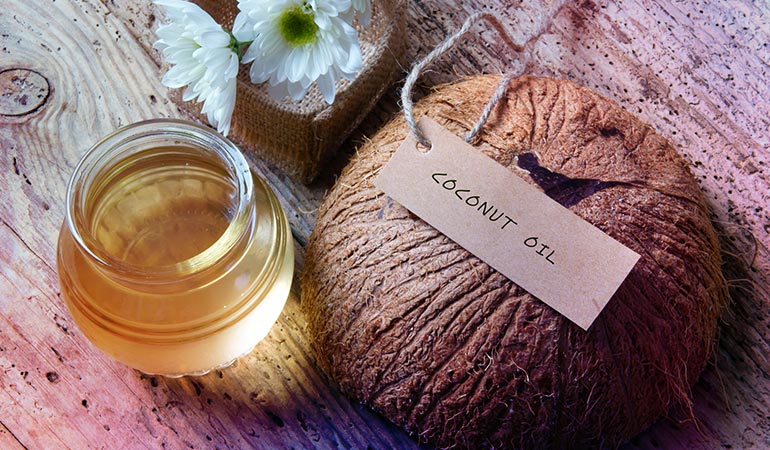 Both ghee and coconut oil are elite fat foods, but there are definite differences between them. Once you learn the differences, you will be able to decide for yourself as to which one would work better for you.

Coconut is a health food that has been popular since ages and people are accustomed to using it. People also digest coconut well. Coconut is a survival food as its meat, fat, water, and even the husks provide ways of food and living. It is anti-fungal and anti-inflammatory in nature, helps in weight loss, promotes healthy skin and hair, and improves energy.

Advertisements
oil is excellent for cooking. It has the ability to tolerate more heat than butter, olive oil, and other oils that have a low smoke point. This makes the healthy fat content in coconut oil go less rancid as well. Composed primarily of medium-chain triglycerides, coconut oil doesn’t take much work from the digestive system to break down into energy. Just a small amount of bile from the gallbladder and a tiny amount of digestive enzymes are all that coconut oil takes to break down into energy. This makes it an amazing source of fat for people with poor digestion and no gallbladder as well.

Who Should Avoid Coconut Oil? 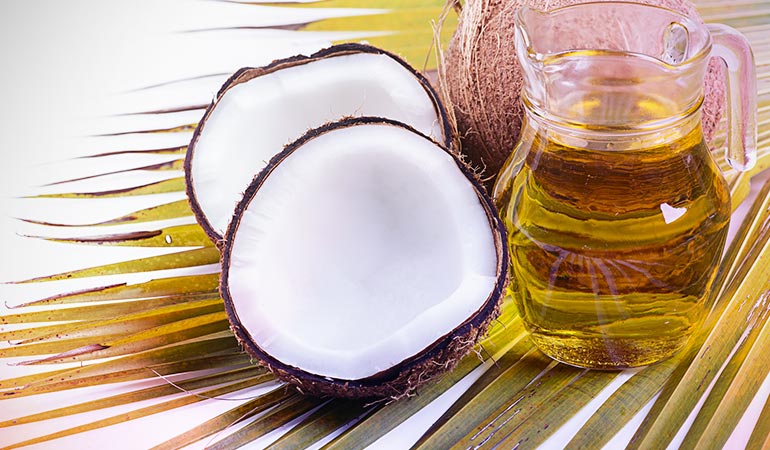 The only known downside of coconut oil is that it is not very rich in fat-soluble vitamins such as vitamin A, vitamin D, and vitamin K. These vitamins are found in ghee, another source of healthy fat. Some people take some time to adjust to its taste as well, due to the slight natural sweetness present in it.

Advertisements
who are underweight or anxious must not use coconut oil as it gets digested quickly, absorbs soon, and further speeds up an already fast metabolism. If the energy balance is not maintained in the body, it might even impact the sympathetic nervous system by making it overactive and lead to imbalances.

The Benefits Of Ghee 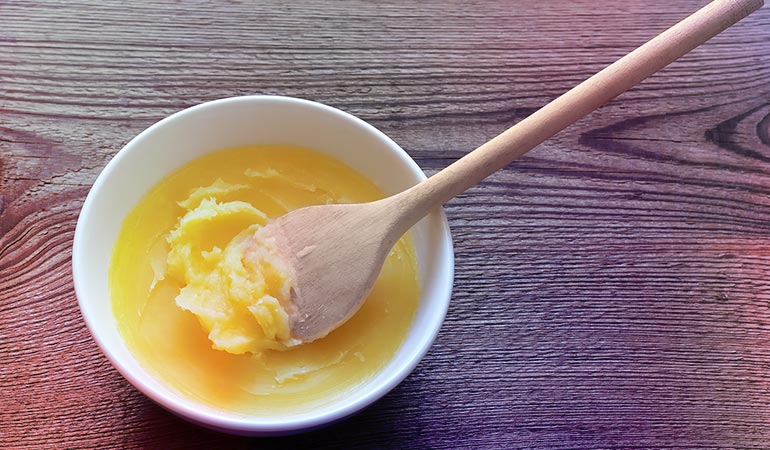 Ghee or clarified butter is a very healthy source of fat and quite useful too as it is pure butter fat. All the sugar and proteins in milk are cooked out to make ghee, leaving an easy-on-the-stomach golden liquid, which is nothing but grass-fed butter fat. It is exceptionally rich in vitamins A, D, and K as well.

Ghee lacks in water and has a very high smoke point which makes it perfect for cooking purposes. Raw and cultured butter is also very easy to digest and contains enzymes and bacteria that support the gut health. However, it is not easy to find raw butter and ghee is just as good as it is.

Advertisements
contains no casein and is pure fat, which is the reason it is not attacked by the immune system. This makes it a good source of fat for people sensitive to dairy as well as no symptoms of allergy or immune responses are noticed by dairy-intolerant people who consume ghee. 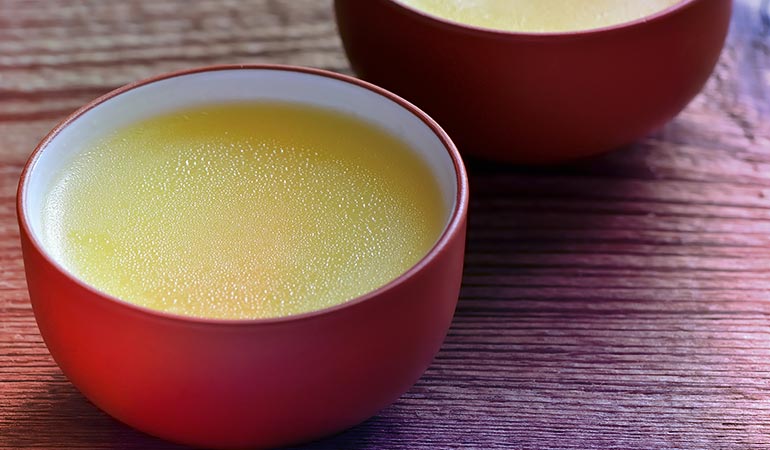 Ghee and coconut oil are both wonderful fat foods. When you are deciding which one to use and which one of them would be better, look at the factors below:

1. Nutrition: Ghee is more nutritious as it contains a healthy dose of fat-soluble vitamins. However, coconut oil is strictly anti-fungal and anti-inflammatory.

3. Taste: Coconut oil has a comparatively stronger taste than ghee, reason why some people dislike it. Ghee tastes more neutral and is versatile in its use and application across dishes.