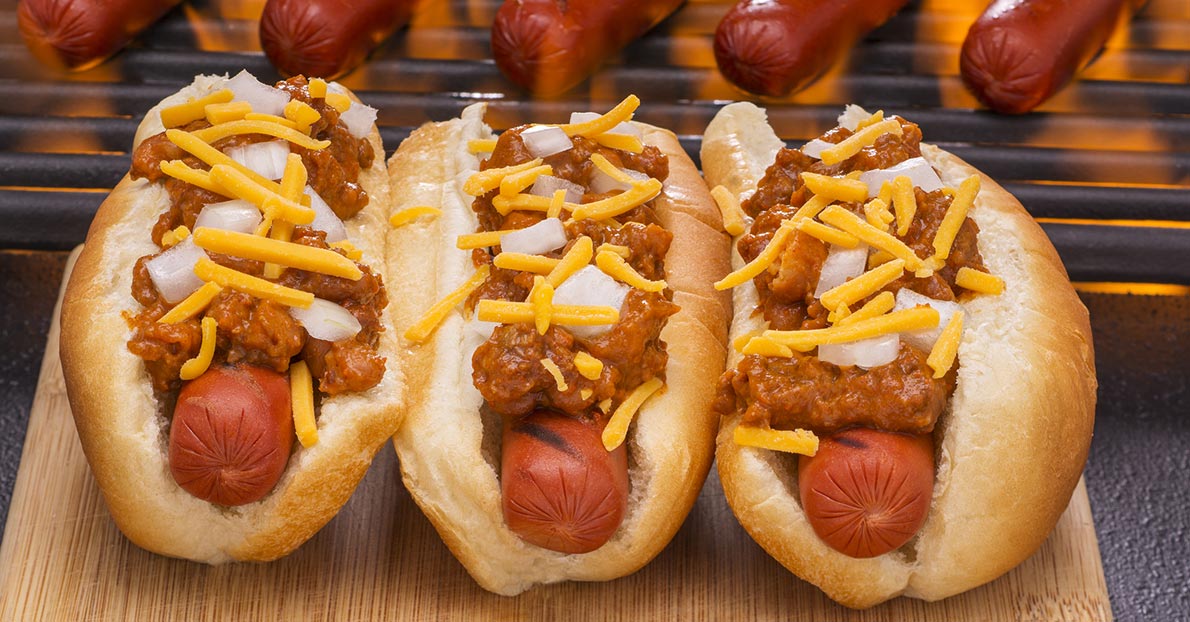 Hot dogs are incredibly satisfyingly foods. They’re cheap, simple, readily available, and are absolutely delicious. Hot dogs, although an American favorite, surprisingly has some its origins in Germany. But this little titbit will be the last thing on your mind once you are fully aware of all that goes into making this mouthwatering stick of meat. Listed below are some of the shocking hot dog facts you may want to know.

1. Hot Dog Casings Are Made With Animal Intestines 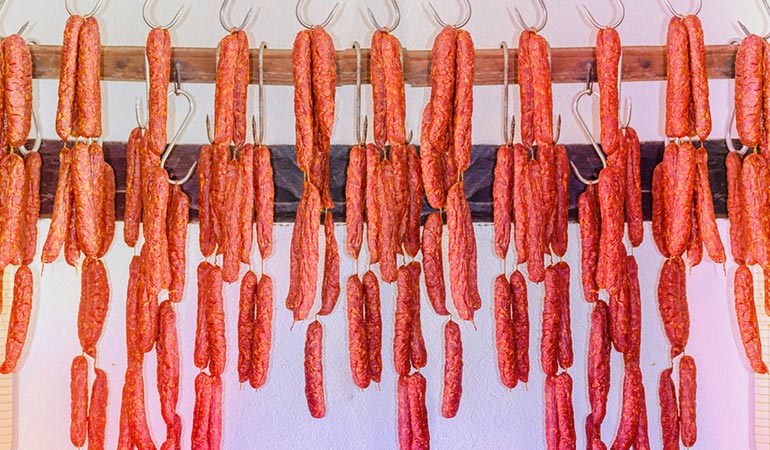 If you ever opt for hot dogs with what is called as ‘natural’ casing, keep in mind you’re consuming animal intestines. The meat that is collected and processed is stuffed into these casings. The animal intestines used include pigs, sheep, goat, cattle, and in some cases even horses. If you’re repulsed by this, there are artificial hot dog casings that are sold in the market as well. Artificial casings are made using collagen, cellulose, and plastic and therefore they may have to be removed before consumption. 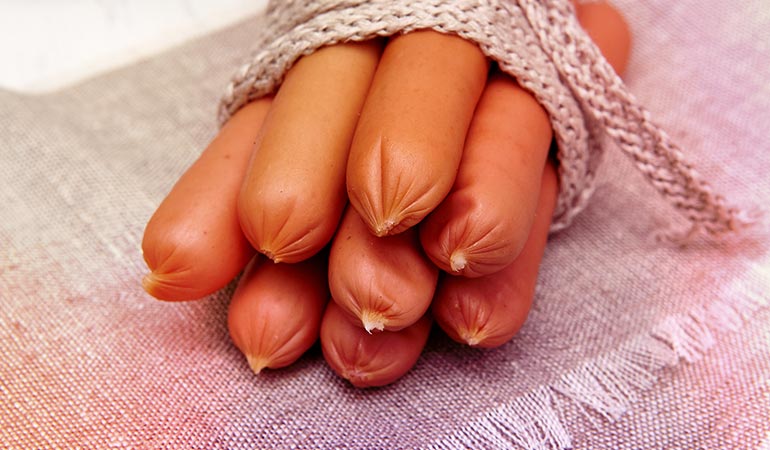 Most hot dog packaging lists out the ingredients and the meats used which may include beef, pork, and poultry. Apart from the animal from which the meat is sourced, if you’re under the impression that you’re eating meat only from the good parts, you’re wrong. The meat used in hot dogs include those taken from the heart, liver, kidney, and stomach of the animals. In some cases, snouts of pigs are also used in the meat.

3. People Have Found The Weirdest Things In Their Hot Dogs 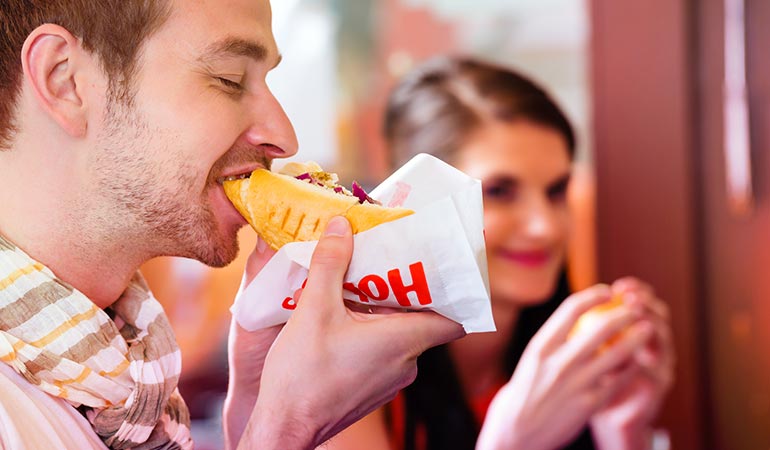 There are only things we want to find in our food while we’re eating it – satisfaction or a wedding ring. But many people have reported finding the weirdest things in their hot dogs during consumption. These things may include chunks of plastic, rubber, small pieces of metal, hair, and even needles. As a result of numerous complaints, more effort is being taken to ensure that the meat is filtered properly before it reaches the consumer. 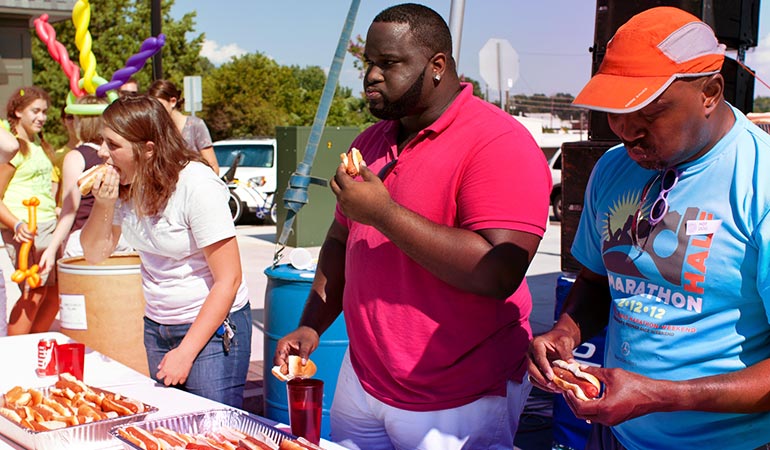 According to statistics provided by the National Hot Dog and Sausage Council, “In 2016, consumers spent more than 2.4 billion USD on hot dogs in U.S. supermarkets.” They also report that Los Angeles consumes more hot dogs than any other state even topping New York and Philadelphia.

5. Hot Dogs Have Frequently Been The Cause For Food Poisoning 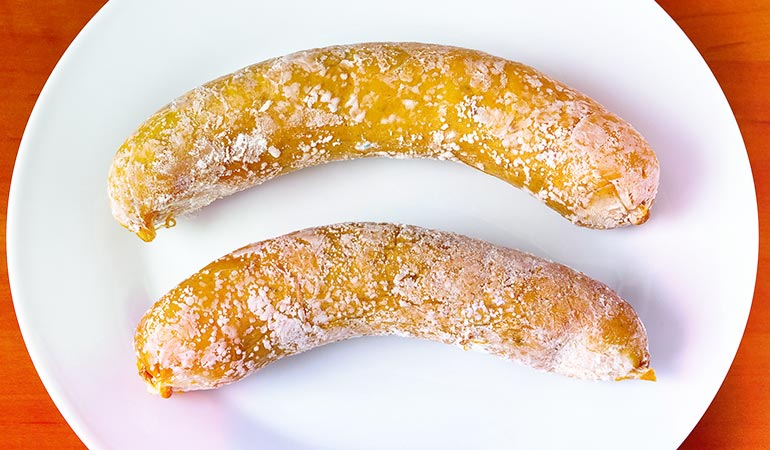 Countless people have reported food poisoning and other food borne illnesses as a result of hot dog and sausage consumption. According to the United States Department of Agriculture, “Although hot dogs are fully cooked, those at increased risk of food-borne illness should reheat hot dogs and luncheon meat until steaming hot before eating, due to the threat of listeriosis.” The USDA also recommends to refrigerate the hot dogs as soon as you bring them home from the market and to ensure that they’re not kept at room temperature for more than 2 hours.

7. The World Record For Most Hot Dogs Eaten 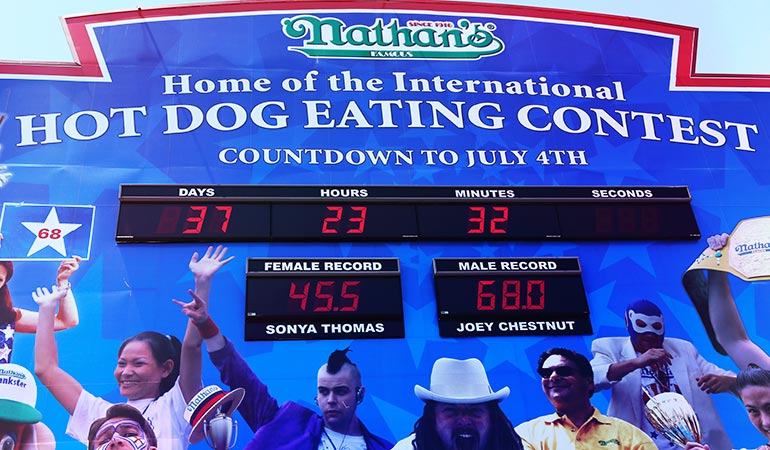 The world record for the most hot dogs consumed in ten minutes is held by Joey Chestnut. It’s almost impossible to believe but he managed to gulp down 72 hot dogs in record time. This incredible feat was recorded at the annual Nathan’s Famous July Fourth hot dog eating contest.