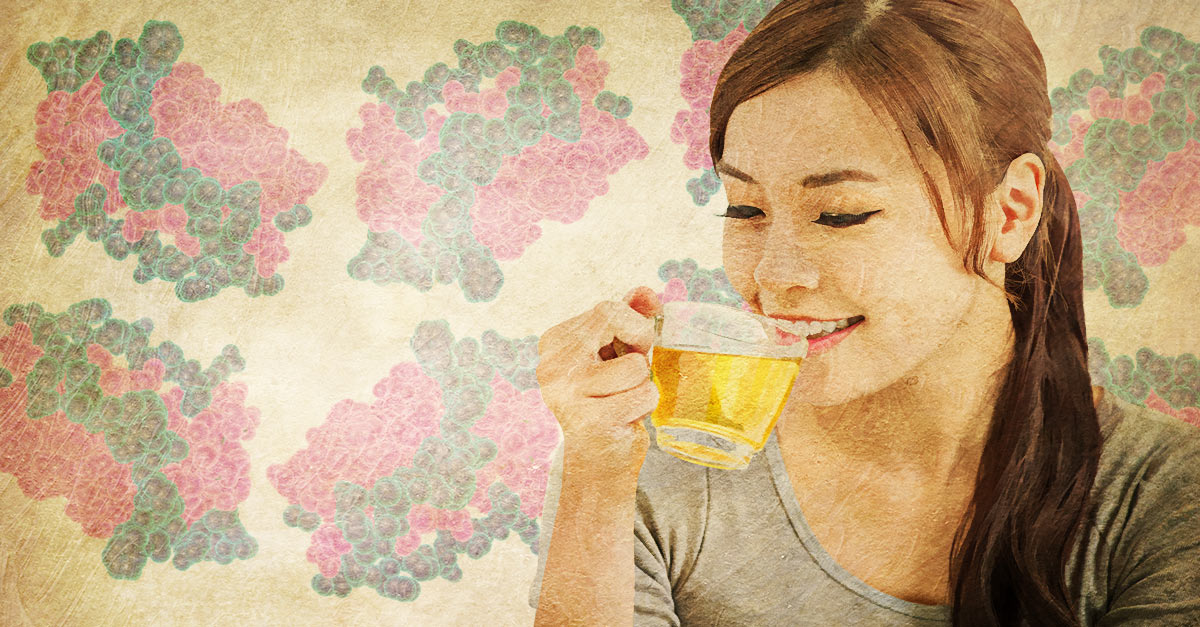 Anyone who thinks that sticking to a diet and losing weight is just a matter of willpower might be discounting the power of hormones! Hormones work as chemical signals and regulate your biological processes, including how your body processes food and manages its energy needs. Leptin or “satiety hormone” is one such hormone that regulates how your body responds to food and satiety and plays a role in your weight management efforts. Here’s a roundup of what this hormone does and how you can regulate its production in the body.

Besides leptin, the “satiety hormone,” the other hormone involved in appetite control is ghrelin or the “hunger” hormone.

Leptin is released from fat stores in your body and helps inhibit hunger and regulate long-term food intake and energy balance. Every person’s body has a leptin threshold and when this is crossed – that is, your leptin levels rise – your body gets a message that it has enough energy to keep you running and doesn’t need to consume any more calories. This signal of “energy sufficiency” in turn means positive cues when it comes to appetite control, metabolism, and weight management.

Advertisements
do higher levels of leptin automatically translate to lower hunger pangs and better weight control? Unfortunately, it’s not as simple as that. Because leptin is released from fat cells, an increase in body fat results in an increase in leptin levels. This is meant to send a signal that you don’t need to take in more food.

Congenital leptin deficiency is a rare condition in which the body doesn’t produce leptin. It is characterized by intense hunger and uncontrolled food intake. Severe obesity in childhood and a delay in puberty are also warning signs. This will need medical attention and usually involves treatment with leptin injections.

However, ironically, people who have too much fat or are obese are often not sensitive to the effects of leptin. This is because their bodies have become used to high leptin levels and have built up a resistance to it.1 So enlisting leptin to knock off those extra pounds involves not just increasing its levels in the body but, more importantly, addressing leptin resistance.2 Here are some simple ways of going about that:

So how much sugar can you afford to have? Limit your added sugars intake to less than 10% of the calories that you consume in a day. Added sugars are sugars that are incorporated when foods are prepared or processed and don’t include those that are naturally present in foods like milk or fruit. And added sugars can sneak in under a variety of names: corn sweetener, brown sugar, corn syrup, fructose, dextrose, glucose, honey, high-fructose corn syrup, lactose, maltose, malt syrup, molasses, sucrose, and raw sugar. So keep an eye out for these resistance builders and cut their intake drastically.4

2. Have Some Protein With Every Meal

Proteins could help you tackle leptin resistance. One study found that increasing the energy consumed via protein from 15% to 30%, while keeping the amount of carbohydrates constant, resulted in improved satiety. There was also a decrease in the total calories consumed and significant weight loss. The researchers found that satiety improved with a high-protein diet even when leptin levels remained unchanged or even decreased, leading them to conclude that this diet was improving leptin sensitivity.5

Advertisements
should get somewhere between 10% and 35% of your total daily calories from protein and aim for the higher end of that scale. But don’t get it all in at one shot. Your body doesn’t store protein and excess amounts are excreted, so it’s better to eat a little protein with every meal. Eggs, chicken, turkey, fish, tofu, lentils, and beans are good sources of protein.6

Leptin is carried through the bloodstream into your brain where it triggers the “I’m not hungry” response. But triglycerides, which are a kind of fat found in your blood, can impair the transport of leptin into your brain, resulting in leptin resistance. And studies have found that treatment with medicines that reduce triglyceride levels can reverse impaired leptin transport.7

Advertisements
how can you lower triglyceride levels naturally? Having a Mediterranean diet has been found to be helpful. This diet is rich in whole grains, legumes, nuts, vegetables, and fruits as well as fish and other kinds of seafood. It has small amounts of chicken and lean meat while red meats, eggs, and sweets are limited. And food is prepared using healthy olive oil.8 Additionally, you might want to incorporate foods that have been found to have a triglyceride-lowering effect. These include barley, kale, spices like ginger and garlic, and oily fish rich in omega-3 fatty acids such as salmon, sardines, and mackerel. It’s worth noting that these foods are also known to be good for your heart.9 10 11 12 13

Both green and white tea are famous for their anti-obesity effects. And they just might be able to help tackle leptin resistance! One study found that when obesity was induced in animal subjects with a high-fat diet, it changed the expression of certain genes involved in controlling appetite. However, polyphenols from green tea were able to restore the expression of genes and overcome leptin resistance.14 So sipping on a cup or two of rejuvenating green tea every day 2 hours before or after a meal

5. Spice Your Food With Turmeric

Turmeric contains the potent antioxidant curcumin which has a range of health benefits. Animal studies have found that it could significantly reduce the level of leptin resistance as well as insulin resistance caused by having a high-fat diet.15 You can add this vibrant spice to curries and soups or even experiment with a turmeric-flavored scrambled eggs. For an easy fix, steep turmeric powder or freshly grated turmeric in hot water and make a soothing cup of turmeric tea. Have this a couple of times a day.

It may sound counterintuitive but getting more sleep could be key to losing weight. One study found that people who regularly got only 5 hours of sleep a night showed a 15.5% decrease in leptin and 14.9% increase in ghrelin (the counterpart to leptin which triggers the urge to eat) when compared to those who slept for 8 hours. It was also found that, on average, a 3.6% increase in BMI was associated with a reduction in sleep time from 8 to 5 hours.16 While the amount of sleep required can vary from person to person, on average, an adult needs anything between 7 to 9 hours of sleep a night. Make sure that you get enough sleep so that you not only wake up rested and refreshed but also keep your leptin levels steady.17

Alcohol is often used as an appetizer, but here’s another reason to say a firm no. One study found that consuming even moderate levels of alcohol inhibited the secretion of leptin. Alcohol is also high in calories, another reason why you might want to pass up on that drink if you’re trying to lose weight.18

Animal studies show that exercising can improve sensitivity to leptin as well as insulin, imbalance of which also leads to weight gain.19 You should ideally get in about 150 minutes of moderate aerobic exercise such as brisk walking or cycling each week as well as do muscle-strengthening exercises such as push-ups or lift weights a couple of days a week.20

But like all good things, exercise works best when practiced in moderation. Studies show that intense exercise that burns up 800 kcals or more can lower leptin concentrations.21