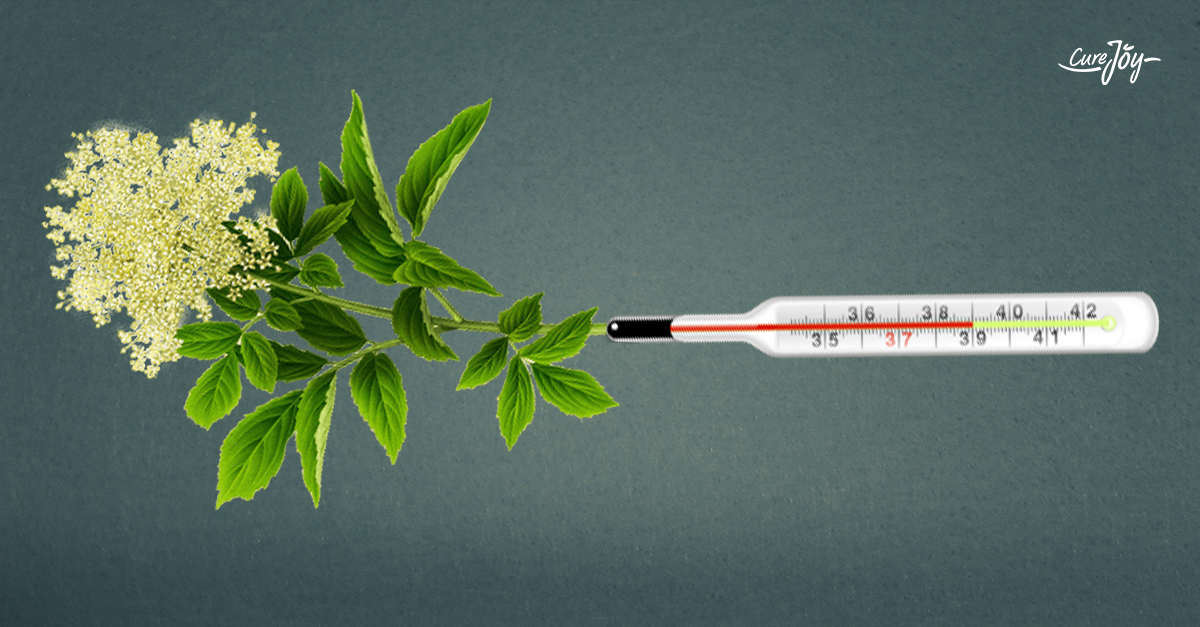 The energy drop, the chills, and that desperate-to-hit-the-sack feeling – we’re all familiar with a fever and the symptoms that accompany it. But the onset of fever often comes with a dose of anxiety and many of us succumb to “fever phobia” – especially when a child is involved. But here’s why fever isn’t the villain it’s cracked up to be.

Fever Is Your Immune System Putting Up A Fight!

People’s body temperatures vary but the universal “normal” is taken to be 98.6°F (37°C). Body temperature that is higher than this is considered a fever. The important thing to remember is that fever is not an ailment; rather, it’s a signal that your immune system is kicking into high gear in order to fend off an illness or fight infection. Viral or bacterial attacks are usually the most common reasons for fevers. Autoimmune diseases, allergic reactions, trauma, some cancers, excessive sun exposure, intense exercise, certain medications, and hormonal imbalances, among others, can also be triggers.1 2

Advertisements
also sees fever (jwara roga) as both disease and symptom. As the body’s early response to harmful invading microbes, it is viewed positively, since it is thought to promote the loosening – and elimination – of ama (toxins that are the cause of disease) from the body.3

Treat The Underlying Cause But Let A Low-Grade Fever Ride

While it is important to tackle the root cause of your fever – be it an infection, injury, illness, or overexertion – don’t reach for the medicine cabinet just yet to sort it out. Given that in most cases, fever is actually helping your body battle illness, it should be allowed to run its course, especially if it is a mild-moderate fever below 102°F.

Why should you let the fever be? Many viruses and bacteria thrive at normal temperature (98°F) and the rise in body temperature helps to fight them off. The higher temperature also speeds up chemical reactions that repair cells and works as a cue for the immune system to make more antibodies, white blood cells, and other infection-fighting elements.4 So the fever technically helps you fight off the infection. Most fevers are also self-limiting and will break on their own.

Ayurveda also recommends that a fever should be allowed to break on its own, unless:

Reduce A High Or Prolonged Fever With These Natural Techniques

There are times when it may be necessary to tackle your fever – for instance, If you’ve had a fever higher than 102°F for over two days or if you are uncomfortable, getting dehydrated, vomiting, or unable to sleep well. Under these circumstances, your goal is to lower the fever rather than eliminate it. While over-the-counter medications such as acetaminophen, paracetamol and ibuprofen can help, there are several safe natural options to explore when you need to break a fever.6

Ayurvedic experts often recommend fasting to break a fever. Go for a complete fast if you have a strong constitution; however, if that’s too extreme for you or you are already weak, water, fresh fruit juices, and herbal teas with holy basil or lemongrass will help tackle the fever and revitalize your body. Avoid milk as it exacerbates fever and can trigger diarrhea.

Vomiting is also supposed to help break a fever that accompanies the flu or a bad cold. It does this by purging the body of excess kapha. Dissolve ¼ teaspoon of common salt in a glass of water and drink. This will induce vomiting and break the fever, besides relieving congestion and headache, leaving you feeling lighter and more at ease. Tip: To stimulate gagging, rub the back of your tongue with a finger.7 8

yourself well-hydrated by getting plenty of non-alcoholic fluids. Besides warm water, soup is a great comforter. Coconut water is another mild and tasty option that’ll help replenish you with electrolytes. In fact, it’s been known to work as well as sports drink for hydration.16 In fact, it’s known to be as effective Children especially need extra fluids, but avoid giving them fruit juices and sports drinks.

Dress in light fabrics that “breathe”. Also, keep a lightweight blanket to help you sleep. Don’t bundle up in excessively warm clothing or thick blankets. This will insulate your body and not allow heat to escape through your skin.You may be tempted to bury yourself under heavy blankets – don’t, even if you feel chilly. This will warm you up and cause you to sweat, thereby breaking the fever. However, experts say that it’s a risky measure as excessive warmth shoots up your body temperature and can lead to dehydration. A safe alternative: cool a washcloth and place on your forehead.

Maintain room temperature at a comfortable level, neither too warm nor too cool. A fan will help circulate the air if the room feels too stuffy.

A lukewarm shower or sponge bath can also help cool down the body, but do this after taking your medication (if required in some fever-related conditions), or your temperature will immediately rise up again. Avoid cold baths as well as “remedies” like ice-packs and alcohol rubs. They do cool the skin but could turn counterproductive by setting off the shivers, which in turn will cause your body to raise its core temperature.

Relax! Keep off all physically or mentally taxing activity until your symptoms subside.1718 19

Don’t Panic If Your Child Has A Fever

A temperature between 100°F–104°F is not a cause for worry even in children. Manage your child’s fever in the same way as you would your own, with plenty of rest, extra fluids, lukewarm baths, and lightweight clothing. Don’t force them to eat food.

The exception to this thumb rule is infants under 3 months. If their fever is 100.4°F or more, see a doctor immediately as temperatures at this level could signal dangerous infections. In children aged 3–12 months, a fever may signify an underlying infection and you should seek a medical advice in a day’s time. Watch your child closely. If they appear very sick (drowsy, lethargic, in pain, or having difficulty breathing), take them to a doctor, no matter what the thermometer indicates.

Most parents worry about a fever getting out of hand and causing a seizure or brain damage in children. A febrile seizure, brought on by high fever (over 104°F), is a scary experience, but it is very rare, occurring only in about 3 percent of kids between 6 months and 5 years. It typically lasts no more than a few minutes and causes no permanent damage to the brain. Brain damage from fevers are highly unlikely and happens only when the temperature cross 107°F. 20 21 22

When To Call For Medical Help

Most fevers will break as your body’s immune system fights back the underlying illness. We leave you with some cautionary guidelines on how to watch your fever and when to seek medical help: