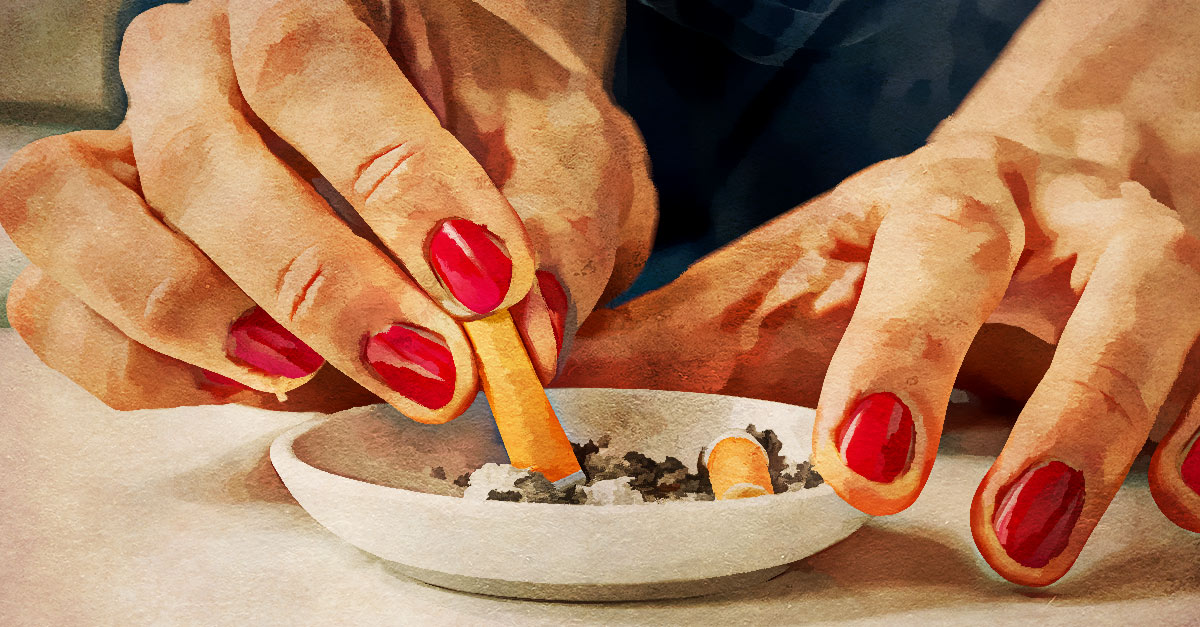 Have you ever walked into a room and wondered why it smells like someone has lit a cigarette even when there’s not a smoker in sight?

Congratulations, you’ve just stepped into the world of thirdhand smoke.

Researchers took decades to prove that cigarette smoking causes cancer, heart disease, and even death. It took many more years for them to prove that secondhand smoke (smoke from burning tobacco products like cigarettes, cigars, or pipes, or smoke that has been breathed out by the smoker) is also just as fatal.1 And now, scientists are distraught over yet another cigarette smoking-related phenomenon – thirdhand smoke, the residual nicotine and other chemicals that are left on indoor surfaces by tobacco smoke. Health experts are of the opinion that this residue reacts with indoor pollutants, thereby creating a toxic mix of cancer-causing compounds.

Here are 4 ways in which thirdhand smoke poses itself as a potential health hazard to the nonsmokers around — especially children.

Tobacco smoke contains more than 7,000 chemicals, heavy metals like lead and arsenic, and gases. Hundreds of these are toxic to human health while about 70 are carcinogenic.2

The sticky, toxic particulate matter like nicotine clings to walls and ceilings while the gases end up being absorbed into curtains, carpets, and other upholsteries. These toxic brews can re-emit back into the air around us and combine with the already existing environmental pollutants. Studies have found that residual nicotine can react with common indoor air pollutants like nitrous acid and ozone to respectively form carcinogenic tobacco-specific nitrosamines and chemical ultrafine particulate matter that can pass through the human tissue.3

Every day, humans, especially children and hospitality workers expose themselves to thirdhand smoke through inhalation, ingestion or skin contact. Crawling babies, toddlers, and children are closer to surfaces such as floors, carpets, and rugs. Many of them have the habit of putting their fingers into their mouth after touching these contaminated surfaces. Not only that, children also end up ingesting twice the amount of dust that grown-ups do because of their rapid respiration process and proximity to dusty surfaces.

Advertisements
hotel workers who spend their days sweeping, vacuuming, changing linens, and dusting the rooms of smokers end up being exposed to higher doses of thirdhand smoke than the guests who stay for just a few nights in smoking rooms.

What makes this worse is that the high level of toxicity caused by thirdhand smoke remains in the air around us long after the person has stopped. Once this smoke residue builds up, even measures such as opening the windows to air out rooms and routine cleanings are not enough to get rid of it.

2. It May Damage Your DNA

Advertisements
was also discovered that chemical compounds in DNA samples exposed to chronic thirdhand smoke existed in much higher concentrations and causing more DNA damage than those DNA samples that were exposed to acute thirdhand smoke.5 This suggests that smoke residue from cigarettes and other tobacco products actually becomes more dangerous to our health over time.

3. It May Increase One’s Risk Of Cancer

Studies have discovered that the nitrosamines that are formed as a result of the nicotine from secondhand smoke reacting with the nitrous acid in the air, can bind themselves to human DNA. This can cause significant genetic damage and increase the cells’ risks of becoming cancerous.6

It has already been established that the carcinogens that arise from tobacco smoke have the tendency to cling to our surroundings for a long time after the cigarette has been stubbed. This constant exposure to these carcinogens is what ultimately increases one’s risks of cancer.

4.
Advertisements
It May Be Toxic To Your Brain, Liver, And Immunity

A team of researchers exposed some mice to carcinogenic thirdhand tobacco smoke residue for six months to discover alarming results. Within just a month of exposure to the smoke residue, the researchers found that the mice suffered:

These effects only became worse through the duration of the study. The last three factors are major contributors to developing type 2 diabetes as well.7