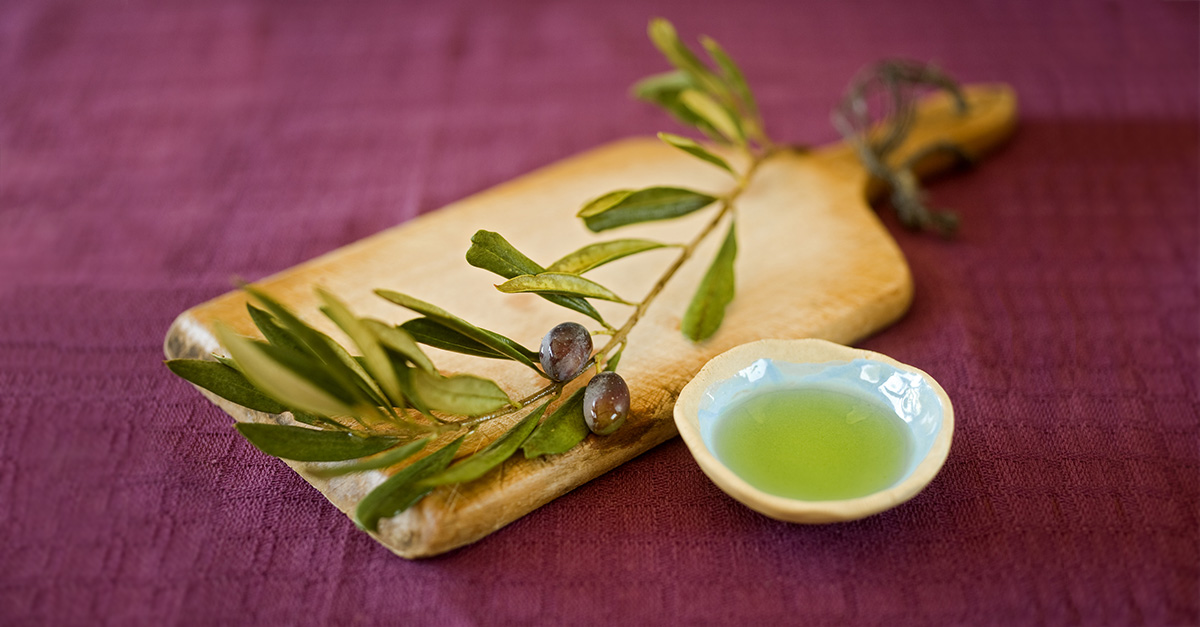 Not for nothing was the olive wreath bestowed on winners of the Olympic games in ancient Greece. The leaves have been used traditionally in the areas where olive trees grew abundantly to treat varied ailments like fever, asthma, high blood pressure, diabetes, eye infections, diarrhea, hemorrhoids, and gout.1 And with the renewed interest in alternative medicine worldwide, olive leaves are now making a comeback. Modern research finds that the health benefits of the leaves are chiefly due to two compounds called oleuropein and its metabolite hydroxytyrosol, among other bioactive compounds called secoiridoids and flavonoids.

While the olive fruit and the extra-virgin oil pressed from the fruit also have the same polyphenols, which are a group of plant chemicals with antioxidative capacity, the leaves have more variety and quantity. The polyphenols in the leaves may also have different structure, which may result in different health benefits.2

Advertisements
the leaves are too bitter thanks to the presence of oleuropein, olive leaf extract (OLE) is sold in capsule form as supplement. The supplement typically contains some of these polyphenols, including oleuropein and hydroxytyrosol, in a standardized amount.3 Before you start taking them, here’s a look at the benefits of olive leaf extract and precautions you may need to take.

Olive leaves can prevent a hike in blood pressure as well as lower chronically high blood pressure without any side effects. A study on patients with high blood pressure showed that taking olive leave extract reduced the blood pressure, as well as glucose levels, significantly in 3 months. Another study found it to be as effective as captopril, a standard antihypertensive drug. Olive leaf extract was also found to lower the level of triglycerides. How does it work? The polyphenols in OLE relax the blood vessels by increasing the production of nitric oxide and fight oxidative damage to the arteries.4 5 6 7

Atherosclerosis, or the hardening and blockage of arteries due to deposition of oxidized LDL cholesterol, is a major risk factor for heart diseases. While olive leaf polyphenols like oleuropein and hydroxytyrosol do not change the lipid levels in the body significantly, they prevent the oxidation of LDLs and act against the inflammatory response mounted by the body. So olive leaf extract helps avert atherosclerosis even when taken in small doses.8 9

Olive leaf extract can be an effective weapon in your fight against diabetes. Even a handful of olives will help. OLE reduces blood sugar levels in various ways. A study on type 2 diabetes patients found that OLE significantly reduced the HbA1c values – these indicate how stable your blood glucose levels have been over the last 3 months). Researchers suggest that this could happen in two possible ways: a) OLE polyphenols improve insulin sensitivity and glucose uptake by the cells, thereby reducing blood glucose levels, or b) they inhibit the digestion and absorption of carbs.10

Advertisements
could benefit from the anti-inflammatory benefits of olive leaf extracts even if you aren’t yet diabetic. In a small study on middle-aged overweight individuals at risk of developing metabolic syndrome, OLE could increase the insulin sensitivity by 15% more than the placebo could. The beta cells in the pancreas that are responsible for secreting insulin also showed a 28% increase in response.11

Olive trees live for hundreds of years, and this might be due to the antimicrobial properties of olive polyphenols. The leaf extract was seen to kill several types of bacteria that cause intestinal infections, including Escherichia coli,  and Candida albicans, a fungus.21 22 Olive leaves have shown antiviral effects in a number of studies on infected cells, including on HIV-1. In an in vitro study, it inhibited acute infection and cell to cell transmission of the infection. This needs to be further studied to understand if OLE could be used in the treatment for the hitherto incurable HIV infection.23

Olive leaf extract might also be the answer to your niggling common cold problem. In one animal study, a compound isolated from olive leaves could suppress a parainfluenza-3 viral infection when administered within minutes or 8 hours of infection.24 While human studies are lacking, if you trust the testimonials by users, it might be worth a try since it has no side effect.

Since olive leaves are so rich in bioactive antioxidants, it stands to reason that they have the capacity to prevent and treat cancer, which essentially starts with inflammation. Studies with OLE have shown that its antioxidants prevent DNA damage and thereby the formation of malignant cells, thus playing a chemopreventive role. On the other hand, the antioxidants can even induce programmed cell death (apoptosis) in tumor cells without affecting normal cells, thus showing potential in therapy. Oleuropein, in particular, prevents the growth, replication, and spread (metastasis) of cancer cells as well as the growth of new blood vessels that feed the cancer cells.25 26 27 28

However, while studies on isolated cells and animals have shown that olive leaf polyphenols can fight breast, prostate, colon, skin, and some forms of blood cancer, no clinical trial on humans exists till date. So it’s difficult to claim that olive leaf extract can prevent and treat cancers. That said, it can be taken alongside chemotherapy under the guidance of a doctor to reduce the side effects of chemo.29 30

Traditionally, different forms of olives have been used as skin cleansers and as a balm for wounds, and this isn’t without any basis. Studies show that olive leaves are effective in healing wounds, especially inflammatory ones. When animals with wounds were treated with a water extract of olive leaves, the excision wounds contracted by 87% and the tensile strength (a marker of wound healing) of incision wounds increased to 34.8% compared to other groups. Olive leaf extract was even more potent than a standard wound-healing ointment.31 32

Olive leaves can also prevent DNA damage in the skin caused by UV radiation and prevent the growth of tumors by reducing the levels of certain enzymes. This is why you may find a number of skincare products containing olive leaf extracts.33 34 These skin benefits are due to the presence of oleuropein and hydroxytyrosol, which also fight free radicals and protect the skin from premature aging.35

How To Use Olive Leaves

1. Olive Leaf Extract As A Powder And Tincture

While you can crush fresh leaves and make a powder, buying powders that are made using OLEs might be more effective for treating any health issues. The powder can be used in multiple ways:

If you don’t want to consume olive leaf extract capsules or powder, make a cup of tea by boiling a handful of fresh dried leaves. Make sure the leaves are pesticide-free and be warned that the taste is very bitter.

A typical dose is 500–1000 mg of the extract a day. It has no side effects but it’s best to consult your doctor on condition-specific dosage.

Modern medicines use olive leaf spray to relieve respiratory issues like blocked nose, breathing difficulties, and sinus issues. The spray is used depending on the severity of the condition, so consult your doctor for the dosage.

A Word Of Caution

While olive leaf extract has no known side effects, avoid using olive leaves in high quantities if your blood pressure is naturally low, as it may cause dizziness due to further lowering of blood pressure. Also exercise caution if you are on blood thinners or on medication for high blood pressure and diabetes. Extremely high or strong doses of olive leaf extract can cause stomach upset or diarrhea. Start off with small doses and see how it works for you. If you’re pregnant or lactating, make sure you consult your doctor before trying olive leaves in any form or quantity.