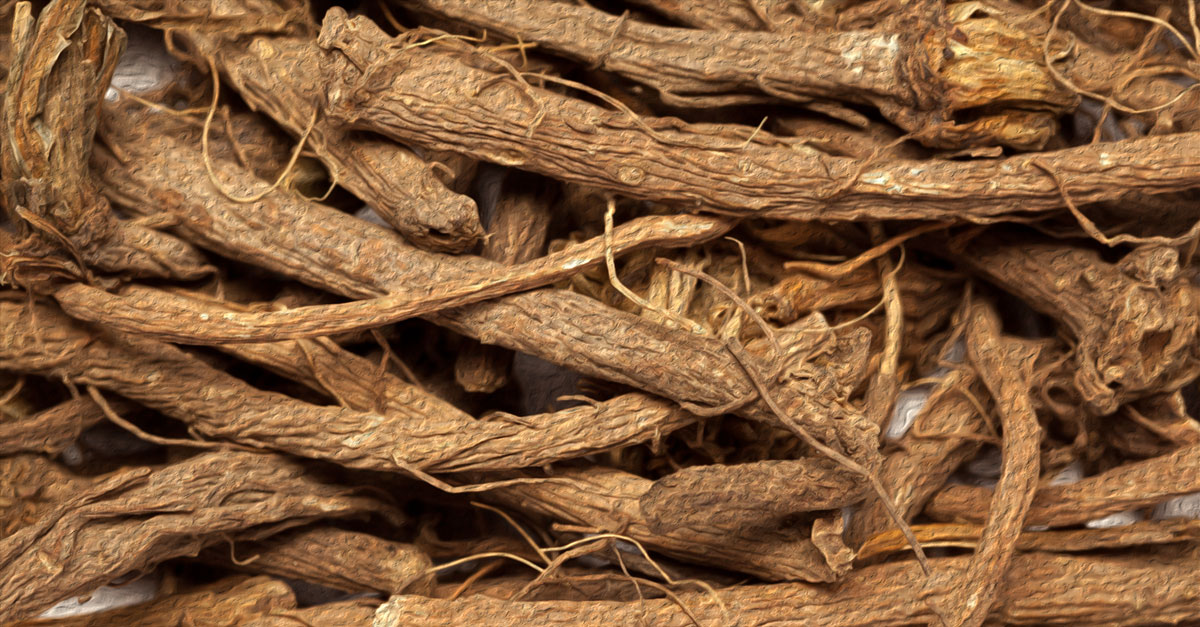 Manjistha, Indian maddar, or Rubia cordifolia has a stellar reputation in traditional medicine, featuring in a range of herbal formulations as well as cosmetic preparations. The stems, roots, and shoots of this perennial, prickly climber with a red bark find a place in many remedies, though the root is used most extensively. Compounds such as anthraquinones, bicyclic hexapeptides, quinones, and iridoids in manjistha are responsible for many of its beneficial properties. Here’s what you should know about the health benefits of manjistha.

Manjistha forms a part of many ayurvedic formulations that are beneficial for your skin. It is part of manjisthadi tailam and kumkumadi tailam, which are applied to get a glowing complexion, and also in kanak tailam, which fights premature aging and wrinkles.1

In ayurveda, manjistha is described as having “varṇya” property, that is, it can improve your complexion and make it lustrous. Traditionally, powdered dry roots and stem of this plant are mixed with honey and applied to erase dark spots and give you an even-toned complexion. Studies show that manjistha might indeed have a skin lightening effect. A pigment known as melanin is responsible for your skin color – the more melanin you have, the darker your skin is. Excessive deposits of melanin also lead to tan, freckles, brown spots, and hyperpigmentation disorders like melasma. If an uneven skin tone or blemishes are an issue you are grappling with, manjistha may be able to help by reducing melanin levels. It does so by inhibiting an enzyme known as tyrosinase which plays an important part in the production of this pigment.2 3

acne and Staphylococcus epidermidis which play a role in the development of pimples. Moreover, its antioxidant and anti-inflammatory properties also help fight acne.4

Manjistha poultices and pastes are used by ayurveda for a variety of skin problems and injuries and can tackle irritation, swelling, pain, and inflammation.5

Manjistha has been traditionally been used to heal cuts and wounds. An animal study that examined the scientific validity of this folk remedy found that applying a gel containing manjistha extract was able to significantly improve wound contracting ability, tissue regeneration, and wound closure. It could also bring about a reduction in the surface area of the wound. Researchers suggest that anthraquinones and tannins present in this medicinal plant may be responsible for its wound-healing action.6 Animal studies have also shown that oral administration of manjistha extract can ease pain and even ease fever associated with inflammation.7