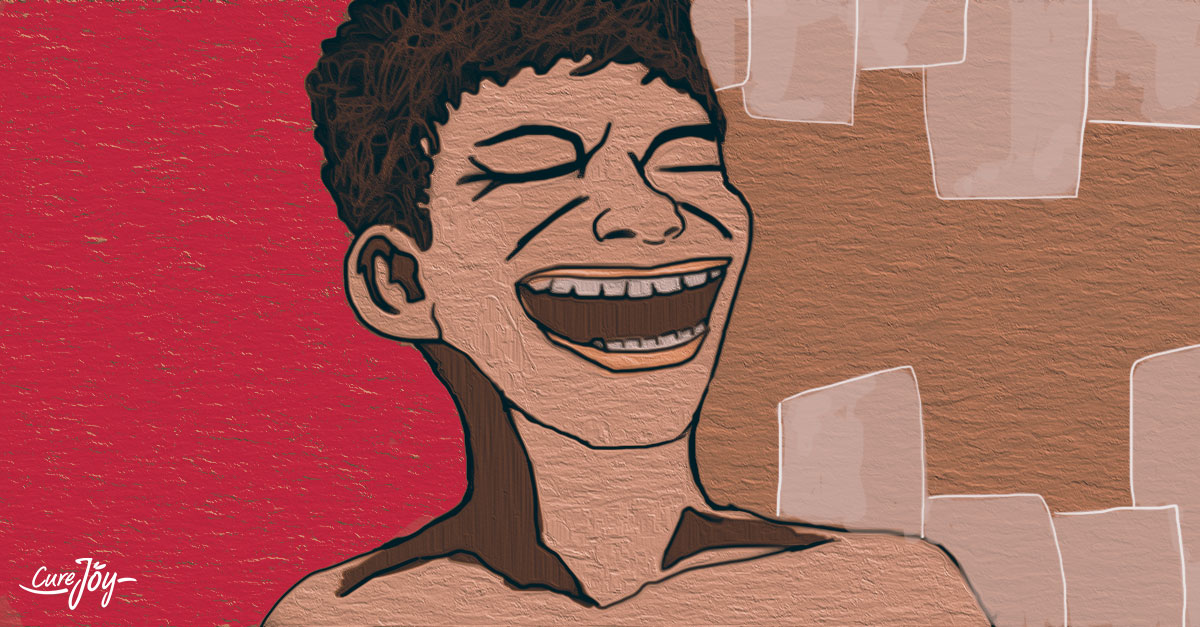 They say all good things in life are illegal, immoral, or fattening. Well, we may have an exception to this rule – laughter! Ever wondered why all your problems seem lighter after a good laugh? Or why you felt a spike in energy after watching a favorite comedy show on TV? A happy, upbeat mindset affects our moods, decisions, our relationships, and even our physical health in a significant way. So impressive are the therapeutic effects of laughter that there is a group of scientists involved in gelotology, the study of the effects of laughter on the mind and body!1

Here are some of the benefits you should cash in on today.

Ever had a nagging headache just vanish after a good chuckle with a friend? Laughter, especially social laughter, kickstarts the release of endorphins, the “feel good” hormones that act as neurotransmitters and have analgesic properties. Endorphins also help you relax and improve your overall sense of well-being. As one study that tested pressure-induced discomfort found, when people listened to “funny” tapes, their discomfort and pain thresholds improved considerably. 2

Advertisements
is also the case of Norman Cousins, an American journalist, for whom laughter turned out to be the best medicine after all. Cousins, who was diagnosed with a degenerative condition called ankylosing spondylitis, overcame prolonged episodes of debilitating pain by consistently watching humorous films. He claimed that 10 minutes of intense laughter gave him the kind of pain relief he did not get even from morphine. Not surprising, really, if you consider the opioid properties of endorphins. Cousins went on to live much longer than the doctors had predicted. 3

Stress Buster: Laugh The Stress Away

Advertisements
who’s just let go and had a good laugh knows that laughter has a cathartic effect. Well, the “high” that you get when you laugh may not be all in the mind, though. When under stress, the adrenal glands release stress hormones such as cortisol as part of the body’s fight-or-flight mechanism. Elevated levels of cortisol over prolonged periods can weaken the immune system and increase the risk for depression and heart disease.4 But a regular dose of laughter can keep the cortisol levels under check – reducing levels by as much as 69 percent, as one study found.5 In fact, the study also suggested that even the anticipation of laughter can bring down cortisol levels significantly. And this, in turn, has a beneficial impact on memory and cognitive functions – the brain can then think faster, make more connections, and comprehend more effectively.

how does this happen? Cortisol and other stress hormones act on the walls of your blood vessels and make them contract.9 Laughter not only reduces cortisol levels but also gives the cardiac muscles a workout. Though this initially raises the blood pressure, it also dilates the blood vessels, resulting in a sustained drop in blood pressure.10 For best results, though, you need to go beyond that self-conscious chuckle and indulge in a good belly laugh that lasts a minute or more.

A good laugh is called “hearty” for a reason! Endothelium, the inner lining of blood vessels that regulates blood flow and blood thickening, expands as a result of laughter. Moreover, the deep breathing that accompanies laughter improves the circulation of oxygenated blood in the body. Researchers at the University of Maryland studied the effect of humor on two groups of subjects. While one group watched stressful segments from a war movie, the other group was shown funny parts from a comedy. There was a remarkable improvement in blood circulation in the latter group due to the dilation resulting from laughter.11 Laughter also decreases artery inflammation and increases the good cholesterol HDL.12 This salubrious effect of laughter on the endothelium could even reduce the risk of cardiovascular diseases and stroke.13