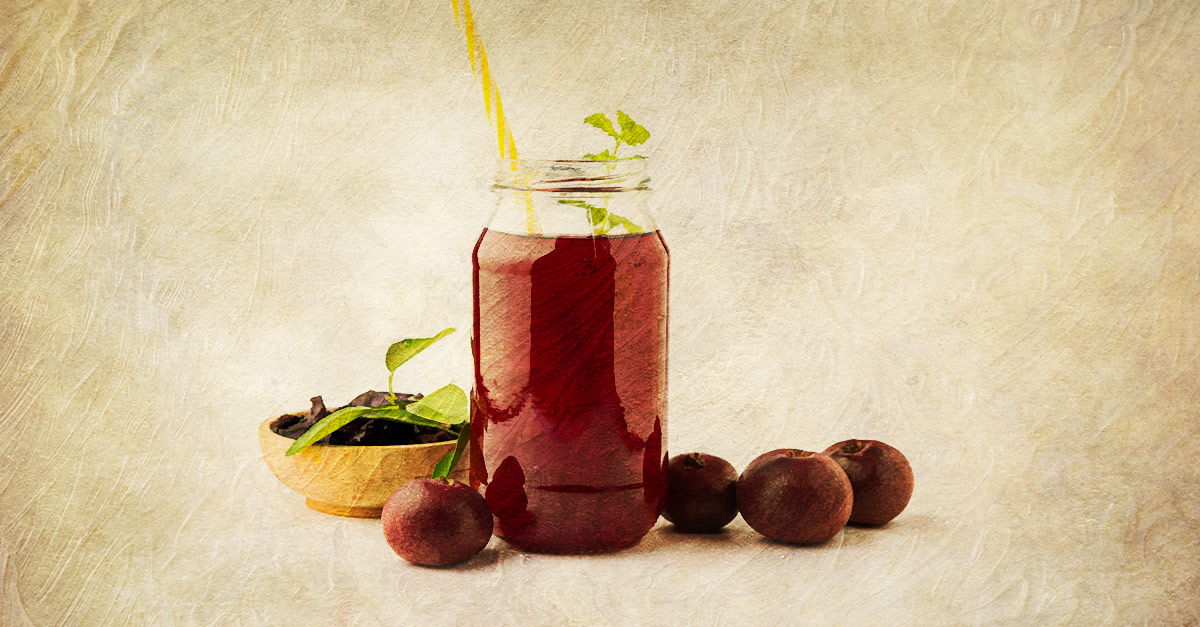 Kokum can be eaten raw or juiced. Sun-dried kokum is also used as a flavoring agent in Asian cuisines. Water, in which kokum is soaked, runs pink and works as a natural food coloring agent. And kokum sherbet, a refreshing drink made with the extracts, is definitely worth a try!

Kokum’s appearance, especially when dried, isn’t much to write home about. But this tart fruit is slowly emerging as a superfruit. Not surprising, considering it has a special place in many traditional systems of medicine. Kokum or Garcinia indica is native to India and used extensively in traditional coastal cuisines and medicinal practices. And this humble fruit has a lot of health benefits to offer. Here’s a closer look!

Kokum has been traditionally used in ayurveda to treat diarrhea and dysentery. And scientific studies have found that the extract of the fruit rind does, in fact, act against pathogens like Escherichia coli and Staphylococcus aureus which can cause food poisoning and diarrhea. So the antimicrobial effects of this sour spice may be at least partly responsible for its effectiveness against diarrhea.1 2 3

Stomach ulcers can cause burning abdominal pain as well as heartburn and indigestion. Infection by a bacteria known as Helicobacter pylori is the most common cause of this condition. And factors such as the regular use of nonsteroidal anti-inflammatory drugs and excessive alcohol consumption can up your risk of developing ulcers.45 But kokum can have a protective effect against stomach ulcers. In fact, an animal study observed this protective effect in rats exposed to alcohol, hydrochloric acid, and a common nonsteroidal anti-inflammatory drug. Garcinol, a potent antioxidant compound present in kokum, acts against the bacteria Helicobacter

Advertisements
pylori, and may therefore, account for the its anti-ulcer effects. 6 7

Struggling to shed those extra pounds? Kokum may be able to help. Research indicates that hydroxycitric acid, a compound present in this spice, helps with weight management and works as an anti-obesity agent. Hydroxycitric acid is thought to work by inducing satiety and thereby reducing the amount of food you eat. It also speeds up the oxidation of fat and reduces the synthesis of fatty acids in the body.8 The rind of the kokum fruit is supposed to be richest in hydroxycitric acid.

causes liver injury by creating oxidative stress. Kokum may exert a protective effect by inhibiting the oxidative degradation of lipids in the liver. Research has also found that kokum protects the liver from the damage due to certain toxic chemicals.17

Diabetes is a major health concern today with an estimated 30.3 million Americans grappling with this disease. Over time, high blood sugar levels can result in complications such as nerve damage, heart disease, kidney disease, and eye problems.18In ayurveda, a decoction of the kokum fruit is used for treating diabetes. As an animal study found, kokum extracts can significantly reduce both postprandial and fasting blood glucose in type 2 diabetes. But that’s not all. Oxidative stress plays a role in the development of diabetic complications and the neutralization of free radicals can inhibit the development of these complications significantly.19 And kokum can be beneficial in this respect as the study also found that it restored an antioxidant known as glutathione which was depleted in rats with type 2 diabetes. So kokum’s antioxidant capacity can also help prevent complications due to diabetes.20