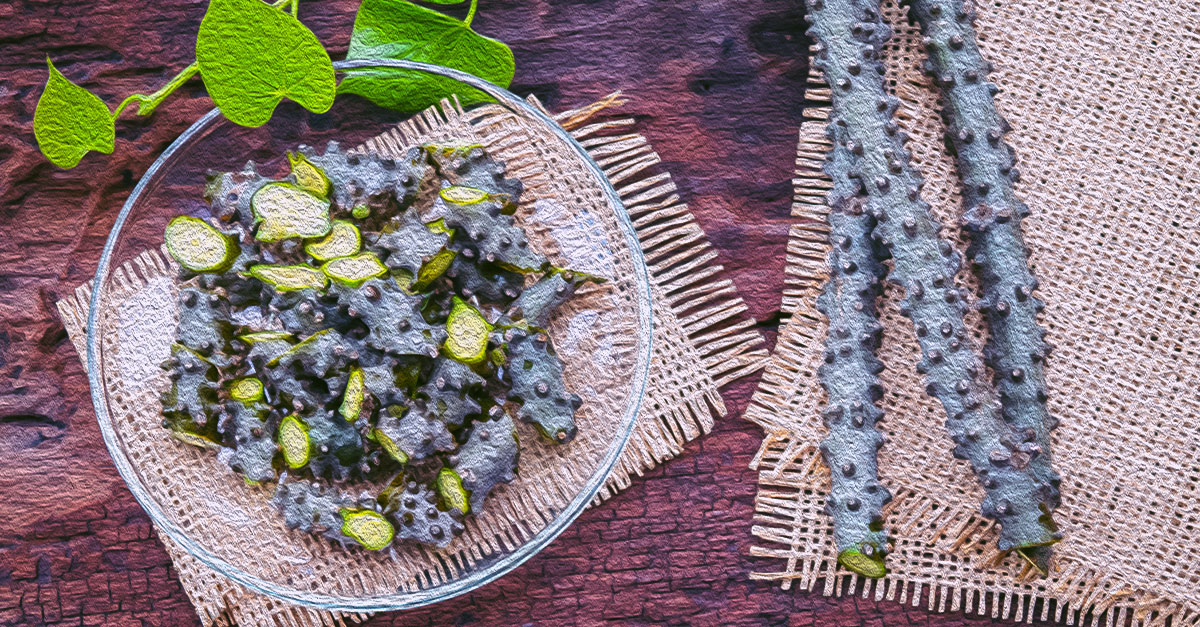 Guduchi’s delicate heart-shaped leaves, reminiscent of decorative plants, don’t reveal the full extent of its medicinal potential. But those in the know understand how powerful a remedy it can be. Giloy, guduchi, or Tinospora cordifolia may hold the key to a host of diseases and health problems we face today. No wonder this potent remedy has won the name “amrit” or nectar of life in ayurvedic medicine. Here are the powerful benefits of guduchi you should make the most of.

1. Purges Toxins Or “Ama” From The Body

According to ayurveda, guduchi has the ability to flush the excess “ama” or, simply put, toxins from the body. It helps boost digestion and remove waste products from the body. It also amps up your metabolism so your body is able to carry out these processes more effectively.2

is considered a “medhya rasayana” with the power to improve cognitive functions and memory thanks to its ability to cross the blood-brain barrier.12 13

Guduchi is a potent adaptogen. In one study, guduchi extract was tested by researchers for its effectiveness in easing stress. They found that the extract at a dosage of 100 mg/kg resulted in significant antistress activity. What’s more, this effect was comparable to what you’d normally get by taking diazepam at a dosage of 2.5 mg/kg. This drug is used for its calming effects for those with anxiety problems.14

Ayurveda classifies guduchi as “vrushya” with aphrodisiac benefits. If you are struggling with sexual health problems like impotence, you may want to consider the rejuvenating effects of this herb to help fight the problem. In addition, it can even help those who have the problem of plenty. If you find yourself facing excessive, involuntary ejaculation or spermatorrhea, guduchi could help with that too.15