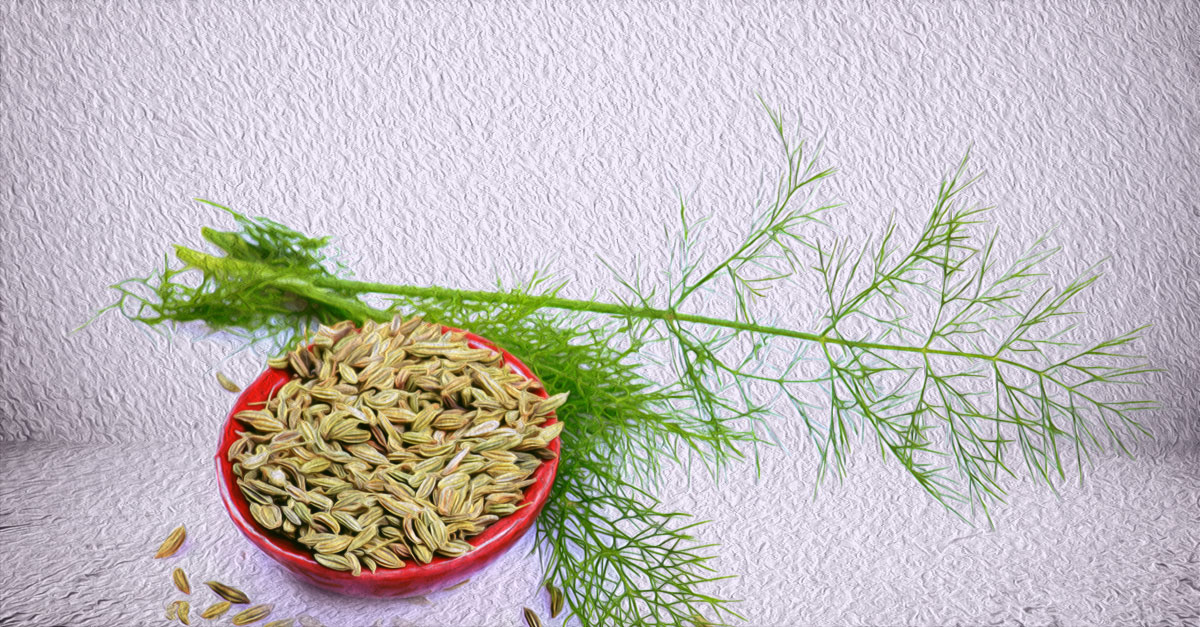 If fennel is a much-loved staple on your dinner table, we aren’t surprised. The stems, bulbs, tender leaves, flowers, and seeds of this plant have an exquisite flavor and can spice up any recipe. But every time you add fennel to your food, you also stand to gain from its many health benefits. Not surprising considering fennel or Foeniculum vulgare has been widely used in traditional medicine for centuries. Here’s a detailed look at the many ways in which fennel can do wonders for your health.

Fennel is considered a safe and effective remedy to soothe colic in babies. A couple of spoons of a weak or diluted tea made with fennel can be given up to 3 times a day. This can ease not only colic pain but also wind and bloating. It even boosts digestion and improves appetite in children.1

Fennel can help you fight a range of gastrointestinal problems such as indigestion, colic, stomach ulcers, and irritable bowel syndrome. Anethole, a compound present in fennel, has been found to inhibit smooth muscle spasms in the intestinal tract. This makes fennel work as a carminative that eases stomach cramps and tackles gas.

Advertisements
study looked at the combined effect of curcumin (an anti-inflammatory compound present in turmeric) and fennel essential oil on people with irritable bowel syndrome and found that it improved their quality of life and eased symptoms over a period of 30 days. In fact, 25.9% of those studied became symptom-free. So if you’re suffering from a bout of indigestion, brew yourself a cup of fennel tea to soothe your upset tummy. Incidentally, fennel seeds are often taken after food in India as a mouth freshener and to promote digestion.2 3 4