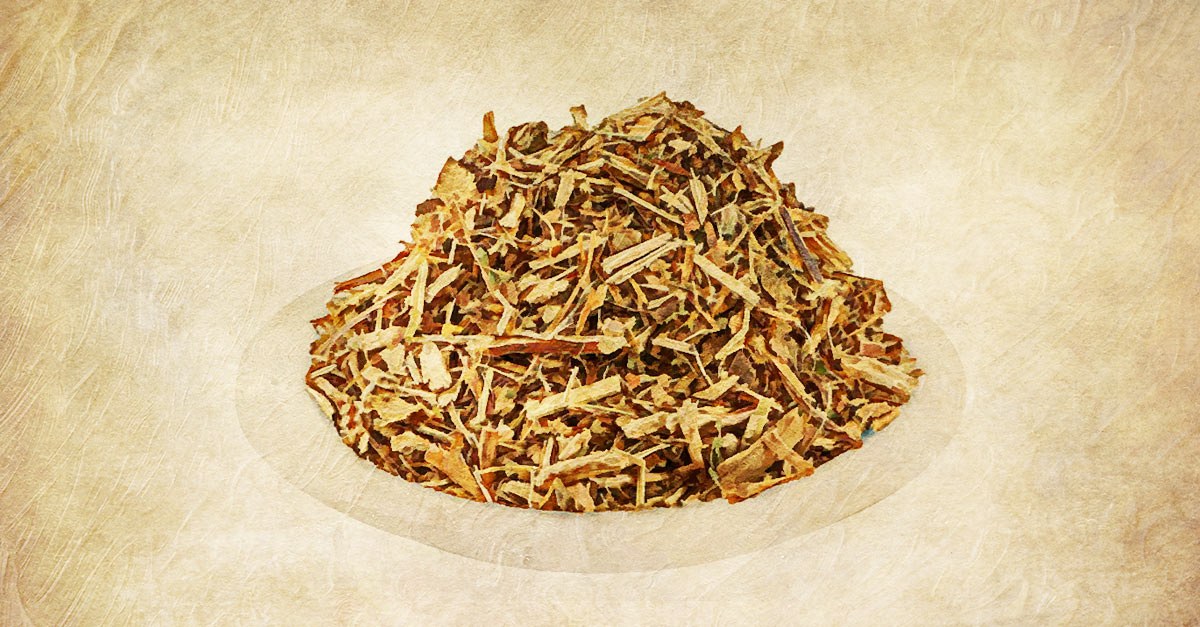 Inflammatory conditions, lingering fever, or pain can bring the most resilient among us to our knees. But worry not. The ayurvedic formulation dashamoola may be the remedy that could bring you that much-needed respite from your symptoms. Prescribed by ayurvedic practitioners for generations, dashamoola is easy to use and readily available today, so give in to the power of this healing herbal remedy!

Depending on your ailment, dashamoola may be used as an oil or taila, a herbal ghee or ghrita, a semi-solid syrup form called avaleha, combined with milk in kshirapaka, or naturally fermented in arishta. Its most extensively used form is as a decoction known as kwath, which has been popular since ancient times.1

This herbal formulation combines the health benefits of not one or two, but ten different medicinal plants. Equal amounts of the roots of the following herbs are used to make this ayurvedic remedy:2

This potent combination is said to have antioxidant, pain-killing, detoxifying, and anti-inflammatory properties that can be used to ease symptoms and tackle causes of a range of health problems.3 Here’s how it could be beneficial to you.

Dashamoola is a tonic for the lungs, helping soothe a dry cough and congestion and making it easier for you to breathe.4 A herbal ghee known as ghrita using dashamoola is often used in many ayurvedic remedies for respiratory problems. Allergic rhinitis, caused by inflammation of the mucosa of your airways when exposed to allergens, can be treated with this remedy.5 The ten root formulation is also given to those with asthma to alleviate symptoms and can be a remedy for whooping cough.6 7

you have a lingering fever, dashamoola could help bring it down. It may also help you feel better due to its ability to ease fatigue associated with the persistent illness.10 Some remedies also combine it with tulsi or holy basil.

If you are suffering from the pain and debilitating effect of migraines or recurrent headaches, the ayurvedic formulation could help ease symptoms. In one study, dashamoola was used on patients aged 16 to 60 years who had complaints of recurrent headaches, with or without other associated problems like vomiting, nausea, and gastrointestinal symptoms. Nearly 53% of those who were given brihat dashamoola taila nasya (administration of nasal oil) saw a marked improvement in their symptoms. It eased light sensitivity or photophobia, heaviness of the eyes, pain around the eyes, sensitivity to sound or phonophobia, acidity in the stomach, and even constipation.11

one animal study found, test animals given the remedy (on its own or along with aspirin) experienced much less pain. Inflammation eased as well, with swelling or edema reducing significantly in animals given dashamoola compared to those in the control group. In fact, researchers concluded that the effect of using dashamoola was comparable to that of aspirin, a mainstream modern anti-inflammatory drug with analgesic properties.14

If you experience painful periods due to menstrual cramps, dashamoola could help. This condition which affects many women is known as primary dysmenorrhea. In one study, women aged between 15 years and 25 years and suffering from the problem were given a remedy based on dashamoola and saw improvement in their condition.

In the study, a decoction of dashamoola powder was made and left in overnight. This was then combined with sesame oil to make a herbal oil enema and administered rectally. The treatment not only eased pain but also provided relief from other symptoms like constipation, feeling of incomplete bladder emptying, fatigue, and even short and scanty periods. Compared to a group that was given just sesame oil enemas, the symptoms returned later, leading researchers to conclude that dashamoola could have longer-lasting effects, possibly due to its analgesic/pain killing and anti-inflammatory effects.15

Advertisements
may also help with premenstrual syndrome involving lower abdominal and lower back pain, anxiety, mood swings, and insomnia. Make a dashamoola tea by steeping half a teaspoon of the powder in hot water for 10 minutes. Drink this herbal tea twice a day, sweetened with honey if you like.16

Ayurveda uses dashamoola as a pain relief remedy and recommends it for treating cervical spondylosis, a degenerative condition caused by aging, poor posture, injury, or even rheumatoid disease. For this, the dashamoola is used in svedana or sweat-inducing treatments.

Advertisements
this treatment, heat may be applied directly using medicated boluses containing dashamoola. Or a dashamoola decoction may be placed in a steam room, allowing it to circulate in the air. This is both relaxing as well detoxifying. Dashamoola’s anti-inflammatory and antioxidant properties make it a beneficial treatment for the condition.17 18

In one study, patients with cervical spondylosis were given manya vasti, a treatment where warm oil incorporating dashamoola was placed in a well of dough on the back. As a precursor to the treatment, a massage was given using dashamoola oil to the upper back and neck area. Internally, dashamoola decoction or herbal tea was taken twice a day before mealtimes along with other ayurvedic remedies like ashwagandha. The entire treatment eased pain and improved range of movement as well.19

Always consult an ayurvedic practitioner to get the appropriate dosage and form of dashamoola you should take. The administration of the remedy also depends on your body type as defined by the doshas (vata/pitta/kapha) and on the specific nature of your symptoms. For instance, PMS may present different symptoms if it is a vata type problem compared to if it is a pitta type problem. The right diagnosis before treatment will ensure you get the best results from this ayurvedic marvel.