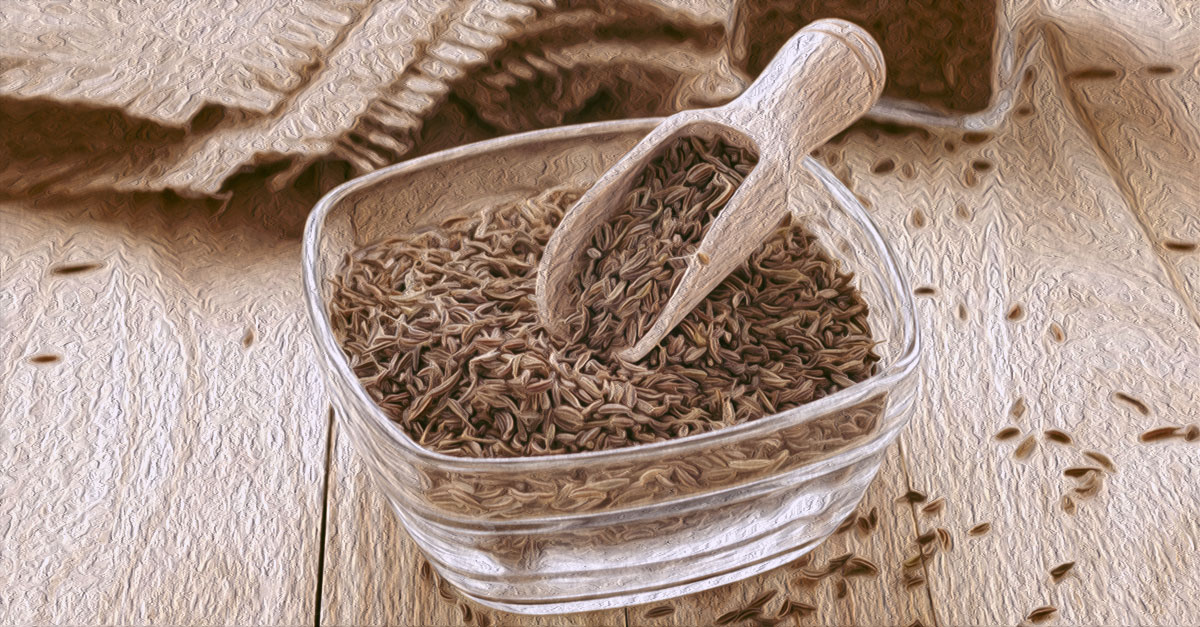 The tiny, fragrant cumin may already figure in your cooking experiments, whether it’s Indian curries, Mexican black bean soups or chili, or Arabic meat barbecues. But beyond its flavor power, cumin is a superfood that features prominently in traditional alternative remedies for a range of illnesses. Here’s a look at what that sizzle of cumin can do to keep you in good health.

1. Is A Good Source Of Iron

Iron is a crucial mineral that you need for your body’s growth and development. It helps make hemoglobin, the protein in your red blood cells which helps in the transport of oxygen to the cells and carbon dioxide to the lungs. A deficiency of this mineral can lead to anemia. But cumin can help you meet your daily quota for iron. Just 1 teaspoon of this spice gives you 1.39 mg of iron, which is 17.3% of the daily recommended amount for an adult man and 7.7% of the amount recommended for women.1 2 And that’s not all. Cumin also contains other important nutrients like vitamin A, B vitamins, vitamin C, vitamin E, vitamin K, potassium, copper, and calcium, though in smaller amounts.

Ayurveda and other natural therapies put a lot of value on cumin’s digestive abilities. The ancient ayurvedic text Charaka Samhita lists it as a super remedy that helps with digestion and eases stomach pain. Cumin helps improve digestion by increasing bile acid. It also has a carminative effect, cutting out bloating and flatulence. In fact, the Indian name for cumin (jeeragam) is derived from a word that means digestion.3

Chew on some cumin seeds if a meal has settled like lead in your tummy. You can also boil a teaspoon of cumin seeds in a cup of water, let it sit overnight, and drink it in the morning to enhance digestion.4

with diabetes also face a greater risk of infections and complications because the disease can cause immune dysfunction. But cumin may be useful here too as it may improve immunity. This beneficial effect could be due to the antioxidant properties of cumin, helping counter oxidative stress that contributes to immune deficiency in diabetics.14

Research indicates that cumin has anti-inflammatory effects. Persistent inflammation has been associated with a range of health issues such as cancer, diabetes, arthritis, Alzheimer’s disease, and heart disease. So make sure you spice up your dinner with a little cumin to counter inflammation. It’s particularly important to have foods which can fight inflammation since so many foods that we regularly consume such as red meat, fried foods, refined carbs, and unhealthy fats promote inflammation.15 16

Struggling to lose those extra pounds? A dash of cumin may give you a leg up. One study looked at the effect of consuming cumin powder in overweight women who were on a reduced calorie diet. One group was given 3 g of cumin powder with yogurt at 2 meals every day for 3 months while the control group had yogurt without cumin. It was found that cumin powder was effective at reducing BMI, weight, fat mass, and waist circumference significantly.17

High cholesterol can increase your risk of heart disease and stroke and, unfortunately, approximately 1 out of 3 Americans suffers from this condition.18 But research indicates that consuming cumin can lower LDL cholesterol or bad cholesterol and triglyceride while increasing HDL cholesterol or good cholesterol. It is thought that the glycoside saponins in cumin are responsible for this beneficial effect as they prevent the absorption of cholesterol and increase its excretion in stool.19

12. May Protect Against Cancer

Animal studies have found that cumin may have a protective effect against certain kinds of cancer such as colon cancer and liver cancer. This beneficial effect is thought to be due to cumin’s potent antioxidant properties as well as its ability to enhance the liver’s detoxification enzymes.20 So adding this flavorsome spice to your dishes may also help keep the dreaded C away.

Spice Up With Cumin!

Wondering how to upgrade your cooking skills to include this amazing spice? Toss cumin seeds on a hot pan till they release a warm aroma and grind them after they cool down. This powder can now be used to flavor soups, stews, and curries. It can even go into salads and bakes. Don’t be afraid to experiment!

You can also try making a cool glass of jal jeera, a traditional drink from north India that literally translates to “cumin water.” To prepare jal jeera, pound 2 tablespoons of roasted cumin seeds, 1 tablespoon of dry mango powder, and fresh mint and coriander leaves into a smooth paste. Add a couple of tablespoons of lemon juice and you’ve got yourself a jal jeera concentrate that can be mixed in with water to make a refreshing drink that helps with digestion.