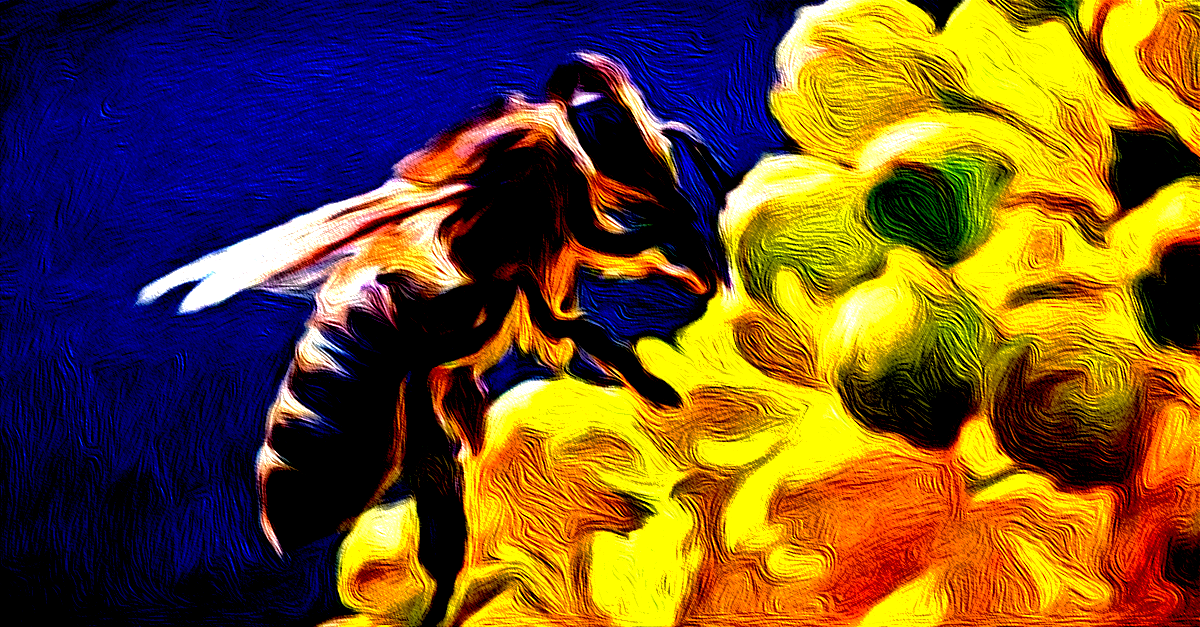 You might already love honey with its amazing health-enhancing properties. But did you know that bees also give us another natural product that’s great for your health? Bee pollen is the pollen of flowers gathered by bees. It is collected by installing a pollen trap at the entrance of the beehive. Bee pollen is rich in protein and also contains vitamins A, E, D and B, carbohydrates, minerals (phosphorus, calcium, magnesium, potassium, sodium, zinc, iron, manganese, copper, and selenium), and fat.

Bee pollen has been valued for its healing properties for ages. The ancient Egyptians called it “a life-giving dust” and Hippocrates and Pliny the Elder prescribed it to their patients.1 2 So, let’s take a look at what this gift from the bees can do for us.

Inflammation can cause swelling and even pain but bee pollen can help deal with this. One study found that an ethanol extract of bee pollen given orally strongly inhibited swelling (edema) in the paws of rats. The bee pollen extract inhibited the activity of an enzyme called COX – 2, which promotes inflammation and pain, and also the production of nitric oxide, which plays a role in the regulation of inflammatory responses. The researchers suggested that flavonoids in bee pollen may be responsible for this effect.3

Smoothies are the most popular on-the-go drinks that, when made with the right ingredients, provide you with numerous health benefits. This delicious drink is just a regular strawberry and banana drink but with the energy-boosting benefits of bee pollen.

1. Put all the ingredients in a blender.

2. Blend until you get a smooth mixture.

3. Pour the smoothie into a glass and serve it cold.

Busy mornings call for a quick breakfast. What’s better than a nutrient-packed granola bar that you can munch on as you head to work? These granola bars are good for curbing sugar cravings and keep you full.

3. Spread the dough evenly on the pan and cover it with wax paper.

4. Place the pan in the freezer for about 24 hours. Ensure that the dough is firm when you remove it from the freezer.

5. Now, cut the dough into small bars and store it in a closed container in the freezer.

2. To melt the chocolate, make a double boiler by placing a stainless steel mixing bowl over a saucepan of simmering water.

3. While melting the chocolate in the mixing bowl, add the chopped nuts, dried fruit, and seeds to it. Stir it well.

5. Sprinkle it with bee pollen and allow it to set in a dark place for a few hours. In addition to bee pollen, you can sprinkle raisins or dried blueberries.

Can’t resist brownies but have fitness goals to hit? These no-bake brownies contain natural sweeteners like dates and bee pollen, healthy fats, and vitamins and minerals, making them ideal for a nutritional boost.

1. Grind the baker’s chocolate to a fine powder.

2. Chop the almonds and set aside.

3. In a food processor, combine walnuts, chocolate powder, salt, pollen, and dates. Pulse to get a crumbly consistency.

4. Transfer this mixture to a bowl and add the chopped almonds to it.

6. Now, press this mixture into a parchment lined baking sheet.

7. Spread the baker’s chocolate across the top of the brownies and gently press it.

9. Remove the set brownies and transfer it to a cutting board. Dust it with chocolate powder and ground bee pollen.

10. Cut it into small pieces and serve.

Store the brownies in an air-tight container in the fridge.

Add bee pollen salad dressing to your favorite salad for a mild sweet taste. You can also sprinkle it over your salad for an added crunch.

1. In a small bowl, combine all the ingredients.

2. Refrigerate it for about 1 hour for the bee pollen to dissolve.

3. Mix it well and drizzle over your salad.

A Word Of Caution

While bee pollen has various beneficial effects, it’s best to avoid it if you’re pregnant or breastfeeding. It can also cause severe allergic reactions if you’re allergic to pollen. And it might increase the effects of certain medications (for instance, certain blood thinners) too. In fact, it’s best to check with your doctor before taking bee pollen if you’re on any medication.10