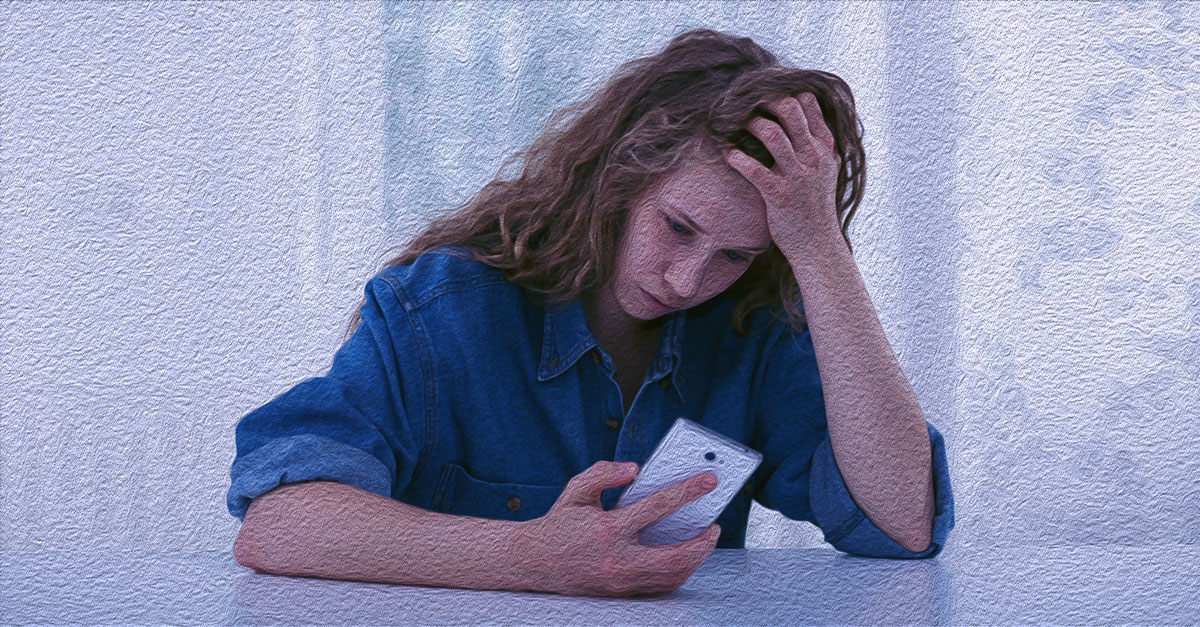 We live in a world full of people who are, more often than not, glued to their cell phones. In fact, most of us are so attached to these devices that we feel restless the moment we part from it, even if it’s just to use the washroom. And if you find yourself relating to this, there’s a good chance that you’re addicted to your smartphone. This dependency on smartphones comes with a range of harmful effects. But before dive into them, we’ve listed out a few symptoms of smartphone addiction that you should know of.

How Bad Is Your Cell Phone Addiction?

On an average, a smartphone user in the age group of 18–44 spends at least 2 hours a day communicating via text or social media on the phone. Almost 80% of these people check their phones every 15 minutes! Be it in the hopes of getting a text, drawn by the curiosity of who’s contacting them, or even just boredom, this behavior is alarming.1

Cell phone addiction induces particular behaviors in people.2 The dependence is so high and common that most people tend to display all or most of the following negative behaviors:

These behaviors can be seen in cell phone users of all age groups, including students at the secondary school level. A 2015 study discovered unhealthy cell phone dependence in 31.33% of the sample students in the age group of 14–18. It also highlighted that constant access to information from across the globe made it harder for curious minds to stay away from the gadget for too long. When such a separation was initiated, participants displayed obvious withdrawal symptoms like “craving” for their phone and losing interest in other activities.3

Advertisements
use of cell phones can hamper the overall well-being of a person in more ways than one. The very act of frequent texting can be exhaustive at an emotional level, leading to disorientation and fatigue. With the ease of communication, there is a constant pressure to be available at all times and this has a direct impact on everyday life. So we have a reckoner of all the effects of cell phone addiction.

A few studies have linked excessive smartphone use to alcohol addiction, smoking, and aggressive behavior. This could be attributed to mental-health complications such as low self-esteem and depression that come with smartphone dependency.4 5

Advertisements
to the need to be connected all the time, researchers have found that people are in a constant state of anxiety when it comes to cell phone use. In fact, the heart rate of test subjects increased significantly when their phones were taken away from them and they could hear the notifications from afar. And this phone-induced anxiety operates on a positive feedback loop, i.e, it can only be relieved by looking at the phone and using it. This could be caused due to the fear of missing out and the need to have access to information constantly. It’s no wonder then that experts are blaming excessive smartphone use for high levels of stress and anxiety, especially in school- and college-going individuals. The long-term effects of both stress and anxiety include chronic mental health problems and physical ailments.6

Inability to cope with stress and anxiety could lead to a sense of hopelessness that could trigger depression. Studies have found that screen time upwards of 2 hours can trigger suicidal tendencies in children regardless of the kind of content they’re consuming.7

Gone are the days when teens used to fall asleep with a book in their hands. Now, it is relatively common if your smartphone is the last thing you look at before bed and the first thing you look at the moment you wake up. Studies have indicated that long periods of exposure to short-wavelength light (such as the one from smartphones) causes adolescent sleep to become irregular, short, and delayed. And since most schools and workplaces require individuals to wake up early in the day, the circadian rhythm gets disrupted. It’s important to note that circadian rhythm determines not just sleep-wake cycles but also hormone release, eating habits and digestion, body temperature, and other important bodily functions. Hence, your smartphone use isn’t just disrupting your sleeping patterns but also your overall health.8