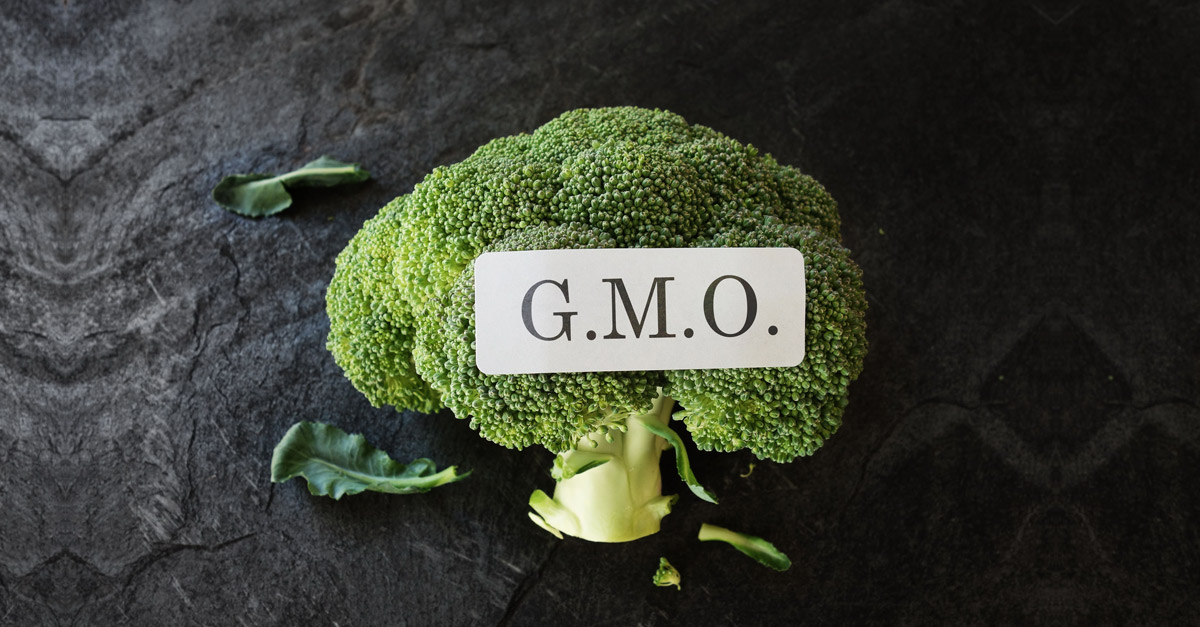 Is it possible one of the reasons so many women have hormone imbalances is due to Genetically Modified Foods, or GMO’s? There are many who think so. There is enough concern about GMO’s that many countries have banned them. Furthermore, in October of 2016 hearings were held at the Hague Tribunal. The hearings took place to hold Monsanto accountable for their crimes against humanity, human rights violations and ecocide.1

One potential health risk could be the disruption of hormonal balance. This may include issues such as infertility, early puberty, breast cysts, abnormal uterine bleeding and even cancer. The research into this is ongoing and it is important to acknowledge that there are many variables that can be contributing factors to hormone related health issues. When in doubt take it out. Eat organic whole foods instead.

Corporations that develop GMO’s will tell you that they are helping feed the world. We also know it is big business as corporations are looking to make a “better” product that they can make cheaper than the competition. They take their crops into their labs and genetically engineer them to withstand many of the common crop problems today or for other reasons. Injecting a seed with glyphosate, a known carcinogen, according to the World Health Organization, hardly seems like it is helping feed the world.2

Foods containing GMOs have been altered, which is reasonable to assume it could even alter one’s biochemistry. Recent studies show that whatever scientists are doing behind the scenes are affecting our bodies. One such way directly involves women and their hormones. So what are the most common GMO foods? Many of these are hidden in processed foods and makeup.

GMO labeling is not required in the United States or Canada, though severe restrictions and bans exist in many other countries. The majority of U.S. citizens want food to be labeled clearly if they contain GMOs. Needless to say corporate lobbyists have spent millions to keep this from happening. If they really feel GMO’s are not a health risk, as they proclaim, then why are they spending millions to keep this fact out of view?

Advertisements
Foods Markets are planning to label GMO foods by the year 2018 as it does in their Britain locations, as they are required to do by the European Union. It is hoped other stores will voluntarily make this decision as well.

Why Women Should Avoid GMOs

Several studies have reported a link between GMOs and hormone related issues. Women have many factors that can contribute to keeping their hormones off balance. Therefore it is important for women to do what they can. Some studies on GMOs have linked them to estrogen imbalances. This is of particular concern given that it seems the number of breast cancers have been increasing. Now to say GMOs alone is the cause would be wrong. It is more complicated than that.

Several studies have been done to look at the potential role GMOs have on hormone disruption. For example, a study done on rats eating GMO corn that was modified to withstand Roundup and sprayed with Roundup as an herbicide.
3

Another study done in Brazil showed that GMO soy was causing an onslaught of problems to the reproductive system of rats. Women start their menstrual cycle naturally at a certain age. Rats on the other hand, need to have male rats around them to get their bodies to react and begin to ovulate.

Advertisements
this study, there were no male rats in sight, yet the female rats that were fed GMO soy had blossomed into womanhood on their own. A closer look at these rats’ uterus showed the lining had thickened and the glands were dilated. What does this prove? The GMO soy was affecting the ovaries. In one headline from the Natural Society reads, “Brazil admits Monsanto’s Roundup is causing cancer, but yet approves 3 GMO crops”.

Another study done in Canada tested the blood of thirty pregnant women and their fetus’, and 30 non-pregnant women who have had contact with GMO and herbicide treated foods. Their blood contained those pesticides and the BT toxin in Monsanto’s foods. Monsanto is the leading company in using GMO’s. These toxins were proven to be dangerous to the fetus, but also adversely affects the women’s reproductive system.

Are You Willing To Take the Risk?

Given the potential risks associated with GMOs, one has to ask, why are we feeding this to the world, and our children? It is evident that women are experiencing and suffering from hormonal disruptions. Are GMOs one of the reasons why?

Advertisements
women suffer from heavier than normal and painful menstrual periods, endometriosis, infertility and miscarriages. Are you willing to take the risk?5

Given the proliferative use of GMOs in the food supply they are hard to avoid. However there are some things you can do. Eat organic foods as much as possible. If it does not say organic, leave it on the shelf.