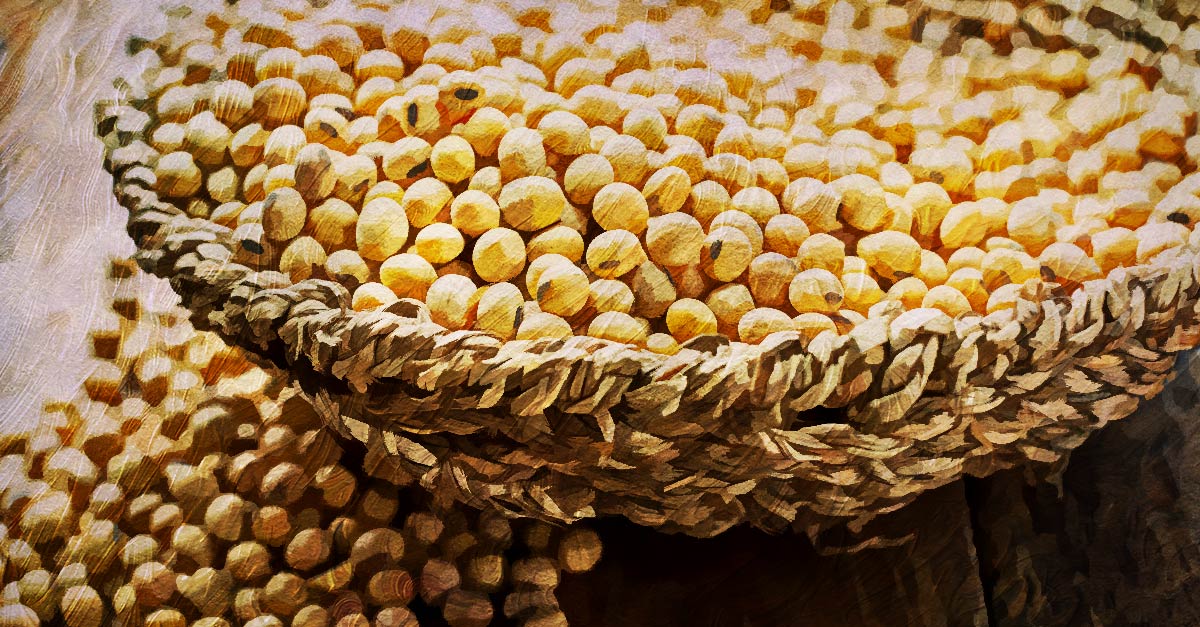 Shopping for groceries is confusing, considering the number of labels and ingredients we need to go over. This is especially true if you’re making an effort to stay fit and shop for health-friendly foods.

One ingredient that seems to creep into the most unexpected lists is soy. And, considering all the controversy around the safety of most genetically modified (GMO) produce, it can get confusing to decide whether to eat or avoid soy and soy-based products. While there isn’t enough research to convince you to shop at the organic aisle, recent studies indicate that GMO soy might just harm health.

Most of the time, genetic modification aims at eliminating allergens. However, according to studies, GMO soy worsens allergic reactions.1

Additionally, research states that portions of the gene inserted into GMO soy might get transferred into the DNA of human gut bacteria. This means that people might be exposed to the allergenic protein from soy even after they stop eating it.2

Advertisements
important to note that there hasn’t been any further research to support these claims. However, until there’s enough scientific evidence to state otherwise, if you do have a soy allergy or experience symptoms like skin redness, tingling in the mouth, and hives, be sure to avoid soy, especially the kind that isn’t organic.

Studies conducted on rats that were fed GMO soy indicate that the latter slows down metabolism and interferes with proper functioning of the liver.3 Further research states that glyphosate-based herbicides which are commonly used for GMO crops lead to risks of abnormal liver functioning, even in low doses.4 However, these studies are in their preliminary stages and need further scientific evidence.

One study conducted by Surov’s Institute of Ecology and Evolution of the Russian Academy of Sciences along with the National Association for Gene Security, observed hamsters who were fed genetically modified soy. It found that GMO soy increases the risk of infant mortality in hamster pups and slows down the growth rate in those that survive.5

Another study by Russian National Academy of Sciences, reported that more than half the babies from mother rats fed GM soy died within three weeks. Additionally, the consequent generations might lose the ability to reproduce and experience hair growing in the mouth. These studies are yet to be confirmed by further research, but they do make some startling observations.6

4. Increases The Risk Of Cancer

A recent study looked into the safety of genetically modified soybeans and concluded that it accumulates formaldehyde and decreases the levels of glutathione, in soybeans. The former is a known class 1 carcinogen and might lead to irritation of the skin, eyes, nose, and throat.

Glutathione, meanwhile, is a natural antioxidant which reverses the damaged caused by free radicals and peroxides. With disrupted levels of both properties, the study links GMO soybeans to cancer. Additionally, studies state that GMO soybeans produce lower levels of phytoestrogen compounds, which are believed to protect against cancer.

It’s important to note that there isn’t enough research to back the claims made by these studies as of yet. But, the study does shed light on the need for better safety assessments of genetically modified produce, especially since the current ones only look at taste, sight, smell, and touch.7

There is mandatory labeling of GMO products, including soy, in the UK. However, this mandate hasn’t been passed in the US. Currently, Connecticut and Maine have made it mandatory for producers to list out any genetically modified food products. However, if you live in other states, here are a few tips that can help you avoid GMO soy.

Often, organic food can get expensive, so you could head to a local farmer’s market to buy your produce and other products as well. Be sure to consult a professional before you completely cut out a food group from your diet.8

While you could completely avoid genetically modified products, be sure to eat a healthy and balanced diet to avoid any potential health disorders.