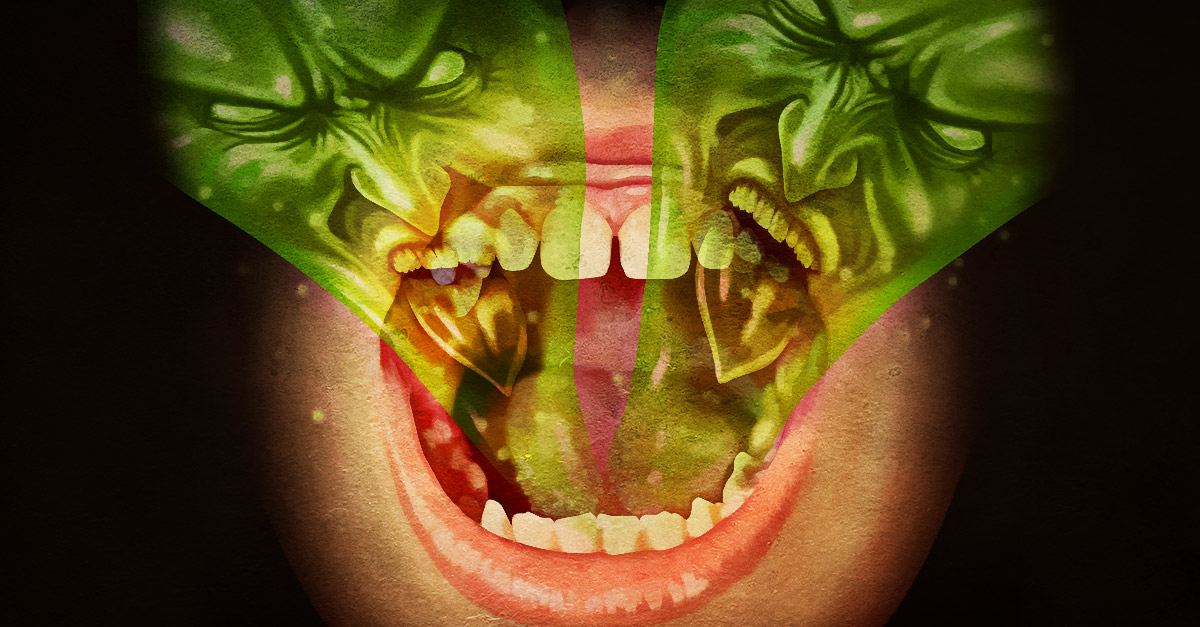 Burping is your body’s natural way of expelling unwanted gases from the digestive system. It might be produced by undigested food in the intestine or due to swallowing too much air along with food. Some people may burp more than others. In most cases, it’s not something to worry about. But if you’ve been burping more often than you ever have in the past, or if it’s causing you any discomfort, there might be certain factors at play. Here are a few causes of excessive burping along with quick remedies.

1. Swallowing Too Much Air While Eating

If you burp often, the cause can be something quite as simple as gulping too much air while you talk or eat. Even yawning excessively can cause burping. Simply put, all of these activities cause us to ingest some air that passes through our digestive system. Since air doesn’t belong there, the digestive system expels it through a burp. Chewing gum, hard candy, and using a straw to drink can also cause you to burp.1

Remedy: To begin with, if you tend to eat your food too quickly, try and chew slowly. This will prevent you from swallowing too much air along with your food. The same goes for drinking as well. In addition to this, it might help to avoid chewing gums, drinking straws, and hard candy as well.2

Did you know an ill-fitting pair of dentures that makes you swallow more air could also make you burp more frequently? The obvious solution is to get a pair that fits well.

A postnasal drip or drainage (a condition where excess mucus collects at the back of your throat) due to a cold or allergies can also cause you to swallow more air than you usually do. The air thus ingested can cause you to burp more often.3

Remedy: Treat the root cause of your postnasal drip. If it’s a bacterial infection, get antibiotics. If it is caused by sinusitis, use essential oils like tea tree or peppermint. You may also try to thin the mucus with steam inhalation.4

Some medications like antibiotics can cause an imbalance in the bacterial makeup of the gut and lead to bloating, which manifests as burps.5 In fact, any medicine that causes heartburn or acid reflux, such as painkillers or antidepressants, can make you belch more.

Remedy: If you notice that you burp more often when you are on medication, speak to your doctor and discuss what you can do about it. It might also help if you eliminate foods that cause excessive gas and belching during the course of the antibiotics.

Advertisements
you find yourself burping frequently, it could be because some foods you are consuming cause gas. Vegetables like beans, asparagus, broccoli, cabbage, Brussels sprouts, and cauliflower and whole grains contain a complex carbohydrate called raffinose that the body cannot digest effectively. Fruits like apples, peaches, raisins, apricots, prunes, and pears contain a fruit sugar called sorbitol, which is tough to digest. Aerated beverages and hard candies trap in more air and cause belching.6 Burping after eating a certain food group does not necessarily mean you are intolerant to these foods. Most people find these foods difficult to digest.

Remedy: Burping after eating a certain food group does not necessarily mean you are intolerant to these foods. Most people find these foods difficult to digest. But if it’s too bothersome, avoid citrus fruits, spicy foods, and aerated beverages.7 Soak your beans in fresh water before cooking them. In addition to this, sitting upright can make the gas from the stomach leave easily and can be a quick cure for burping.8 If you have the habit of lying down often, sit up straight for a while, especially after a meal. To improve your posture, you can try practicing vajrasana – a yoga pose that reduces the formation and passing of gas.9

Remedy: If you are gluten-intolerant, switch over to gluten-free food options like rice and millets, which have several health benefits. If you are lactose intolerant, check your tolerance levels by adjusting the number and amount of milk products you consume. Yogurt is usually a safe option. Else choose soy milk or nut milk. Fructose-intolerant people might need to go on a low-FODMAP diet that restricts certain food groups.

Burping may be a symptom of a Helicobacter pylori infection or giardiasis. An H. pylori infection often results in stomach ulcers, also called peptic ulcers. Excessive burping is a symptom, though not the only symptom. Usually, a gnawing pain due to the ulcer is what characterizes such an infection. Giardiasis is an infection of the small intestine, caused by a water-borne parasite called giardia

Advertisements
lamblia, and symptoms include gas, bloating, and burping.

Remedy: Both infections require treatment with antibiotics and should not be neglected.

If you’ve been experiencing excessive burping in addition to bloating and feeling hungry just 1–3 hours after a meal, peptic ulcers might be to blame. These develop when the digestive juices produced in the stomach, intestines, and digestive glands damage the lining of the stomach or duodenum (a segment of the small intestine). People who take nonsteroidal anti-inflammatory drugs (NSAIDs) regularly for chronic pain or fever might be at a higher risk of developing peptic ulcers. You need to be alert to the symptoms of peptic ulcer to avoid complications.

Inflammation of your stomach lining, gastritis, could lead to excessive burping. This condition might be the result of H. pylori infection, an autoimmune disorder, a backup of bile into the stomach, or long-term use of nonsteroidal anti-inflammatory drugs (NSAIDs). And gastritis, in turn, causes indigestion and heartburn, both of which are known to trigger excessive burping. If you’ve been experiencing nausea, dark stools, abdominal pain, hiccups, and vomiting blood or something that resembles coffee grounds, you should consult a professional to see if you’ve got gastritis.13

Remedy: Gastritis should ideally be managed through a restrictive diet that cuts out alcohol, tobacco, and acidic beverages. In severe cases, proton pump inhibitors and antacids may be taken.

Excessive burping might be caused due to gastroparesis, a condition in which food moves through the digestive system more slowly than normal. This is because of weakened stomach muscles which fail to contract enough to move food to the intestines, leading to improper emptying of the stomach. Some people experience “sulfur burps” due to this condition, which are regular burps accompanied by a hydrogen sulfide gas that smells like a rotten egg. Damage to the nerves that control the stomach muscles due to diabetes or a surgery for the stomach and esophagus could lead to gastroparesis.

Remedy: This condition can’t be cured, but medications like a gut motility stimulator (that speeds up stomach emptying), exercising regularly, and eating clean can aid in its management.14

Often people who have symptomatic gallstones experience belching along with gas, nausea, a decrease in appetite, and abdominal pain.15 Additionally, a few people with a hiatal hernia (in which the stomach bulges and pushes through the diaphragm) might experience excessive burping.

Remedy: Symptomatic gallstones are often treated with the help of surgery, so be sure to talk to a professional regarding that. A hiatal hernia, meanwhile, requires you to avoid heavy meals and take medications that regulate stomach acid and esophageal muscle strength.16

People who suffer from irritable bowel syndrome often experience belching along with abdominal pain, constipation or diarrhea, and bloating. Often these symptoms come and go.

Remedy: IBS can’t be cured, but its symptoms can be managed through dietary changes (clean eating), psychosocial therapies (to relieve stress and anxiety), probiotics, and other medications.17

There is some reason to believe that belching can be psychological in nature and be caused when a person is depressed or anxious. Frequent burping may also be one of the first signs of depression. Additionally, often people swallow too much air due to nervousness.18

Remedy: If you’re under stress, learn to manage it better. Speak to a counselor about the problem you are facing. If you are burping often due to anxiety and thus are avoiding the triggers (such as social gatherings), then behavioral therapy can help you deal with the trigger and thus stop burping.19

Burping is unpleasant but can be managed and treated by altering your dietary and lifestyle habits.