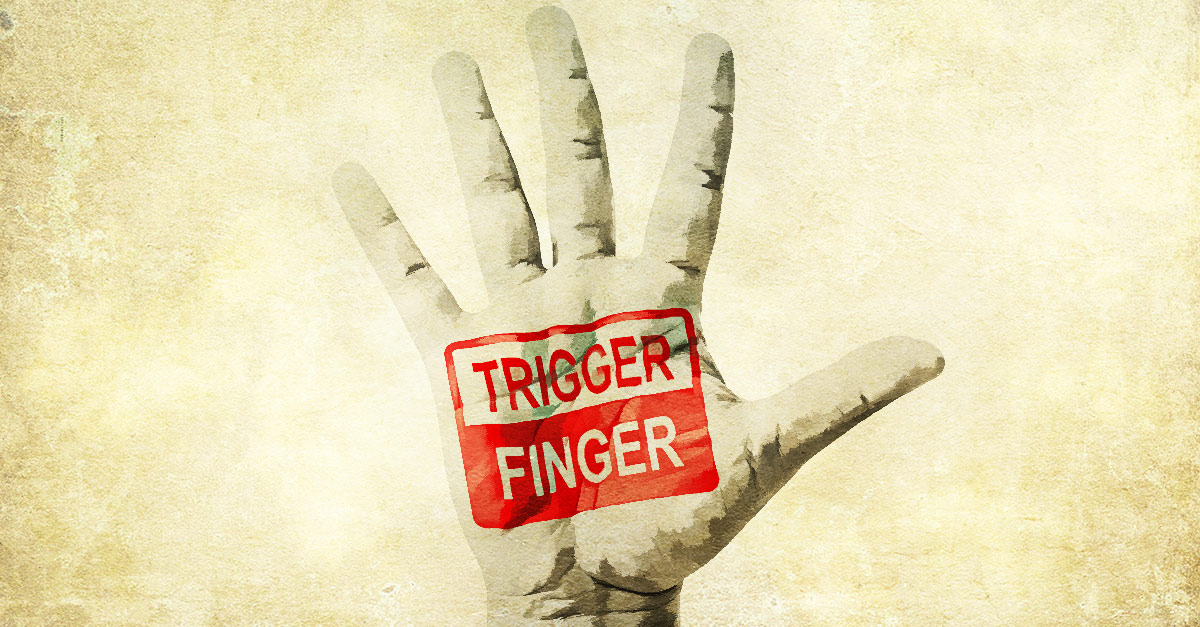 Ever wondered why your finger(s) sometimes get locked up leaving you unable to fold it? It’s because of a painful condition called trigger finger and it has nothing to do with guns. But, don’t panic as yet as this condition can be cured. Here’s everything you need to know about it.

What Is Trigger Finger? 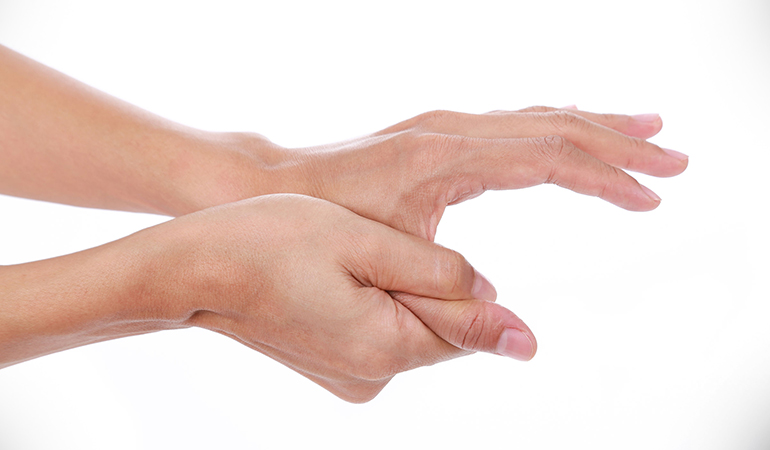 Trigger finger, known in medical terminology as stenosing tenosynovitis, is a condition that occurs when a finger or thumb becomes stuck in a bent position as if you were pressing a trigger. Once it gets released from the bent position, the finger pops straight out, like a trigger being released. In extreme cases, the finger cannot be straightened and surgery may be necessary to correct it.1

Causes And Symptoms Of Trigger Finger 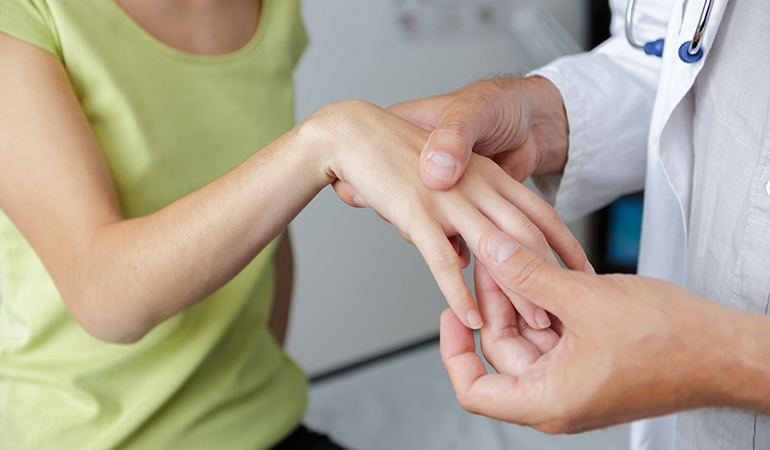 Advertisements
finger is mainly caused due to a local swelling from inflammation or scarring of the tendon sheath around the flexor tendons, which help in pulling the finger inward toward the palm. Even repetitive finger movements and local trauma are possibilities, with stress and degenerative force also accounting for an increased incidence of trigger finger, often in the dominant hand.2

Symptoms of this disease are often noticed while trying to close the fingers to grip an object. It prevents the smooth closure of the fingers, gets locked in the open position, and then suddenly snaps to a closed position, causing the “trigger” effect.

This snapping may also occur while trying to open or extend the closed finger. In extreme cases, the finger(s) may have to be manually opened or closed using mild force. Pain is generally felt at the base of the finger on the palm. 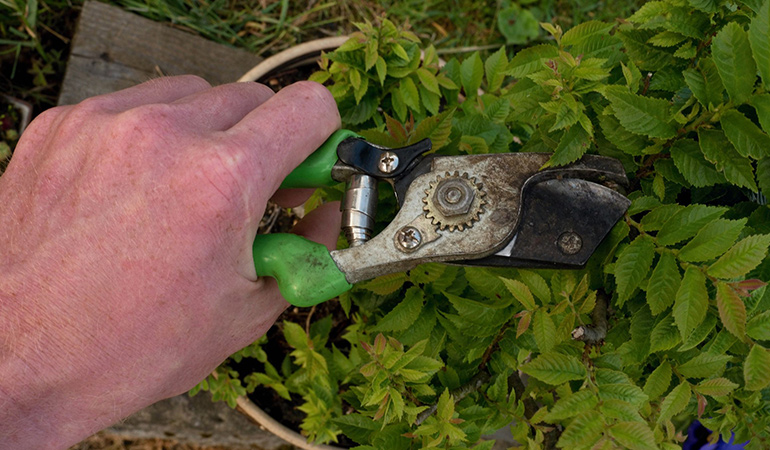 Although it can occur in anyone, it is seen more frequently in the diabetic population and in women, typically in their 50s and 60s.3 Trigger finger generally occurs as an isolated condition due to constant trauma.

Certain activities that require repeated gripping of the hands, which cause stress to the fingers such as rigorous cleaning, pruning, or gardening are the associated risk factors for this condition.

It may also occur because of an underlying condition like rheumatoid arthritis, which causes inflammation of tissues of the hand. Although multiple fingers may be affected by trigger finger, the condition does not spread from one finger to another. 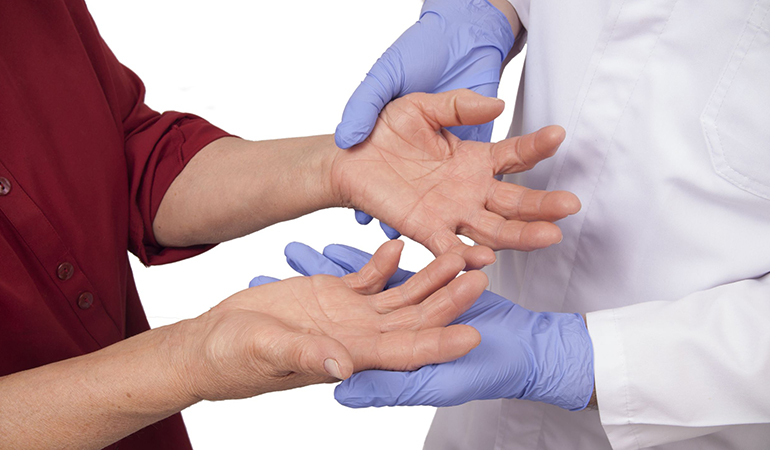 Advertisements
popping and locking of a trigger finger are typically all that is required for diagnosis. Diagnosis may also be performed based on pain, swelling, tenderness, and nodular irregularity of the involved flexor tendon in the palm of the hand.

For instant temporary relief, a locally administered cortisone injection to the tendon sheath around the affected tendon works best. But, if the condition persists even after two injections and does not respond to these treatments, surgical intervention is the only permanent cure. A surgery is usually performed to release the tendon sheath and/or remove the inflamed or scarred tissue.

Often, home remedies such as an ice pack, stretching, resting, and massaging the affected area can be helpful. However, a massage must be mild without much pressure to avoid aggravating the strained tendon. Even oral anti-inflammatory medications can help treat the condition.

Can Trigger Finger Be Prevented Or Cured? 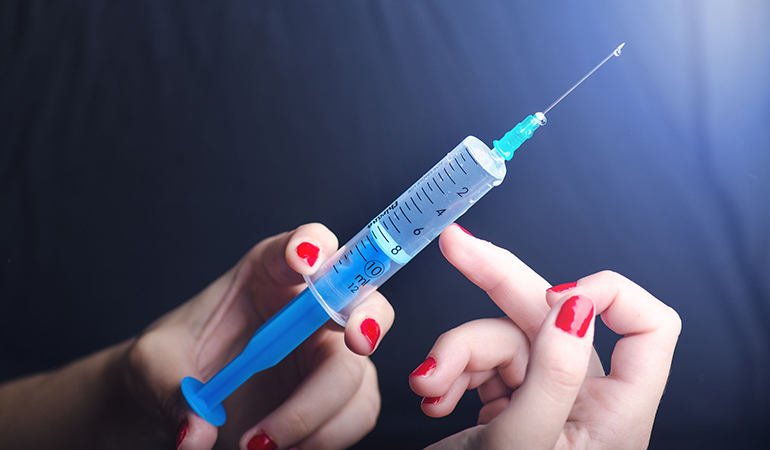 Advertisements
finger is preventable to a certain extent if strain to the finger flexor tendons can be avoided. The good news is this condition can be permanently cured. Almost all patients make a full recovery when cortisone injections are administered and the need for surgery is quite rare.