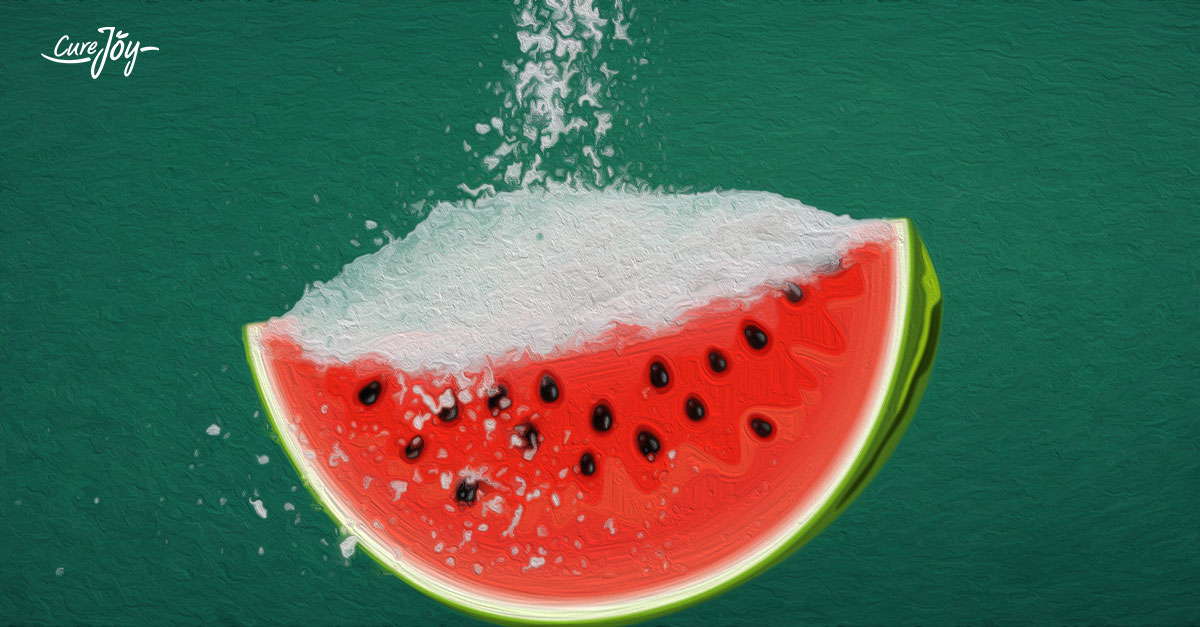 Does the thought of sugar bring up scary visions of diabetes or punishing hours at the gym, working off those extra calories? Erythritol could be just what you need to add a little sweetness to your dessert, without piling on the calories. This natural sweetener is a sugar alcohol or polyol which occurs naturally in fruits such as watermelons and pears as well as certain fermented foods. Sugar alcohols are compounds with a chemical formula that blends alcohol molecules and sugar molecules but despite their name, they don’t contain ethanol. So, you don’t have to worry about getting intoxicated by having them.1

Erythritol is 70–80% as sweet as table sugar and it works well as a sweetener in a variety of foods such as diet drinks, mints, chewing gum, and chocolate. So, what does using erythritol actually mean for your health? Let’s take a look at the pros and cons. Erythritol:

Erythritol has just 6 percent of the calories found in sugar but offers almost 70 percent of its sweetness.

2. Does Not Affect Insulin Or Blood Sugar

One of the main reasons why people choose artificial sweeteners is to avoid increasing their blood sugar. Erythritol is a good bet in that case. One study found that having 0.3 g of erythritol per kg of body weight did not increase levels of glucose or insulin. And of course, it should come as no surprise that having the same amount of glucose caused a rapid spike in insulin and glucose levels within half an hour.5

while erythritol is practically zero calorie and does not increase sugar levels, it could still pose some long-term weight gain risks. Research already shows that instead of helping with weight loss, artificial sweeteners may even lead to weight gain and other metabolic problems in the long run.12 When we cut out what we deem sinful ingredients from food, there’s a natural tendency to “reward” ourselves by overeating or eating larger portions. This tends to have implications long term and could apply as much to foods with natural sweeteners as well. So exercise portion control and stay focused on your weight goals even when you use erythritol.