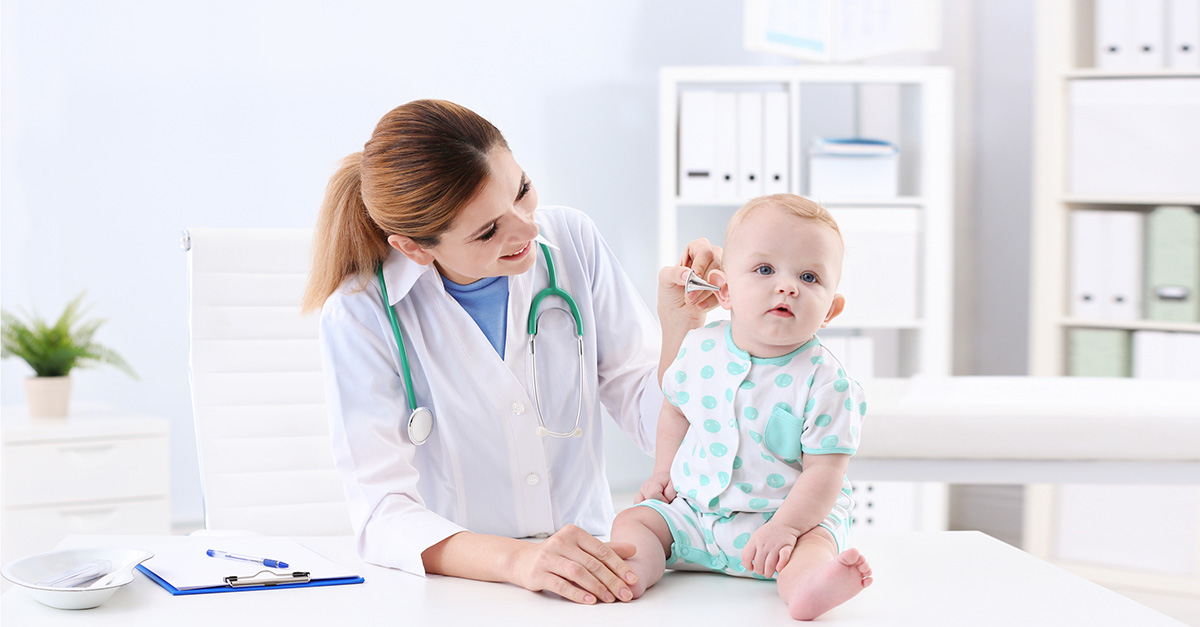 No childhood can remain untouched by illnesses. And among the scores of illnesses they can catch, Otitis Media, happens to be one of the most frequently diagnosed ones in babies and toddlers.


In fact, as many as 75% children go through at least one episode by the time they’re 3 with as many as half of them experiencing 3 or more episodes during these first 3 years of their life.

What is Otitis Media?

Otitis Media is a condition that causes an inflammation in the middle ear of young children due to a build-up of fluid that may or may not be infected. This is because a tube in the middle ear known as the eustachian tube is smaller and more horizontally placed in growing children than in adults, making it prone to being blocked by fluids from conditions like infections and until kids grow to an age when the angle and the size of the tube changes, they remain susceptible to Otitis Media.

The severity of this condition varies widely from one child to another. From lasting for a short duration without any pain or fever and with just a mild and temporary loss of hearing,

Advertisements
media can also occur repeatedly causing infection and an accumulation of a sticky, glue-like fluid in the ear, resulting in permanent hearing loss.

How does Otitis Media cause a loss of hearing?

Otitis Media almost always causes fluctuating conductive hearing loss and happens to be the most common cause of hearing loss in young children. Inside a child’s ear, there are three small bones that carry sound from the eardrum to the inner ear. When there’s fluid in the middle ear, the vibrations from the sound do not get transmitted efficiently, making the sounds appear muffled or inaudible to the child.

Usually this type of conductive hearing loss is temporary. But with frequent occurrence, the eardrum, bones or even the hearing nerve can suffer damage causing a permanent, sensorineural hearing loss.

Can Otitis Media cause speech problems in children?

A child learns language and speech skills by listening to other people talk and the first few years of his or her life are critical for these skills to develop.

Advertisements
the child experiences a loss of hearing, this learning tends to slow down considerably. This becomes especially challenging if Otitis Media presents without an underlying infection and in the absence of symptoms, parents have no way of knowing there is anything wrong with the child’s hearing, and weeks and sometimes even months pass before parents even begin to suspect a problem. And during this time, the child may have missed critical development in his speech and language skills.

How can I know if my child might have Otitis Media?

Even in the absence of pain or fever, these are signs to watch out for, that can point to chronic or frequent fluid in the ears:

What should I do?

Being a parent and the primary caregiver, you are the best judge when it comes to signs that might indicate poor hearing in your child. Let your instincts guide you when symptoms aren’t very apparent.

If you suspect that your child may have an ear infection a pediatrician should handle his or her treatment. But if your child has been showing signs of a middle-ear-disorder, you would need to consult an audiologist who can evaluate your child’s hearing, check for any impairment and suggest further steps accordingly.

Advertisements
you would need to see a speech pathologist who can measure your child’s language and speech skills to ensure he or she’s on track and suggest remedial steps, if required.

What Causes Hearing Loss In Children?