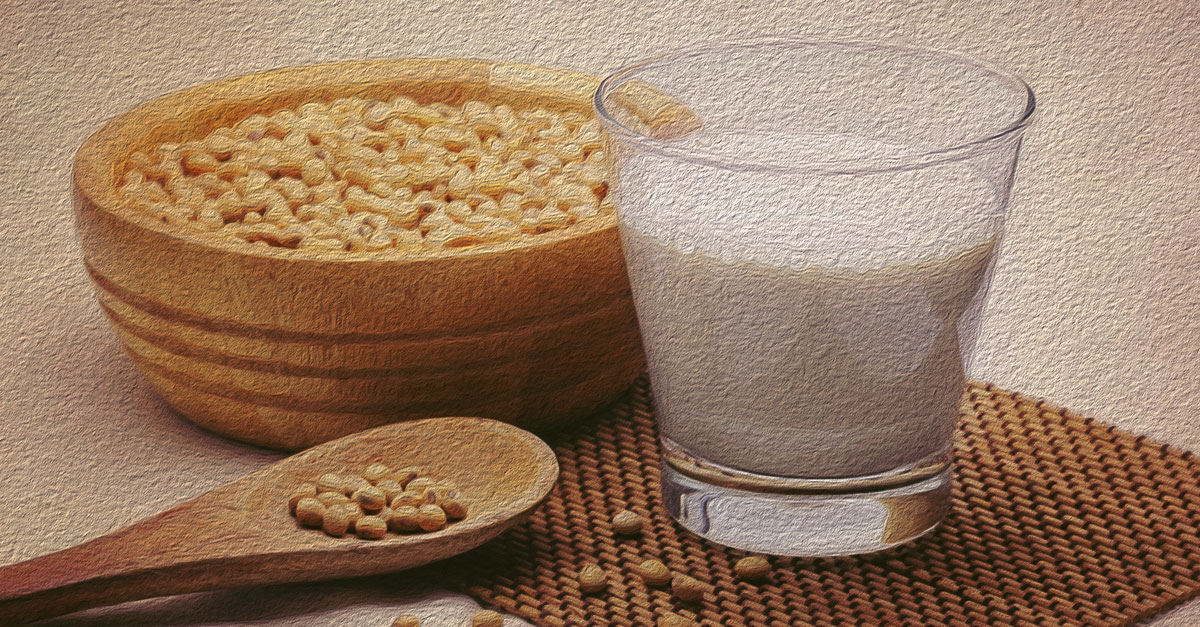 Soy is a staple for many vegans, the lactose intolerant, and people who just plain love tofu and soy! But when it comes to getting calcium from your diet, how much can you expect to chalk up from soy-based foods? From obvious ones like soy milk to the less obvious forms of soy like the green edamame beans so popular in Asia and now the world over, soy can be encountered in many forms and guises. So, if you’re wondering whether soy milk, yogurt, or curd cheese are equally rich in calcium or have calcium at all, you’ll find some answers right here.

Calcium is a mineral that’s largely stored in your bones and teeth, with a little (about 1%) in your blood, fluid between cells, and muscles. Besides helping give you strong teeth and bones, it is also important for aiding the contraction and expansion of both your blood vessels as well as muscles. It also plays a part in enzyme and hormone secretion and nervous system messaging.1

But before diving into whether or not soy has calcium, here’s a primer on how much calcium you should aim at. If you’re an adult under 50, your recommended dietary allowance (RDA) for calcium stands at 1,000 mg a day even when you’re pregnant or lactating. Intake needs to be upped to 1,200 mg for women over 51 years and men over 71 years.2 The United States Food and Drug Administration has set the updated daily values (DV) for calcium intake at 1,300 mg per day.3 And here’s a look at how each kind of soy stacks up against this value.

Soy milk is by far the most commonly available and convenient way to get your soy. Available in plain or flavored variants, it may come fortified or as regular soy milk. A cup of plain or vanilla flavored soy milk has 61 mg of calcium, which meets just 4.1% DV.4 That’s hardly enough if you’re counting on soy as a major calcium source. Fortified soy milk, on the other hand, has as much as 299 mg per cup. This accounts for 23% DV, making it a calcium-rich food.5 Plus it often also contains added vitamin D, which is good for bone health too. You can use the milk as a base for smoothies, in recipes that use milk like sauces, or just drink it up plain.

Soybeans contain 125 mg of calcium in a cup of the boiled mature seeds. That’s 9.6% DV – not bad but not enough to qualify as a calcium-rich food. This tag is generally assigned to foods with 20% DV or more.6 Still, if you are having your calcium from other calcium-rich sources, soybeans are not a bad addition to the diet. You can use them in stews or soups and even add them to a rice recipe.

Not everyone realizes that edamame, the seemingly exotic Asian bean, is essentially a young immature green soybean, usually cooked and served in the pod. A cup of edamame has 98 mg of calcium, which meets 7.5% DV of the nutrient.7 You can have the beans steamed or roasted, just plain or with some spices. Shell them and add them to rice with vegetables or coconut or use them in steamed dumplings. Or even make a vibrant green dip out of them.

If you enjoy your regular dairy-based yogurt, how does soy yogurt compare on the calcium charts? Regular plain low-fat yogurt packs in a whopping 183 mg of calcium per 100 gm serving (nearly half of an 8 ounce pack). That meets 14.1% DV of calcium.8 Fortified soy yogurt, on the other hand, has 120 mg in 100 gm, offering 9.2% DV.9 So if you’re avoiding dairy yogurt, soy yogurt does give you calcium, even if it is a little less. Have yours as it is or use it to whip up a delicious smoothie or parfait.

Firm tofu, made with calcium sulfate alone, contains a staggering 861 mg of calcium in every half cup (66.2% DV).10 If it is calcium-fortified or made from soy milk that’s fortified, you’ll end up getting more calcium. A half-cup serving of firm tofu made with calcium sulfate and magnesium chloride (nigari) contains 253 mg of calcium, which is 19.5% DV of the mineral.11 If you like soft tofu more, that’s slightly lighter on calcium – a half cup gives you 137.5 mg or 10.6% DV of the mineral.12 So just check how your tofu has been made. If it is packaged, read the labels to be sure you’re getting as much calcium as you expect.

While soy foods can’t be your mainstay for calcium if it’s not fortified, it can add to your calcium intake. To get to the recommended levels, complement these with other foods. Dairy foods like milk, yogurt, and cheese, green leafy vegetables, fish like canned sardines or salmon where you can eat the soft bones for the calcium, and calcium-enriched foods like fruit juices, cereals, and rice drinks can all help you bring in some variety as soy alternatives.13