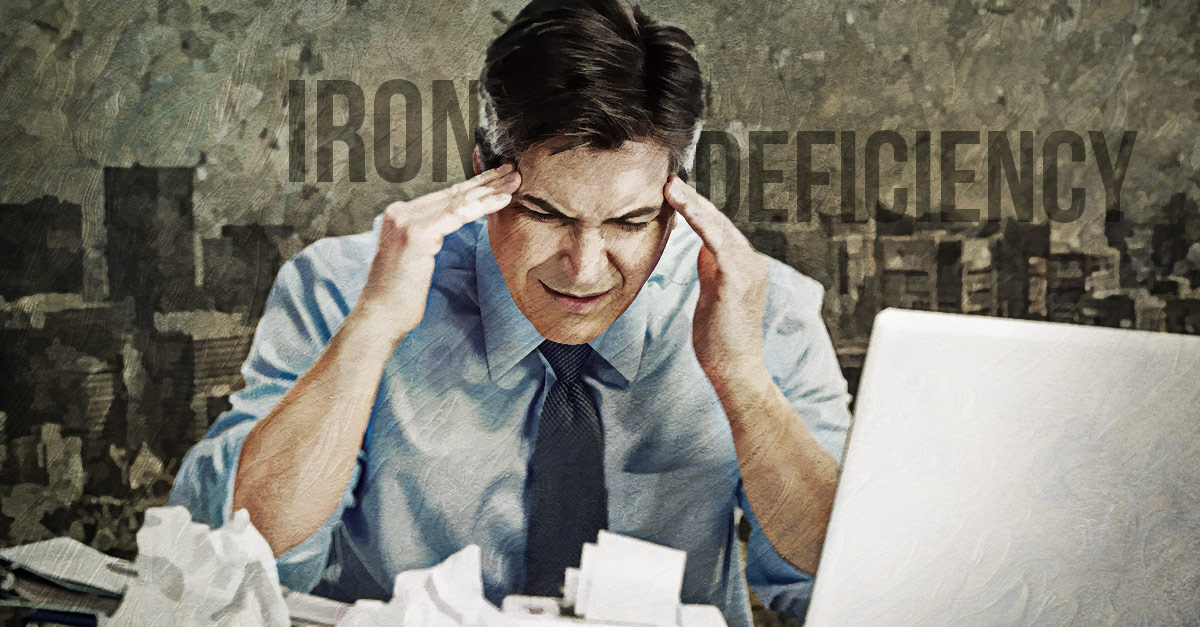 Are you worried that you may have an iron deficiency? An iron deficiency, while not common in the general population in countries like the United States, may still be a very real possibility for certain segments like pregnant women or children who are deemed high risk. Since iron plays a major role in maintaining normal body function, forming hemoglobin, enabling normal blood flow and oxygen transportation around the body, and producing many enzymes and proteins in the body, ignore the problem and you may see severe symptoms.1 And while many of us know of certain iron deficiency diseases like anemia, others conditions like pica or even hair loss still fly under the radar.

Your body does not make iron but essentially absorbs it from the food you eat. Here’s a look at how much iron you actually need every day:2

Only 10–30% of the iron you have is used by your body. Iron levels are usually regulated in your gastrointestinal tract, with the system absorbing iron here to maintain iron stores and ensure adequate iron in your body.3 While the total body iron in men averages 3.8 gm, the amount in women is about 2.3 gm with individual variations. You lose approximately 1 mg of the mineral through feces and via your skin and mucosal cells. In addition, women lose some iron via menstrual blood and during childbirth and postpartum.

Sometimes, a health condition can make your body less able to absorb and store iron or cause you to lose more iron. A life stage like puberty or pregnancy may also mean you need more iron than normal. For some people, the dietary intake may simply be inadequate. All of these can result in an iron deficiency.4 And when it’s not tackled in time, an iron deficiency can lead the way to more serious health problems.

Iron deficiency as well as anemia can bring on other problems. Here’s a look at some diseases that you may encounter as someone with iron deficiency.

Restless legs syndrome (RLS) is often linked to diabetes, chronic kidney disease, a thyroid problem, and rheumatoid arthritis. But did you know an iron deficiency is also one of the possible causes? Low iron levels may lower levels of neurotransmitter dopamine, causing you to develop RLS.9 Watch for these signs:10

Due to RLS, you may notice that you constantly pace when you are standing, move your legs when seated, and toss and turn when you are lying down.

One study found that nearly 61% of subjects with sudden hearing loss had iron deficiency or iron deficiency anemia, suggesting a link between the two problems.11 In addition, anemia is one of the many causes of tinnitus or a ringing in the ears.12 You may hear these kinds of sounds if you have tinnitus:13

Pica is an urge to eat nonfood items like ice, dirt, clay, hair, or paper. Pregnant women and pre-teens are more at risk than others. One type of this eating disorder is linked to an iron deficiency. A typical sign of pica is an urge to eat or eating of nonfood substances like soap, hair, cloth, wool, chalk, talcum powder, metal, ash, pebbles, charcoal, clay, ice, starch, gum, soil, string, or paper.16

What’s more, even if your pica is not caused by an iron deficiency, your iron absorption will reduce because of high amounts of nonnutritive substances in your body. Iron therapy may, therefore, help in these cases as well.17

Advertisements
the behavior to put everything in the mouth is normal in children who are two years or under and should not be considered pica. This is just a normal development stage little children go through.

One of the causes of mouth ulcers or oral ulcers is inadequate iron levels in the body. Women, in general, tend to be more prone to iron deficiency as you’ll see in the next section. In one study, researchers investigated levels of serum ferritin, an indicator of iron deficiency anemia, in female oral ulcer patients. They found that these levels were low in as many as 66% of the women tested.18 So if you have painful open sores in your mouth, it might just be due to an iron deficiency.